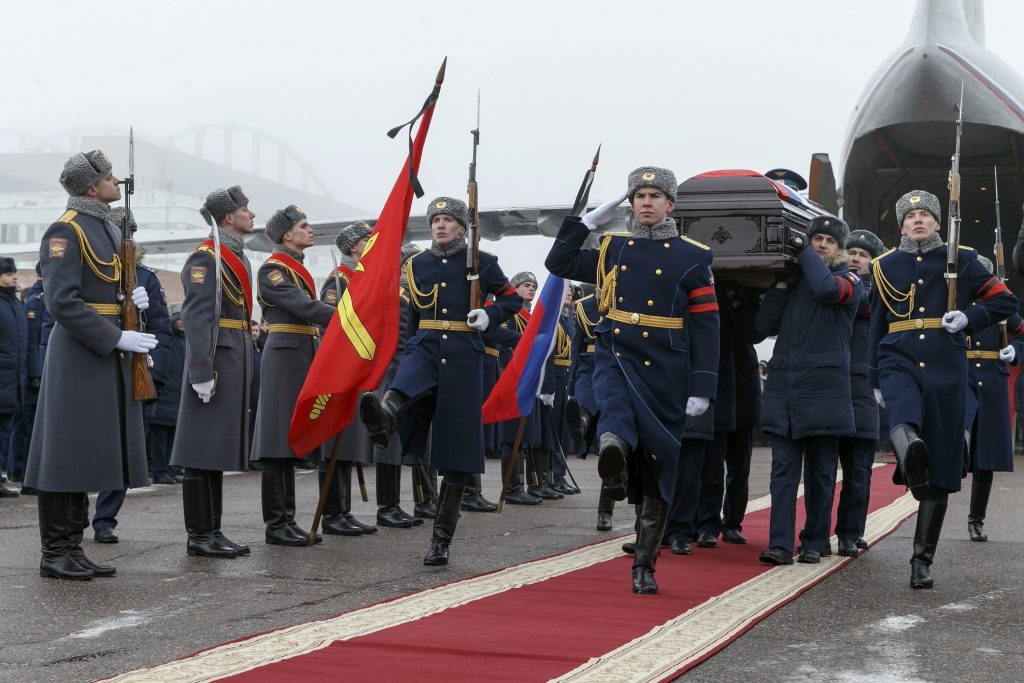 Tens of thousands of Russians attended a mourning ceremony Thursday for a Russian pilot who blew himself up to avoid being captured by the terrorists in Syria who downed his plane.

Maj. Roman Filipov bailed out successfully Saturday from the burning plane over Syria’s northern Idlib province, but was surrounded by al-Qaida-linked terrorists when he landed. The Russian Defense Ministry said he engaged in a gun battle with the terrorists and then blew himself up with a hand grenade when they came close.

President Vladimir Putin has posthumously awarded Filipov with the nation’s highest medal, the Hero of Russia.

Filipov’s body has been repatriated to Russia. Russian Defense Minister Sergei Shoigu and the top military brass paid tributes to him at an air base outside Moscow before his body was flown to the southwestern city of Voronezh for the funeral.

Over 30,000 people attended the funeral ceremony for the married pilot with a four-year-old daughter.

Filipov’s Su-25 ground attack jet was struck by a portable air defense missile, the first time a Russian warplane has been shot down by insurgents since Moscow launched an air campaign in support of Syrian President Bashar Assad’s forces in 2015.

The Russian military is investigating where the missile had come from and has warned that such missiles could threaten civilian aircraft.