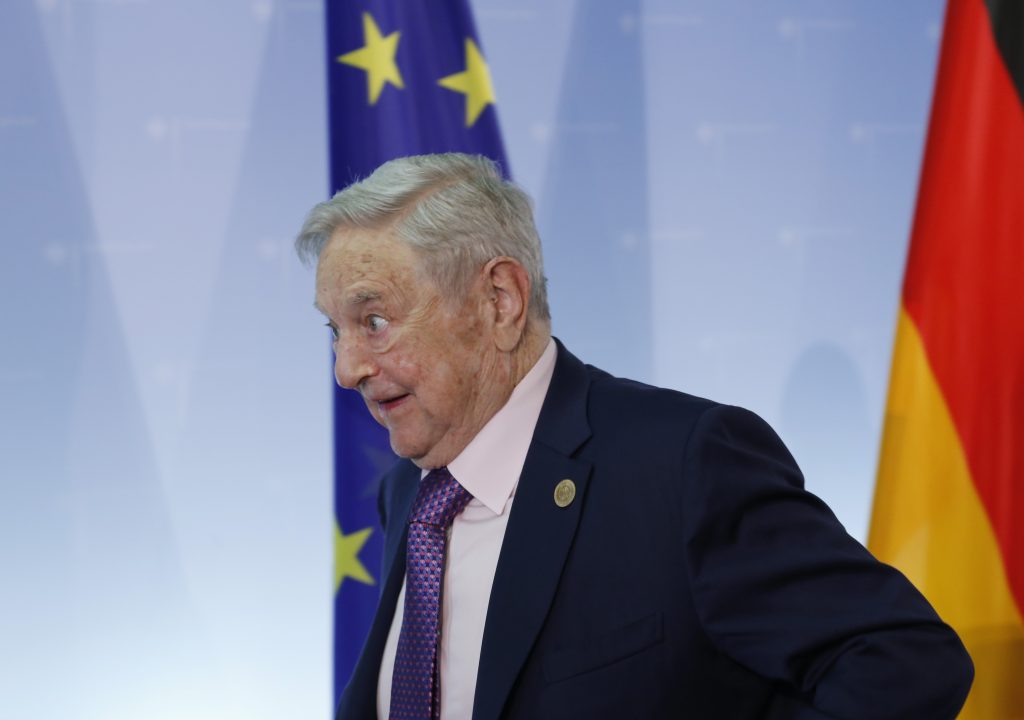 News that billionaire financier George Soros is a backer of a campaign group seeking to keep Britain in the EU added fire to Britain’s Brexit debate on Thursday, with supporters of quitting the bloc accusing opponents of plotting a “coup.”

The Best of Britain campaign group confirmed it had received 400,000 pounds from Soros. Soros, best known in Britain for earning billions betting against the pound in the early 1990s, is the target of a hostile media campaign by the nationalist government in his native Hungary and a hate figure for rightwing campaigners in eastern Europe and the United States.

Best of Britain said it had obeyed all rules on political funding in accepting the donation from Soros.

Prime Minister Theresa May’s office repeated its long-standing position that the decision to leave the EU in 2019 after a vote in 2016 was final and would not be reversed. It also defended the right of campaign groups to accept donations.

The Daily Telegraph newspaper, which first reported Soros’s involvement, said the 87-year-old former hedge fund manager was backing a “secret plot” to stop Brexit. The article was written by Nick Timothy, a former chief of staff to May.

Mark Malloch-Brown, a former British diplomat who is chair of the Best for Britain campaign group, said the group had never hidden its aims, which include staying in the EU.

“George Soros’s foundations have, along with a number of other major donors, also made significant contributions to our work,” Malloch-Brown said in a statement, confirming that Soros had contributed 400,000 pounds through his charitable foundations.

May’s spokesman said: “There are many political and campaign groups in this country, that’s entirely right and as you would expect in a democracy.

“The prime minister’s position on this matter is clear, the country voted to leave the European Union, that’s what we are going to deliver and there won’t be a second referendum.”

Ever since the shock vote, supporters of EU membership have been exploring an array of different legal and political methods to prevent what they see as the biggest mistake in post-World War Two British history.

Brexiteers say such efforts threaten political stability as they go against the democratic will of 17.4 million people. They have vowed to fight any attempt to stop Brexit.

“The new Soros-led coalition is planning a coup in Britain, against the democratic will of the people,” Richard Tice, who chairs the Leave Means Leave campaign group, told Reuters. “They have been outed and will be defeated.”

May, whose government and party is divided over Brexit, has just eight months to strike a deal with the EU on the terms of Britain’s withdrawal.

Opponents of Brexit hope to focus their efforts on blocking British parliamentary approval for the exit deal, a step that if successful could sink May’s premiership. There is, though, little sign so far of a change in opinion among voters, and the supporters of EU membership lack a popular leader who could unite the disparate groups opposed to Brexit.

With no deal, Britain would face a disorderly Brexit that many investors fear would imperil Britain’s $2.7 trillion economy, disrupt trade across the world’s biggest trading bloc and undermine London’s position as the only financial center to rival New York.