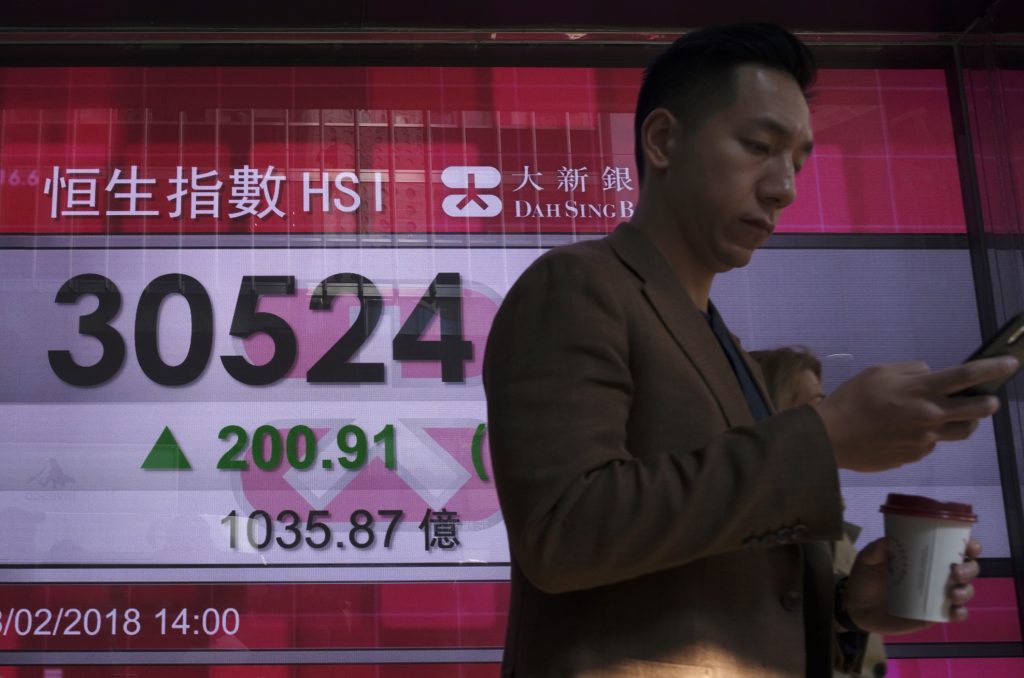 While the deal was a rare display of bipartisanship that should stave off a government shutdown, it looks set to widen the U.S. federal deficit further, and could fan inflation worries and prompt the Fed to raise interest rates faster.

“The scale of increase in spending was much larger than what markets were expecting just a few months ago. It will have as big impacts as tax cuts. Since the markets haven’t priced this in yet, U.S. bonds could be sold for another week or so,” said Tomoaki Shishido, fixed income analyst at Nomura Securities.

Combined with an expected economic boost from President Donald Trump’s planned tax cuts, the increased deficit spending could overheat already strong U.S. growth and accelerate inflation to levels not seen for over a decade.

The Senate and the House were both expected to vote on the proposed deal on Thursday, amid some opposition on both sides of the aisle.

MSCI’s broadest index of Asia-Pacific shares outside Japan ticked up 0.3 percent, led by gains in India, though it remained not far off its six-week low touched on Tuesday.

Japan’s Nikkei rose 1.1 percent, though it was still down almost six percent so far this week.

Investors remained on edge after a big selloff in equities in the past few days on worries about the prospects of rising interest rates around the world, which would shut off the liquidity spigot that has underpinned an exuberant rally in riskier asset.

U.S. stocks ran out of steam on Wednesday after an early surge, with the S&P 500 ending down 0.50 percent and the Nasdaq Composite losing 0.9 percent.

The Cboe Volatility Index, known as the VIX and often seen as investors’ fear gauge, fell 2.3 points to 27.73, but that was still more than twice the levels generally seen in the past few months.

Andrew Milligan, Head of Global Strategy at Aberdeen Standard Investments, said in a note it was not a surprise to see a market correction after a long period of low volatility.

“This [low volatility] was aided by central bank QE policies continuing to inject sizable amounts of liquidity into a wide range of financial assets, as well as the steady state of the global economy continuing to reassure investors,” he said.

“All in all, the probability of a correction has increased over time, which creates a good opportunity for active investors, as long as long-term drivers remain positive.”

China’s trade data showed the country’s exports and imports beat market expectations in January, rising 11.1 percent and 36.9 percent from a year earlier respectively, underscoring the strength of the global economy.

The dollar was supported after the budget deal in Washington, rising against a broad range of currencies.

The euro dipped to $1.2276, staying near its lowest level in two weeks.

The New Zealand dollar fell to four-week lows after New Zealand’s central bank lowered its forecasts for inflation right out to 2020 while saying volatility in equity markets this week was a warning sign that global investors are nervous about the risk of higher inflation and rising interest rates.

The British pound fetched $1.3903, not far from Tuesday’s two-week low of $1.3838, ahead of the Bank of England’s Monetary Policy Committee meeting later in the day.

The Chinese yuan, which posted its biggest monthly gain ever last month, also stepped back 0.5 percent to 6.3205 yuan per dollar.