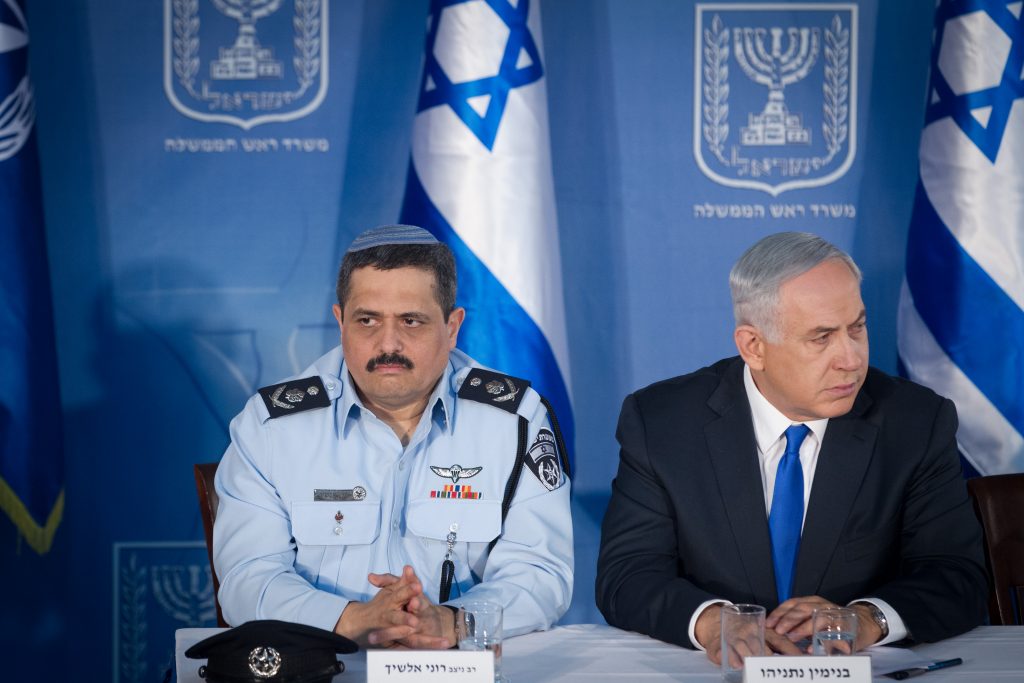 Prime Minister Binyamin Netanyahu slammed Israel Police Chief Roni Alshich after the latter held a meeting Wednesday to discuss whether police will recommend that the prime minister be indicted on corruption charges. The police decision on the matter is expected next week.

Alshich made the comments in an interview Wednesday night, after meeting with top staff on the Netanyahu case. “The investigators in the Netanyahu case are constantly pestered by people who annoy their families, their neighbors, and who appear to be collecting information about them. These are professionals who know what they are doing,” Alshich said in the interview. “I didn’t say politicians were behind this, but I do say that certain powerful people – and we know who they are – have hired them,” he added.

“Many people are asking where this is going,” Netanyahu wrote in his post. “I want to calm everyone down: There will be nothing because there is no case. Israel is a state of laws, and the law says that if there is evidence against the prime minister, it is up to the State Attorney to decide with the State Prosecutor what to do. The Prosecutor’s Office said recently in the Knesset that at least half of the police recommendations amount to nothing. We expect ‘recommendations,’ we know there will be signs reading ‘Netanyahu go home,’ and all sorts of pressures. But I am positive that at the end of the day the authorities will agree with me – that there is no case.”

Response by Netanyahu’s political rivals has been sharp. Zionist Camp chairperson Avi Gabay said that Netanyahu “is acting like a senior mob boss, attacking police and prosecutors. Netanyahu is shaming the police chief, and this is unfair. Instead of asking for the investigation to be completed quickly, Netanyahu instead tries to strip Israelis of their faith in police. I expect Netanyahu to apologize for these comments.” Yesh Atid head Yair Lapid also slammed Netanyahu, saying that “his attack on police even before they make their recommendations is an act of desperation by someone who is trying to use his high position to threaten the legal authorities and to insult the police that protect us.”