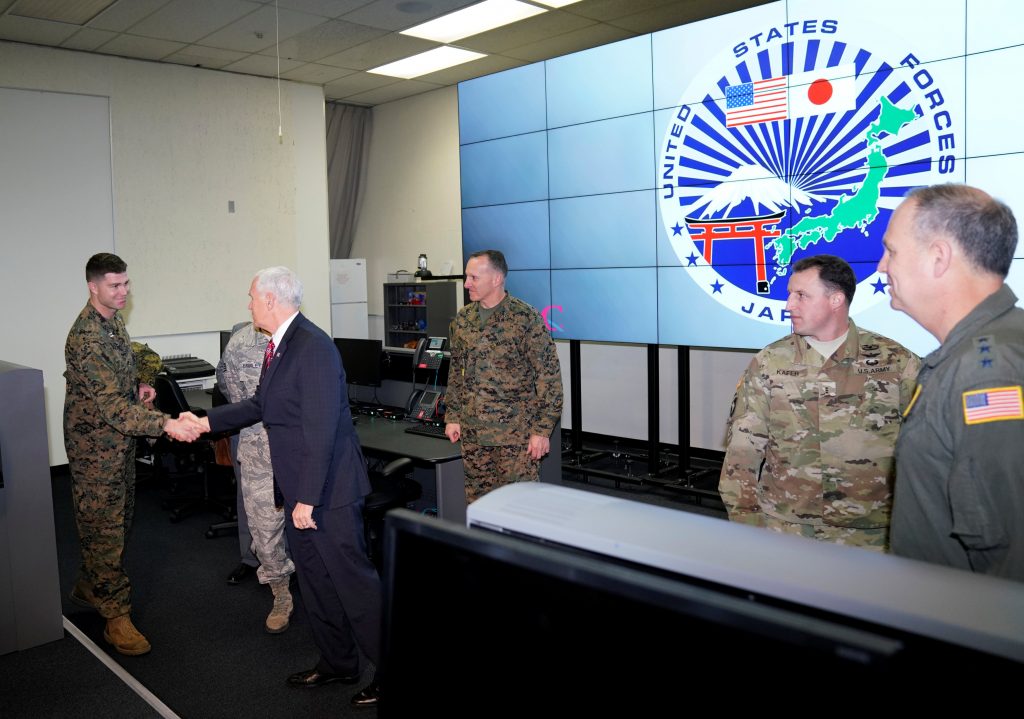 North Korea has no intention of meeting U.S. officials during the Winter Olympics that start in South Korea on Friday, state media reported, dampening hopes the Games will help resolve a tense standoff over the North’s nuclear weapons program.

U.S. Vice President Mike Pence, who described North Korea as the world’s most tyrannical regime, arrived in South Korea on Thursday ahead of the opening ceremony in the mountain resort of Pyeongchang, just 50 miles from the heavily armed border with the reclusive North.

The ceremony will also be attended by a senior delegation of North Korean officials, including the younger sister of leader Kim Jong Un and the North’s nominal head of state, Kim Yong Nam.

The sister, Kim Yo Jong, and other members of her entourage will travel by private jet to Seoul’s Incheon International Airport on Friday afternoon, North Korea informed the South on Thursday.

The North’s delegation, including Kim Yo Jong, will also meet South Korean President Moon Jae-in and have lunch with him on Saturday.

“We have never begged for dialogue with the U.S. nor in the future, too,” the North’s KCNA news agency reported, citing Jo Yong Sam, a director-general at North Korea’s Foreign Ministry.

“Explicitly speaking, we have no intention to meet with the U.S. side during the stay in South Korea … Our delegation’s visit to South Korea is only to take part in the Olympics and hail its successful holding.”

Pence said the United States had not requested talks with North Korean officials, but left open the possibility of some contact.

“But if I have any contact with them, in any context, over the next two days, my message will be the same as it was here today: North Korea needs to, once and for all, abandon its nuclear and ballistic missile ambition,” Pence told reporters as he left Japan.

Earlier in the week, Pence said Washington would soon unveil “the toughest and most aggressive round of economic sanctions on North Korea ever.”

South Korea wants to use the Olympics to re-engage with North Korea and open the way for talks to resolve one of the world’s most dangerous crises, in which President Donald Trump and Pyongyang have swapped bellicose threats of nuclear war.

Hinting at more engagement with Pyongyang, Seoul said it would be open to discuss resuming tours to North Korea’s scenic Mount Kumgang once the security of tourists was guaranteed and conditions relating to North Korea’s nuclear program were met.

All sides, not just the two Koreas, needed to work hard and dialogue between the United States and North Korea should be expanded for this to happen, Wang said.

“You can’t have it that one person opens the door and another closes it,” he said.

Pence will meet Moon on Thursday. On Friday, before he attends the Olympic opening ceremony, Pence will visit a memorial for 46 South Korean sailors killed in 2010 in the sinking of a warship that Seoul blamed on a North Korean torpedo attack.

Pence is taking along the father of Otto Warmbier, an American student who died last year after being imprisoned in North Korea for 17 months.