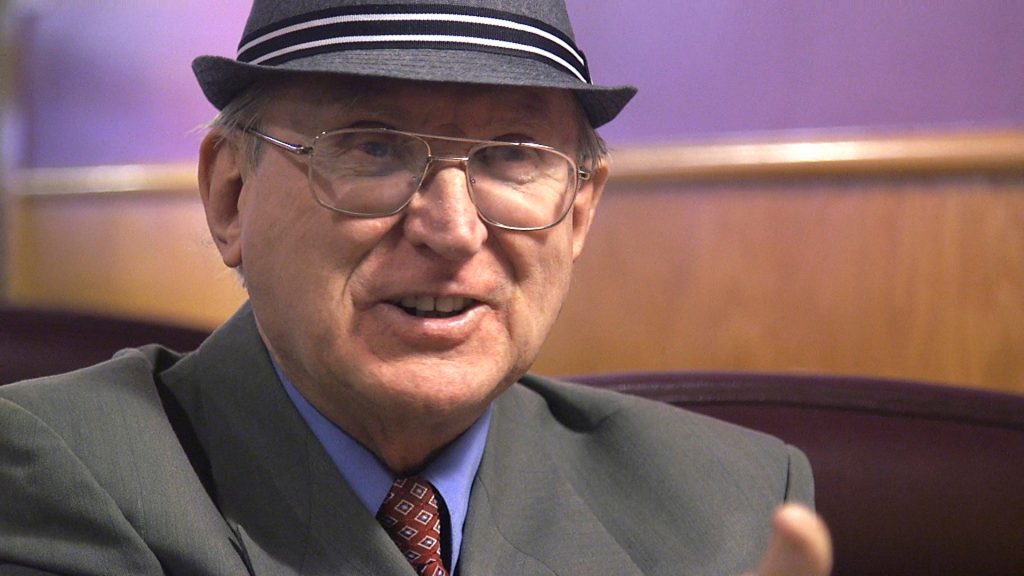 It outlines the Republican candidate’s education background, his stance on issues and how to donate to his campaign to represent the Illinois’ Third Congressional District.

It also lays out Jones’ unapologetically racist and anti-Semitic views.

In a section called “Holocaust?” Jones describes the atrocities as a “racket” and “the biggest, blackest, lie in history.” Under another tab titled “Flags of Conflict,” he lists the Confederate flag first and describes it as “a symbol of White pride and White resistance” and “the flag of a White counter revolution.”

And in his most recent blog post – dated Aug. 24, 2017 – Jones railed against “Radical Leftists” and blamed them for starting racial violence in Charlottesville, Virginia, about two weeks before. Heather Heyer, 32, who had been there to protest white supremacists, died after a self-professed neo-Nazi drove a car into a crowd of demonstrators. He was charged with second-degree murder. Jones painted the death as an accident.

Despite his views, Jones is all but certain to become the GOP nominee for one of Illinois’s most prominent congressional districts, one that includes parts of Chicago and several suburbs to the west and southwest. Jones is running unopposed in the Republican primary – and the deadline to file to run against him was in early December.

His chances of winning the seat are extremely slim. The district is rated “safely Democratic,” according to Ballotpedia, and two Democrats are facing off against each other: Daniel Lipinski, the incumbent, and Marie Newman. An independent candidate, Mat Tomkowiak, withdrew from the race earlier.

Still, even getting that far in the race was a new milestone for Jones. Over three decades, he has unsuccessfully thrown his hat into the ring for the Third Congressional District seat seven times, according to the Chicago Sun-Times. Jones’s candidacy comes at a time when far-right groups have had new clout in the national discussion: Some hate groups have ramped up recruitment on college campuses and, for a time, alt-right leaders imagined they had an ally in the White House in the form of Steve Bannon, a former adviser to President Donald Trump.

And when Chicago Sun-Times reporter Frank Main drove to Lyons, Illinois, the suburb where Jones lives, the candidate was no less vocal about his extreme views.

“Well first of all, I’m running for Congress not the chancellor of Germany, all right?” Jones said. “To me, the Holocaust is what I said it is: It’s an international extortion racket.”

Jones did not immediately respond to interview requests Sunday afternoon. It’s unclear how he arrived at the opinion that the Holocaust, a systematic genocide in which an estimated 6 million Jews were killed by the Nazi regime, was a sham.

In 2016, the state election board tossed Jones from the ballot for the Third Congressional District for “flagrant disregard of the election code,” the Chicago Tribune reported, although a lawyer for the board did not specify why Jones’s signatures were not valid.

The newspaper that year also highlighted Jones’ former membership in the American National Socialist Workers Party, which the Southern Poverty Law Center lists as a relatively recent offshoot of the National Socialist Movement, “one of the largest and most prominent neo-Nazi groups in the United States.”

“The Illinois Republican Party and our country have no place for Nazis like Arthur Jones,” Schneider told the newspaper. “We strongly oppose his racist views and his candidacy for any public office, including the 3rd congressional District.”