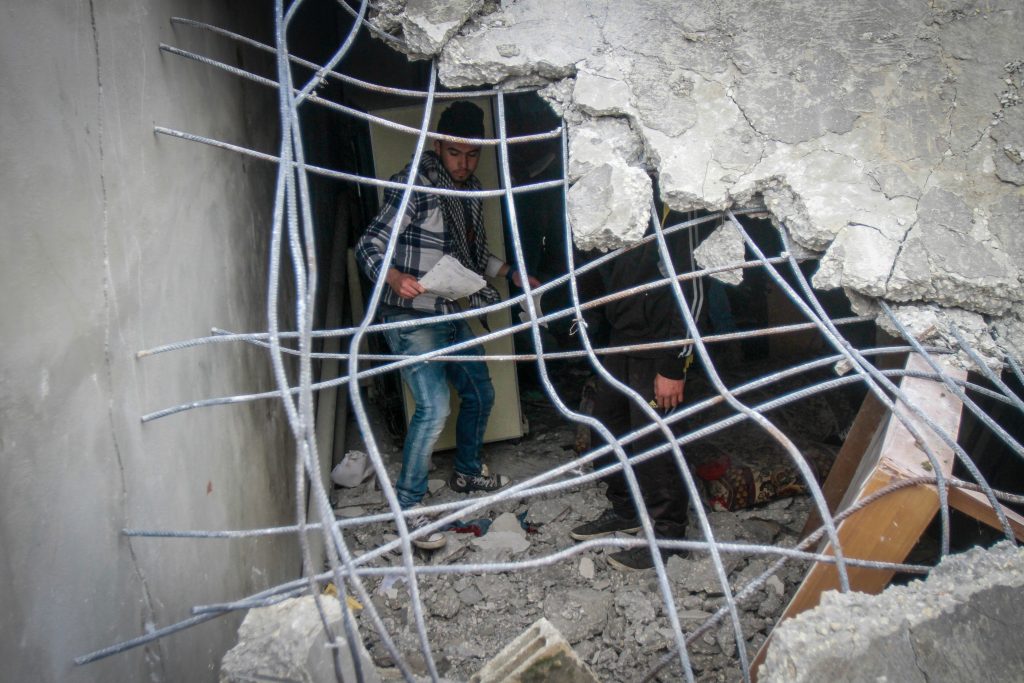 Hamas on Thursday accused the Palestinian Authority of helping Israel to track down Ahmad Jarrar, who murdered Rabbi Raziel Shevach, Hy”d, in early January in a drive-by shooting near Chavat Gilad in central Shomron. The Izz a-din al-Kassam military wing of Hamas said that PA security officials provided Israel with “tips” that enabled them to track down Jarrar.

Overnight Monday, security forces eliminated Jarrar, who was holed up in a dilapidated structure in the village of Yamoun in northern Shomron. The Shin Bet said in a statement that security forces surrounded the structure, and Jarrar ran outside, brandishing an M-16 weapon and several bombs. He was shot on the spot. No injuries were reported among security forces. Numerous accomplices who helped Jarrar carry out the attack have been arrested in recent weeks.

Hamas said that the PA cooperated with Israel in the elimination of Jarrar, with Israel “ceaselessly threatening the bankrupt PA leadership” in order to intimidate it into giving up the terrorist. According to the terror group, Jarrar was not found right away because he moved around constantly, taking refuge in different Palestinian villages. Hamas continued to praise Jarrar, saying that he died a “martyr,” armed to the teeth with guns and bombs as he confronted IDF soldiers.

At a ceremony Tuesday, Fatah, the terrorist group that runs the Palestinian Authority and which is under the authority of PA chief Mahmoud Abbas, feted Jarrar as a martyr and “young lion,” Palestinian Media Watch reported. He was praised for facing Israeli soldiers who came to arrest him, instead of running away. A poster portraying Jarrar as a hero also features an image of his father – Nasr Jarrar, a Hamas terrorist who attempted to carry out two terror attacks in Israel before he was eliminated in 2002.