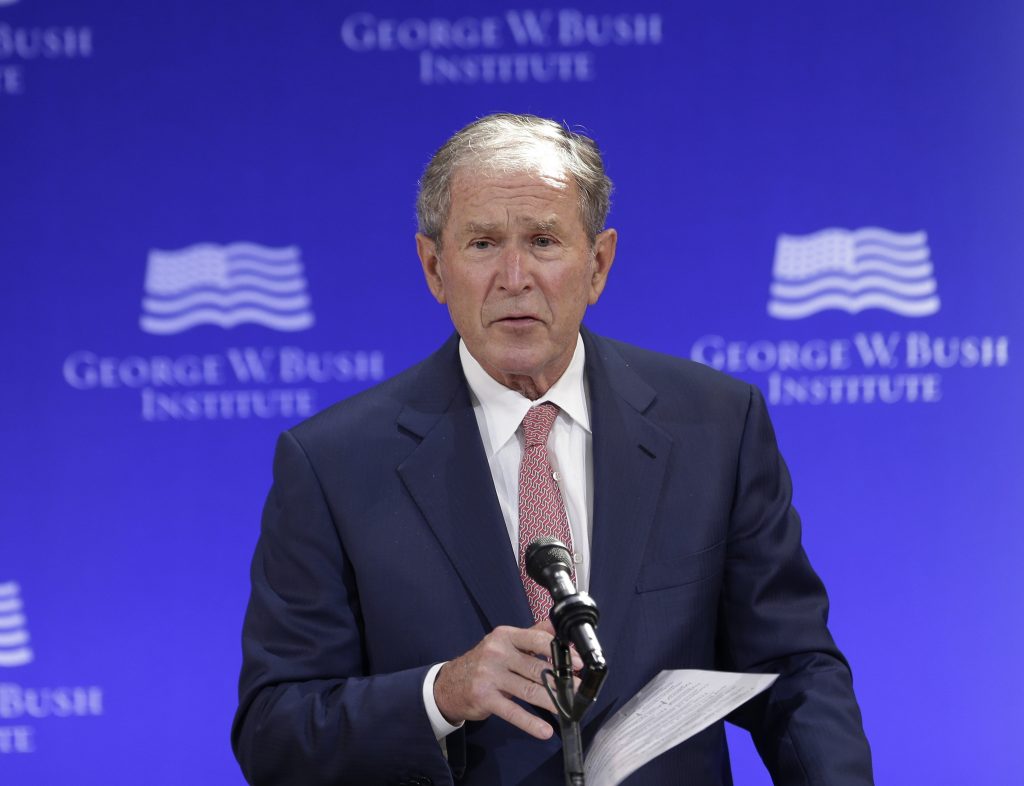 While never mentioning President Trump by name, Bush appeared to be pushing back on Trump’s attempts to have warmer relations with Russia, as well as on his comments about immigration.

The White House did not immediately comment on Bush’s remarks.

“There’s pretty clear evidence that the Russians meddled,” Bush said at a talk in Abu Dhabi, the capital of the United Arab Emirates. “Whether they affected the outcome is another question.”

Bush also said that “it’s problematic that a foreign nation is involved in our election system. Our democracy is only as good as [when] people [can] trust the results.”

U.S. intelligence agencies have concluded that Russia meddled in the 2016 election to help Trump win. Numerous investigations are under way to determine whether Trump’s campaign aided the Kremlin in its efforts.

Trump has repeatedly denied any “collusion” with Russia.

“He’s got a chip on his shoulder,” Bush said of Putin. “The reason he does is because of the demise of the Soviet Union troubles him. Therefore, much of his moves [are] to regain Soviet hegemony.”