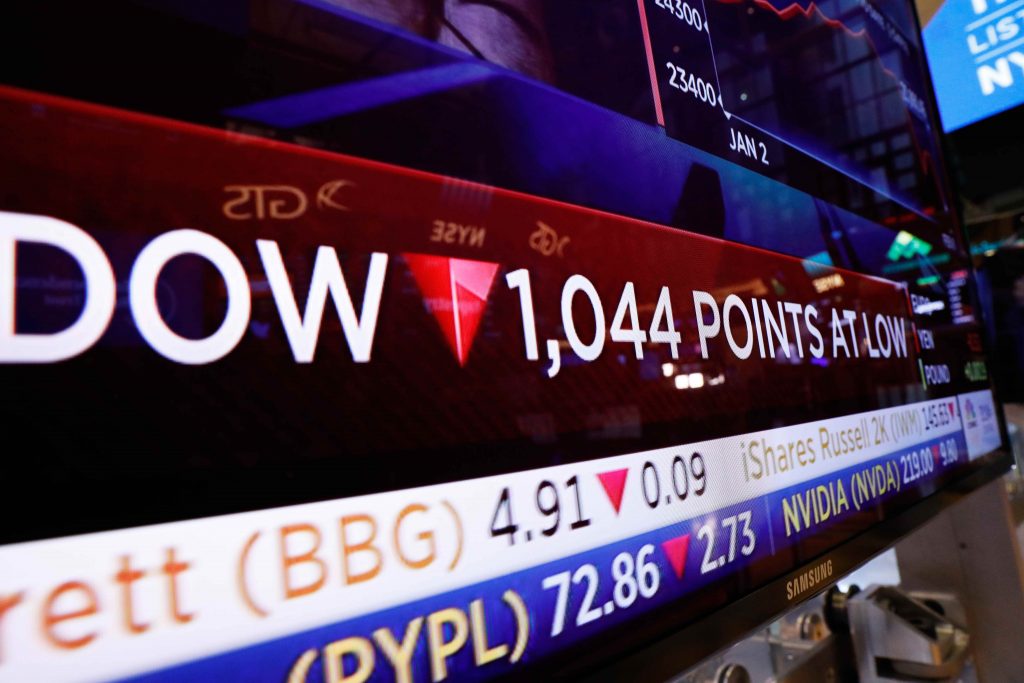 The Dow is 10 percent below the record high it set just two weeks ago, putting it in what is known on Wall Street as a “correction.”

The Standard & Poor’s 500, the benchmark for many index funds, is also 10 percent below the record high it set two weeks ago.

Worries about inflation set the market rout in motion last Friday, and many market watchers have been predicting a pullback after the market’s relentless march higher over the past year.