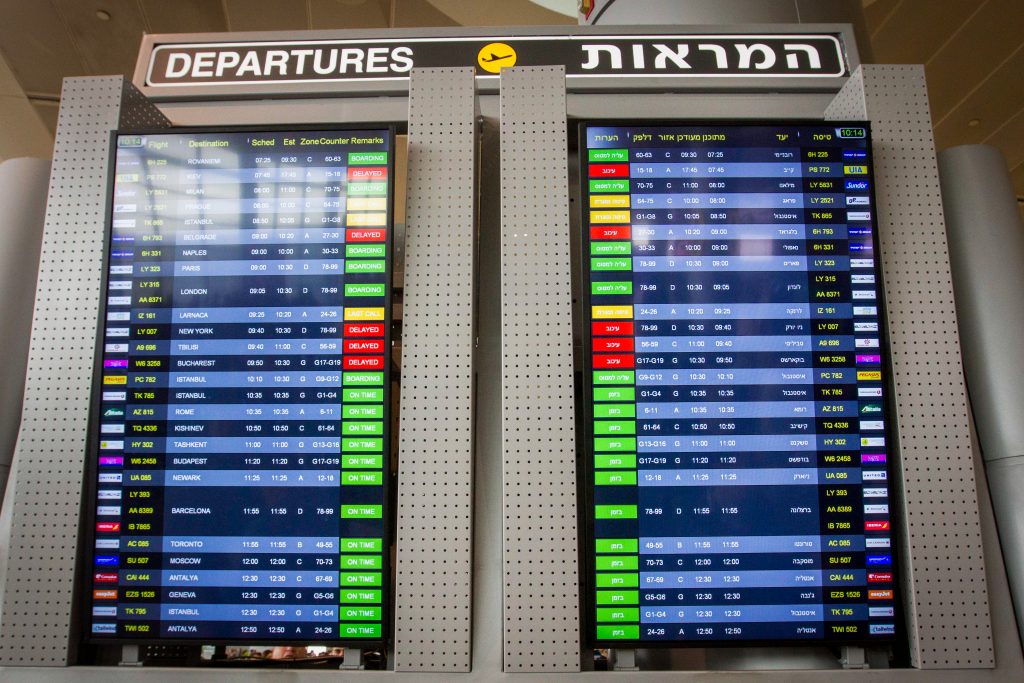 Ben Gurion airport was much improved in terms of on-time performance in December, the last month for which statistics were compiled, according to Flightstats, considered the international authority for compiling data on airline on-time performance. Israel’s main international airport came in 147th worldwide in terms of the number of flights that left on time, with 78.5 percent of flights leaving on time. Of the 21.46-percent flights that were delayed more than 15 minutes, the average wait until a flight left was 45 minutes.

That was a great improvement over November, when Ben Gurion was ranked in 292nd place, with a 77.19-percent on-time record, as well as over October, when the airport was in 298th place, with only 75 percent of flights leaving on time. Ben Gurion’s worst performance in 2017 was in August, when it was ranked 309th in the world for on-time performance, with only 64.9 percent of flights sticking to schedule.