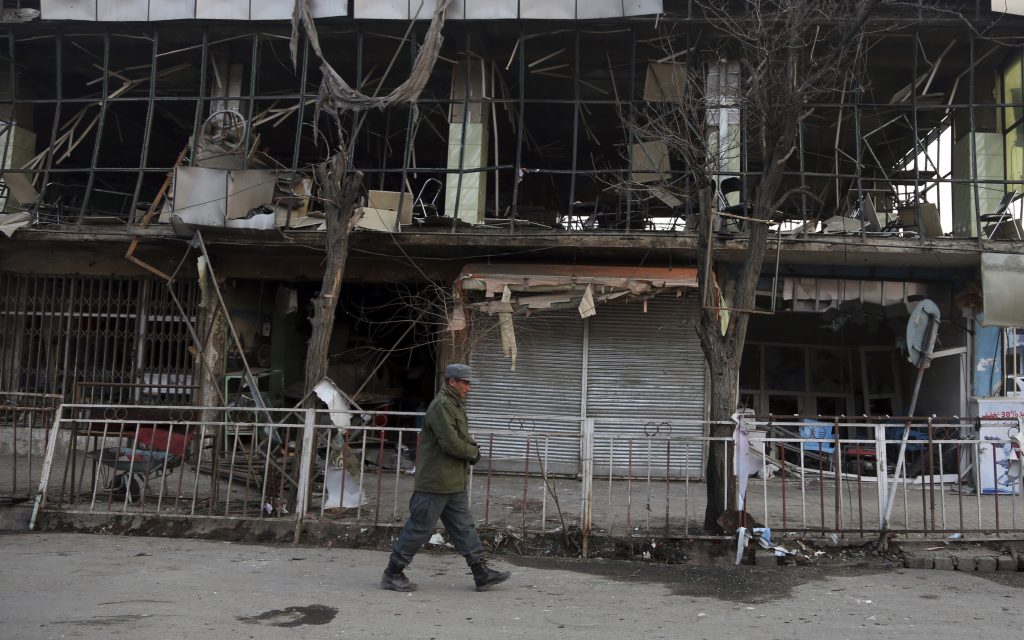 Taliban terrorists in the camps were plotting attacks inside Afghanistan as well as aiding the terrorists of the East Turkestan Islamic Movement operating along the border with China and Tajikistan, the statement said.

Gen. John Nicholson, commander of U.S. Forces in Afghanistan, said in the statement: “There will be no safe haven for any terrorist group. … We continue to hunt them across the country.”

Meanwhile, Jowzjan police chief Faqir Mohammad Jowzjani told The Associated Press that a Chinese and three Uzbek terrorists were killed in the joint air strikes in Jowzjan province, where the IS affiliate has gained a foothold.

Jowzjani said IS has become prominent in Darzab district, where the airstrikes took place, and also in the Kush Tepa district of Jowzjan province.

IS emerged in Afghanistan in 2014, mostly from the ranks of disgruntled Taliban, and in the initial years restricted its activities to the country’s east, mostly Nangarhar province.

However, seeking to expand their footprint, the IS affiliate in Afghanistan — which goes under the name of Khorasan province — stepped up attacks and claimed responsibility for several horrific suicide bombings that targeted Shiite Muslim places of worship in the capital Kabul, and in western Herat province. The radical Sunni terrorist group reviles Shiites as heretics.

Analysts who track IS say there are now as many as 5,000 IS fighters in northern Afghanistan, most of them Uzbek nationals who are former members of the Islamic Movement of Uzbekistan terrorist group.

Jowzjani, the provincial police chief, said several Uzbek members of IS have settled in the north of Afghanistan with their families. The region is ethnically dominated by Afghan Tajiks and Uzbeks, with enclaves of ethnic Pashtuns and also ethnic Hazaras. The Pashtuns live mostly in the country’s east and south and the Hazaras dominate swaths of central Afghanistan.

In targeting the infrastructure of the East Turkestan Islamic Movement, whose goal is independence for China’s northwestern Uigher dominated area, the American military statement said the U.S. strikes should be a comfort to Afghanistan’s neighbors.

Saying the Uigher dominated terrorist group “poses a threat to China and enjoys support from the Taliban in Badakhshan and throughout the border region,” the U.S. military statement noted that “the U.S. strikes support Afghanistan in reassuring its neighbors that it is not a safe sanctuary for terrorists who want to carry out cross border operations.”

Extremists from the Turkic Muslim Uighur ethnic group native to northwestern China’s Xinjiang province have been operating in Afghanistan and in the border areas between Pakistan and Afghanistan.

Arkady Dubnov, a Moscow-based expert on Central Asian terrorists, has told The Associated Press that the son of Tahir Yuldashev, the powerful Uzbek leader of the outlawed Islamic Movement of Uzbekistan who was killed in a U.S. missile strike in Pakistan in 2009, was leading efforts to help expand IS influence in Afghanistan, particularly in the north of the country.