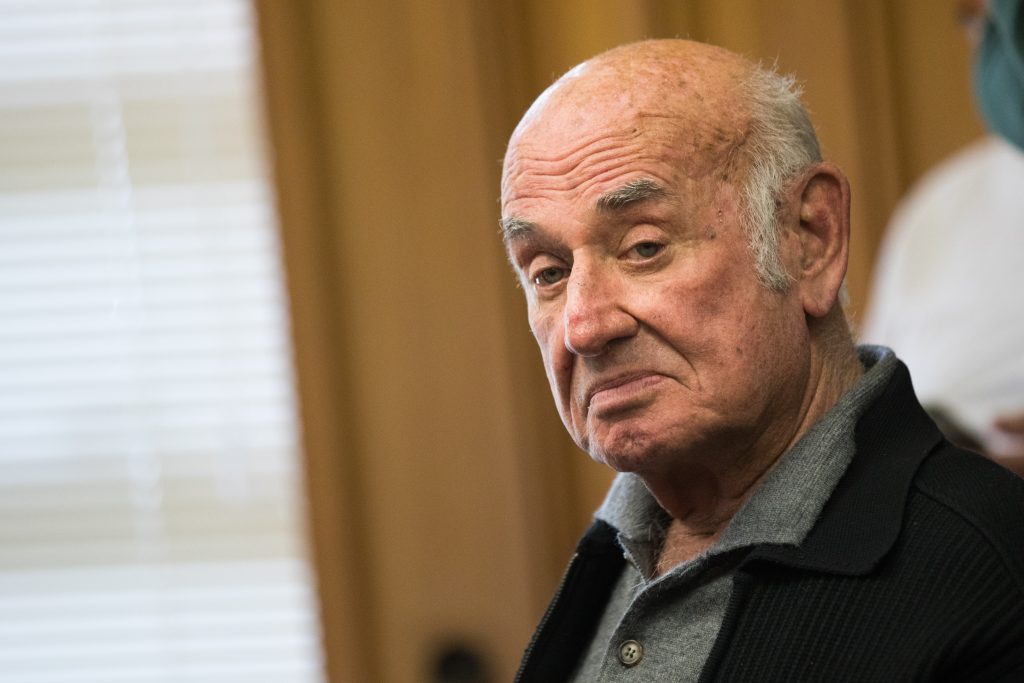 The Yesh Atid party’s senior security figure, former Shin Bet head Yaakov Peri, announced his resignation from the Knesset on Wednesday in the wake of allegations that he leaked wiretapping information in an official probe years ago.

In his surprise resignation, Peri, 73, cited recent media reports of alleged misconduct that he said are “casting a& heavy shadow on my long years of service.” He has denied any wrongdoing, despite evidence that he had lied in a series of polygraph tests.

Peri said Wednesday that& “due to the fact that these one-sided publications are casting a heavy shadow on my long years of service for the security of Israel and on the values of Yesh Atid, I have decided to take time out from my public life and resign from the Knesset.”

He presented his formal letter of resignation to Knesset Speaker Yuli Edelstein; it goes into effect in 48 hours.

The wiretaps in question were conducted in the course of an investigation into corruption allegations against Interior Minister Rabbi Aryeh Deri two decades ago.

In response, Yesh Atid released a statement praising Peri’s work as a Knesset member and as Shin Bet head.

“We respect Yaakov Perry’s decision to resign from the Knesset,” the statement read. “Perry served for over 30 years in the Shin Bet during which time he was injured and returned to service. His contribution to the fight against terror and to security of the State of Israel will be to his credit for years to come.”

Peri has been under pressure to resign due to media reports. Yesh Atid leader Yair Lapid last month indicated he would not seek Peri’s ouster over the allegations, and said his contribution to Israel’s security “is among the greatest that the country has ever known,” but added that his resignation “reflects the values of Yesh Atid and the public norms which we believe in.”

Addressing the polygraph tests, Lapid said “There is no investigation here, there are no criminal or legal proceedings. When the dust settles on the headlines, what remains is an inadmissible polygraph from 23 years ago,” Lapid wrote.

“It may raise questions, but doesn’t a man with so many merits like Peri get an opportunity to respond? Is this the new procedure? A [news] show that acts as judge, jury and executioner?” asked Lapid, who has been at the forefront of demands for Prime Minister Binyamin Netanyahu to resign due to media reports of corruption probes.