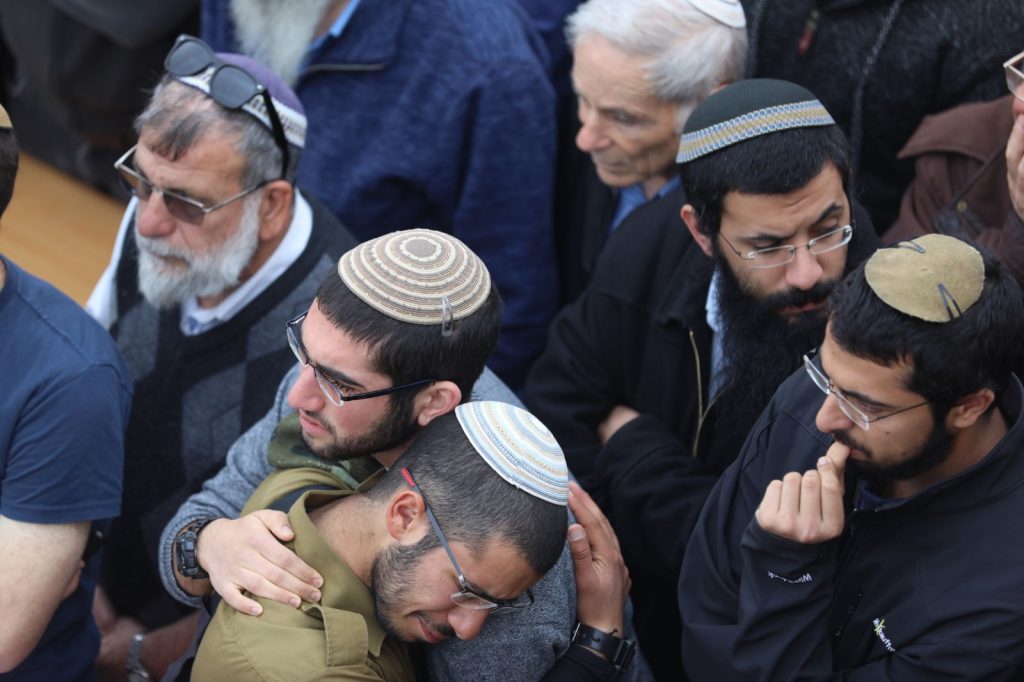 A report in Yediot Acharonot Wednesday said that Abd Al Hakim Adel A’asi, the murderer of Rabbi Ben-Gal, Hy”d, had actually come to the same spot where he murdered Rabbi Ben-Gal a day before the terror stabbing attack. A’asi was detained and questioned after he verbally attacked IDF soldiers who were stationed there.

Officials said that in retrospect, it appeared that A’asi had come to the Ariel junction in order to size up the site and determine the best way to carry out a terror stabbing attack. A’asi arrived by taxi on Sunday, as he would on Monday when he stabbed and killed Rabbi Ben-Gal, and went across the street to the bus stop, where the next day he would carry out the attack.

Stationed at the stop were IDF soldiers, who were guarding passengers waiting for a bus. A’asi began loudly cursing the soldiers in Arabic and made menacing gestures at passengers. The soldiers detained him and removed him from the bus stop, and questioned him. When he produced his Israeli identity card, they released him. An initial investigation into the matter determined that the soldiers had acted properly, the report said.

Security forces are continuing their search for A’asi. Overnight Tuesday, IDF soldiers entered Shechem and surrounded the house of the father of A’asi. Several arrests were made amid heavy rioting, and one Arab rioter was killed, security officials said.

Yossi Dagan, head of the Shomron Regional Council, demanded that the government do more to protect Israelis from terror stabbing attacks. “This is the second terror attack in Shomron in less than a month. It does not make sense that the blockades have not been restored around villages. It does not make sense that in the middle of the day a terrorist gets out of a taxi and begins attacking, with no fear or hesitation. Our answer must be more than weak expressions and overused clichés. Our answer must be aggressive building, an answer that will encourage settlement of the Land of Israel. Our answer must be a determined war against the terrorists,” Dagan said.