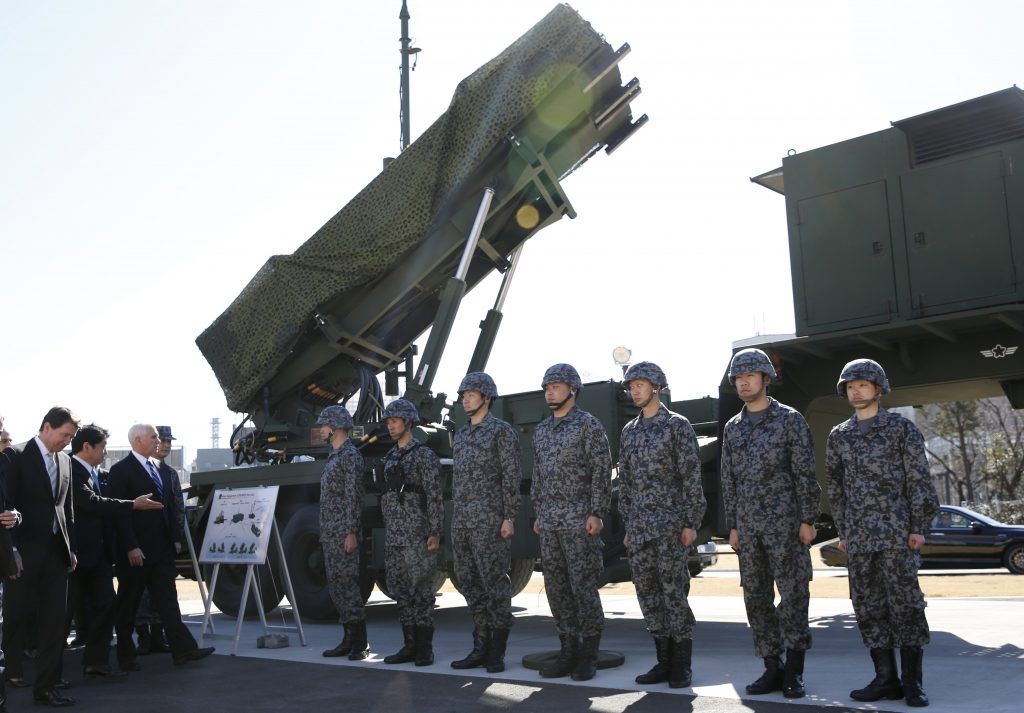 Vice President Mike Pence said the U.S. is preparing to announce the “toughest and most aggressive” economic sanctions against North Korea in the coming days, boosting pressure on the bellicose government during the Winter Olympics.

Pence, who is set to lead the U.S. delegation to the opening ceremonies Friday, made the announcement in Japan Wednesday, following meetings with Prime Minister Shinzo Abe.

“The United States of America will soon unveil the toughest and most aggressive round of economic sanctions on North Korea ever – and we will continue to isolate North Korea until it abandons its nuclear and ballistic missile programs once and for all,” Pence said.

U.S. officials declined to detail the expected sanctions beyond Pence’s comments, citing concerns that any additional information could be used by those trying to skirt the new measures. They are expected to be implemented before the conclusion of the games.

On a six-day trip to Japan and South Korea, Pence is seeking to reassure and refocus American allies on the growing nuclear threat from North Korea.

In meetings with government leaders, military officials and U.S. service members, Pence said he wants to make sure the Pyeongchang Olympics don’t distract from the bellicose North Korean human rights abuses and nuclear program. He met Wednesday with Abe at his official residence to discuss increasing pressure on the North.

“The United States is with you in this challenge,” Pence told Abe as they began their bilateral talks. “And we will continue to stand shoulder to shoulder with the people of Japan, the people of South Korea, and our allies and partners across the region until we achieve the global objective of denuclearization of the Korean peninsula.”

Pence watched Japanese troops demonstrate the simulated deployment of Japan’s surface-to-air missile defense system, which would attempt to intercept a North Korean missile. He also participated in a briefing at Japan’s Ministry of Defense on the threat.

“The people of Japan can be assured: The full range of the armed forces of the United States will continue to be dedicated to the protection of Japan,” Pence said, promising again that “all options are on the table” to address the North Korean threat.

Pence will travel on to South Korea Thursday for meetings with President Moon Jae-in, where he will promote the Trump administration’s campaign of “maximum pressure” against the North, as the South pursues a diplomatic opening around the Olympics.

As North Korea’s march toward obtaining a functional nuclear-tipped missile capable of reaching the U.S. has exceeded the American government’s estimates, the Trump administration has worked to rally the international community to embrace tougher economic sanctions and isolation of the North.

At the same time, Pence has not ruled out a potential meeting with North Korean officials at the Olympics, telling reporters, “we’ll see what happens.” But he pledged that his message in any potential interaction would include the same message he has been delivering publicly: that the North renounce its nuclear weapon and missile programs.

“We will not allow North Korean propaganda to hijack the message and imagery of the Olympic Games,” he said. “We’ll be there to cheer our athletes, but we’ll also be there to stand with our allies, and remind the world that North Korea is the most tyrannical and oppressive regime on the planet.”

As his personal guest to the opening games, Pence invited Fred Warmbier, the father of Otto Warmbier, an American who died last year days after his release from captivity in North Korea.

Pence is expected to take other symbolic moves on the trip to keep attention on North Korea, including a Thursday morning meeting with defectors from the North.

It comes after President Donald Trump welcomed Warmbier’s parents and a prominent defector at his State of the Union last week, as well as a larger group of those who fled the North to the Oval Office Friday.