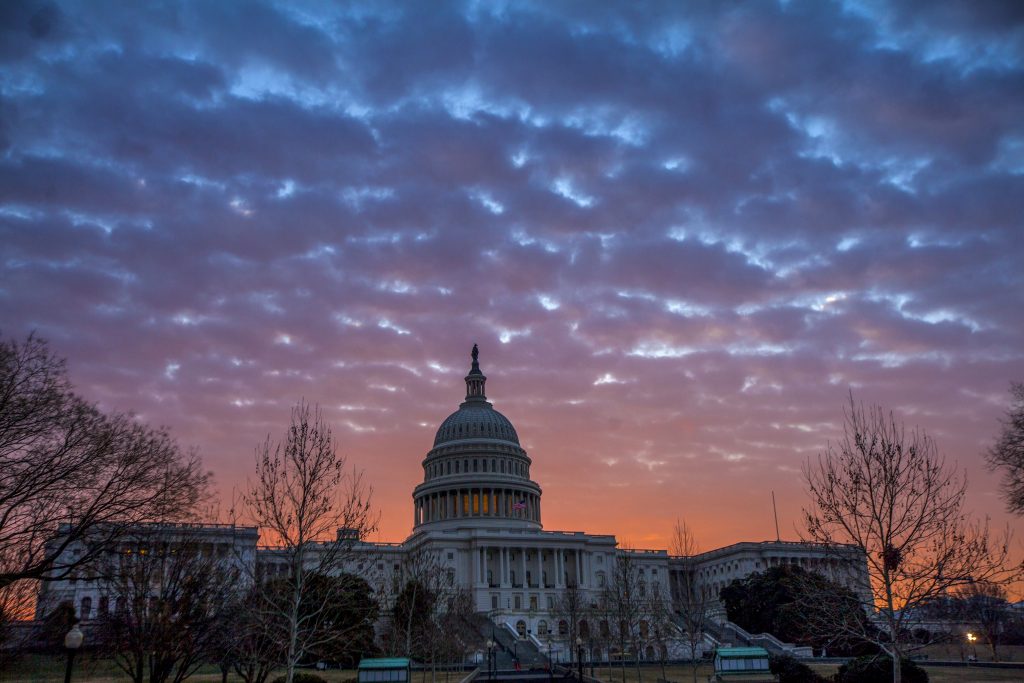 House Minority Leader Nancy Pelosi staged a record-breaking, eight-hour speech Wednesday in an attempt to force a House vote on protections for the “Dreamer” immigrants — and to prove to an increasingly angry wing of progressives and activists that she has done all she could.

Wearing four-inch heels and forgoing any breaks, Pelosi spent much of the rare talkathon reading personal letters from the young immigrants whose temporary protection from deportation is set to expire next month. The California Democrat quoted from the Bible and Pope Francis, as Democrats took turns sitting behind her in support. The Office of the House Historian said it was the longest continuous speech in the chamber on record.

“You see, these people are being deported,” Pelosi said around hour six of her speech. “We can do something today to at least make whole the children.”

The performance had no immediate impact on Republican leaders who have not agreed to a vote. But it was perhaps equally aimed at the liberal wing of Pelosi’s own party, who seethed Wednesday as Democrats in the Senate cut a budget deal that could quickly steal the momentum behind the effort to resolve the Dreamers’ plight.

While she spoke on the House floor, immigration activists rallied in Washington and threatened political retribution against the congressional Democrats who abandoned the strategy of demanding that a budget deal be paired with an immigration deal. The fresh threats exposed deepening divisions within a Democratic Party struggling to address a liberal priority in Republican-controlled Washington.

The activists who filled a Washington church Wednesday, like liberal leaders nationwide, called out Pelosi and Senate Minority Leader Chuck Schumer by name. Some scoffed at Pelosi’s speech, intended to elicit a promise from House Speaker Paul Ryan to allow a vote on subsequent legislation to protect the younger immigrants. Ryan’s promise, activists noted, was far from a guarantee.

“What are they thinking? They’re giving up their leverage,” said a frustrated Angel Padilla, policy director for the liberal group Indivisible. “All of these votes will matter come November.”

Pelosi started her remarks just about 10 a.m. and yielded the floor at 6:11 p.m.

By the end of the marathon, the clearest signs of weariness were an occasional quiver in her voice, a stumble over her words and a case of the sniffles. At one point she interrupted herself to read a note from the House historian alerting her that she delivered the longest continuous speech, besting Rep. Champ Clark’s five-hour, 15-minute stem-winder about tariff reform in 1909.

As Pelosi wrapped, she received a standing ovation from the Democrats. A bit punchy and clearly tired, she at times struggled for the words to express her thanks.

“Honor the House of Representative and give us a chance to have a vote on the floor,” she said.

At issue is the fate of roughly 1.8 million immigrants brought to the country as children and living here illegally. Many of the so-called “Dreamers” could lose protection from deportation — granted by the Obama administration in 2014 and rescinded by Trump last fall — in the coming weeks.

No issue is more important to the Democratic Party’s most passionate voters, who insist their party must reject any budget deal that doesn’t protect the young immigrants — even if it means risking a second government shutdown this year. The federal government will shutter non-essential operations Thursday at midnight unless Congress passes a spending plan.

It’s unclear whether the liberal outrage will sink the two-year, nearly $400 budget deal unveiled Wednesday that would provide Pentagon and domestic programs with huge spending increases. Schumer praised the agreement for providing needed funding for health, drug abuse and social service programs, having dropped his push to use the budget talks to extract concessions on immigration.

The criticism resonated with members of the Congressional Hispanic Caucus, such as Rep. Nanette Barragan (D-Calif.), who said the Latino community thinks Senate Democratic leadership “has turned their back on them.”

“It’s not being made a priority,” Barragan said of the party’s push to protect those enrolled in the program known as Deferred Action for Childhood Arrivals, or DACA. “It’s a mistake to not use every leverage point we have.”

Hispanic caucus members and many other Democrats made clear to Pelosi earlier Wednesday that “we would not support a budget caps deal unless we had some clarity about what would happen to Dreamers,” said Rep. Ruben Gallego (D-Ariz.). They insisted, he added, on DACA language in the budget deal — or some guarantee that the issue would be addressed.

Yet there were no signs that Pelosi’s leadership team was pushing rank-and-file Democrats to oppose the Senate deal without a DACA fix.

Rep. Joe Crowley (D-N.Y.), a member of House leadership, did not answer when asked why Pelosi’s team didn’t have a “whip team” to defeat the Senate proposal. And at least some House Democrats indicated they would support it.

“As much as I believe in DACA, we shouldn’t close the government when it looks like we’re moving toward resolution of all of these problems,” said Rep. Bill Pascrell (D-N.J.), who said he was backing the budget deal and predicted it would pass.

The lack of a unified Democratic strategy infuriated liberal leaders, who have spent recent weeks intensifying pressure on Democrats to use what little leverage they had in the Republican-controlled Congress to protect dreamers.

“This is a moral fight that Democratic leadership is failing on. That’s something that’s going to have long-term implications,” said Murshed Zaheed, political director for the progressive group CREDO.

Should Pelosi fail to unify House Democrats against the deal, he added, “it’s going to be another strike against her effectiveness as leader of the caucus.”

Democrats and Republicans “face a fundamental choice” on whether to protect dreamers, said Ben Wikler, Washington director for the liberal group MoveOn.

“There will be a reckoning,” he warned.

The disappointment extended to DACA recipients like 26-year-old Edwin Romero, of Dallas, who was born in Mexico and brought to the United States at the age of 6.

“So far we have seen that the Democrats failed the immigrant youth community,” Romero charged. He added: “We are tired of false promises and words. We want action.”