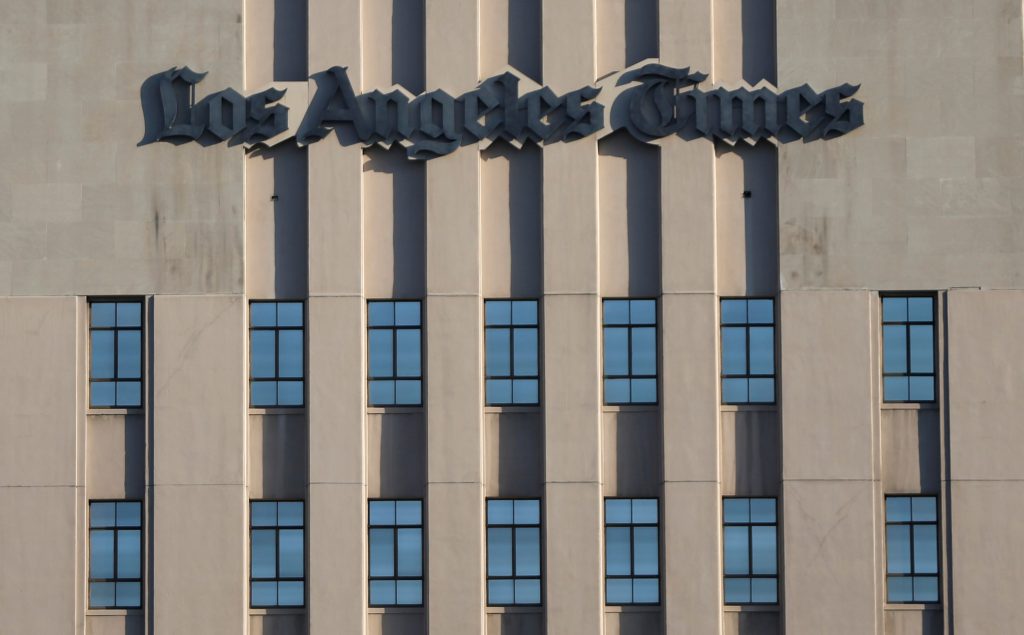 A billionaire doctor struck a $500 million deal Wednesday to buy the Los Angeles Times, ending the paper’s quarrelsome relationship with its Chicago-based corporate overseers and bringing it under local ownership for the first time in 18 years.

The agreement between Los Angeles medical entrepreneur Dr. Patrick Soon-Shiong and Tronc Inc. represents the latest instance of a rich, civic-minded individual purchasing a newspaper from a big corporation.

Soon-Shiong, 65, amassed his fortune in part by developing a cancer drug in 1991. He was already a major shareholder in Tronc, one of the richest men in Los Angeles and the nation’s wealthiest doctor by Forbes’ estimate, with a net worth put at $7.8 billion.

The deal includes the purchase of The San Diego Union-Tribune and some other publications and the assumption of $90 million in pension liabilities.

Soon-Shiong takes over at a time of turmoil at the paper. The Times just replaced its top editor, the third such switch in six months.

Also, journalists voted last month to unionize for the first time in the paper’s 136-year history.

Tronc, formerly known as the Tribune Co., owns the Chicago Tribune and several other U.S. newspapers, including the Baltimore Sun and New York Daily News.

Clashes between the Times and its Chicago-based owner erupted not long after it acquired the West Coast paper in 2000. Staff at the Times bristled over what it considered a string of bad decisions made from hundreds of miles away in Chicago, and the paper went through a succession of top editors and publishers.

Among them was editor John Carroll, who led the paper to 13 Pulitzer Prizes but resigned under heavy pressure to cut staff. His successor, Dean Baquet, left after 15 months and is now executive editor at The New York Times.

Reporters at the Times were also alarmed by the recent hiring of several news executives who reported to business executives, and not to news editors. Traditionally, the editorial and business sides of a paper are kept separate to maintain journalistic credibility.

As news spread of a potential sale Tuesday, cheering erupted in the Times newsroom. After the deal was announced, the union representing the paper’s journalists said it “looks forward to working with a local owner who can help us preserve The Times as a guardian of our community and as the voice of the American West.”

With the newspaper industry thrown into deep turmoil by the internet, Amazon founder Jeff Bezos bought The Washington Post in 2013 for $250 million. The same year, John Henry purchased The Boston Globe for $70 million.

“We find ourselves returning to where we were a century ago when a handful of wealthy owners controlled big, influential newspapers,” said Al Tompkins, a senior faculty member at the Poynter Institute, a journalism think tank in St. Petersburg, Florida.

“Here’s the difference: The ownership today does not promise lucrative returns. You take it over knowing it isn’t nearly as profitable as it might have been 20 or 50 years ago. Today it’s a thinner margin, and it gets thinner every day.”

Soon-Shiong, said in an interview with the Times last year that as a major stockholder in the paper, he was unhappy with the way it was being run.

Tronc said the sale will allow the Chicago company to follow a more aggressive growth strategy focused on news and digital media. It said it is buying a majority stake in online product review company BestReviews for an undisclosed amount.

The question is whether a new owner will do more than halt cutbacks by reinvesting, as Bezos and Henry did at their newspapers, and set the Times on a new path.

“Given the huge challenges still faced by news publishing in the age of Google/social media ad duopoly and still-onrushing digital disruption, even a billionaire has his work cut out for him,” Doctor said.