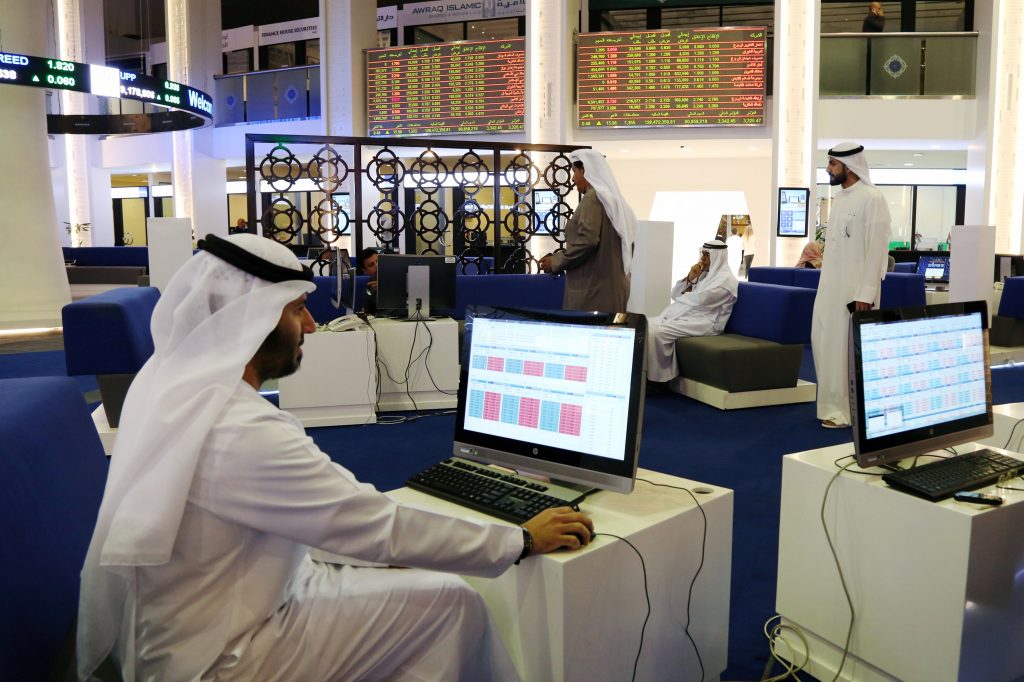 World stocks clawed their way back from two-month lows on Wednesday, though momentum was weak and U.S. futures suggested Wall Street could lapse back into losses after rebounding from the biggest selloff in six years.

European shares opened firmer after plumbing six-month depths on Tuesday, the tail-end of a selloff induced by a volatility spike that took Wall Street’s fear gauge, the VIX index, as high as 50, more than three times its closing level last Thursday.

That rout had wiped $4 trillion off world equities and sent investors scurrying for the safety of German and U.S. bonds, briefly reversing the steady rise in global yields.

MSCI’s all-country index, however, was up 0.25 percent after four days in the red, boosted by gains in Europe, Japan and emerging markets.

“People are still shaken after such a ferocious correction, especially as it came after a very long time. It is clear that there will be more volatility going forward,” said Salman Ahmed, chief investment strategist at Lombard Odier Investment Managers.

“But that’s a healthy development so markets can focus on areas that are generally stronger. The upward [equity] trend can stay but it will be less steep than last year.”

As calm returned, bond buying by panicky investors also abated and yields on “safe” German, Japanese and U.S. debt edged up, resuming the trend of recent weeks as markets price further U.S. rate rises and the withdrawal of stimulus in Europe.

Yields on Germany’s 10-year government bond, the euro zone benchmark, were around 0.69 percent, having plunged to 0.66 percent on Tuesday.

But that yield has more than doubled since early December as the European Central Bank halved its bond purchases at the start of 2018 and is widely expected to wind down the program in September.

Markets are also on edge over U.S. lawmakers’ wrangling to extend the so-called debt ceiling – funding for the U.S. government runs out on Feb. 8 unless a stopgap bill manages to pass the Senate later on Wednesday.

U.S. 10-year yields rose back as high as 2.80 percent after approaching two-week lows around 2.65 percent on Tuesday.

It was a steep spike in yields last Friday that sparked the initial Wall Street rout, forcing sales by a host of highly leveraged funds, which ramped up volatility and drove yet more selling.

“What’s clear is that the general direction for yields is up. During the selloff you got the natural reaction of bond yields going up but the moment you get some stability, yields zoom up again,” Ahmed said. “So the balance between bond yields and equities will be important to watch.”

With the pivotal gauge of S&P 500 volatility, the VIX , opening at a relatively elevated 31 percent, equity markets are not out of the woods, especially in the United States.

European shares were positioned for a strong session after seven days of losses, with a pan-European index up 0.7 percent thanks also to a series of robust company earnings reports.

“This news [in Germany] is positive for spreads and for anyone that wants a well constructed and viable Europe,” Mizuho strategist Peter Chatwell said.

MSCI’s emerging equity index was modestly firmer, and unlike most other indexes it has clung to slender year-to-date gains.

On currency markets, which also stayed relatively calm through the rout, the dollar rose slightly against a basket of currencies but fell half a percent to the yen.

Sterling, meanwhile, was down for the fourth straight day against the dollar, hurt by recent surveys confirming the economy’s fragile state and fresh tensions over Britain’s divorce negotiations with the European Union.

Investors are awaiting Thursday’s Bank of England meeting which should provide an update on authorities’ views on the economy and timing of the next interest rate rise.

Earlier in the day, China’s yuan rose 0.4 percent to the highest since August 2015 when authorities conducted a one-off devaluation.