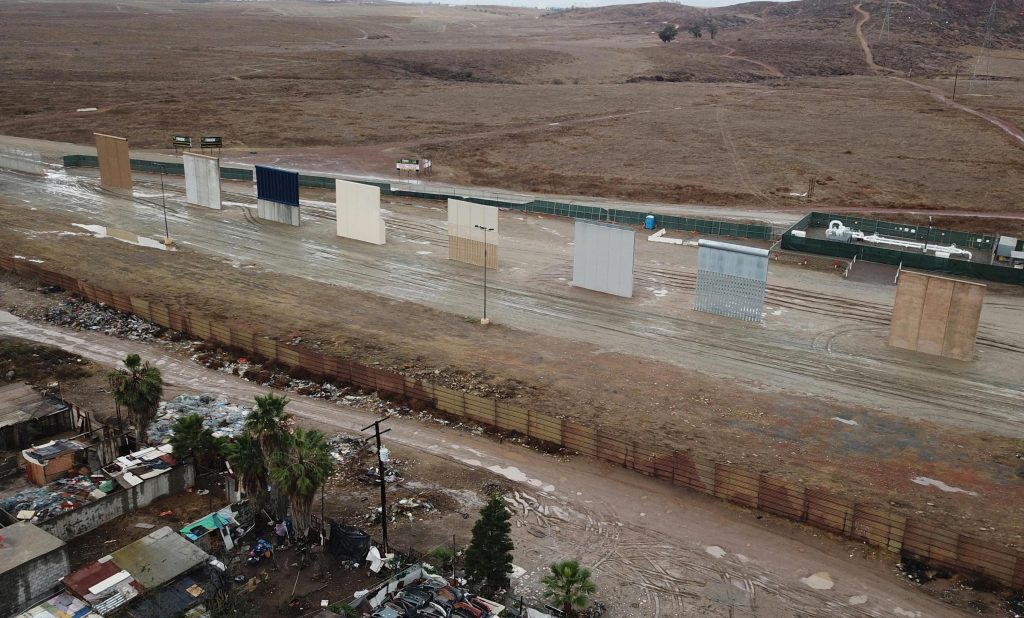 Mexico will never cut a check to the U.S. Treasury, but President Donald Trump is zeroing in on a plan so that the president can argue America’s southern neighbor will indeed fund the border wall, according to multiple sources familiar with the discussions.

The plan aides are piecing together would force Mexico to pay for the wall in indirect ways, including through remittance fees and tapping Mexico’s trade surplus with the United States.

“He will find a way,” said a former Trump adviser who is in close contact with the White House. “The wall will be funded partially or all by an additional revenue stream.”

Publicly, the priority is getting the $25 billion or so that Trump says is needed to fund the wall as part of a package deal that would protect so-called Dreamers and reduce family migration. Privately, the White House is mulling over various proposals to ensure U.S. taxpayers are reimbursed for the wall’s initial costs — or at least some of the price tag.

While Trump’s team has not reached a consensus, leading proposals include adding a small percentage fee on money sent by individuals in the United States to recipients in Mexico. Another is directing a surplus in revenue from a revised trade agreement with Mexico and Canada. White House Director of Legislative Affairs Marc Short has also spoken favorably of a proposal presented by Republican members of Congress to have foreign tech workers, though largely not Mexican, pay for part of the wall, according to a U.S. source familiar with the conversations.

Jessica Vaughan, director of policy studies for the Center for Immigration Studies, has shared a proposal on remittances with the White House.

“There are many, many proposals in the hopper,” she said. “They’re going through a process.”

Politically, Trump needs to make good on his campaign promise before he begins stumping for Republican candidates this fall, not to mention when he runs for re-election in 2020. In each case, Democrats are likely to attack him for squandering taxpayer money on a needless border wall — a structure he insisted he would force Mexico to pay for.

Chris Chmielenski, NumbersUSA’s director of content and activism, said it’s probably not so much of an issue for Republicans running in the midterm elections, but that Trump likely wants to “save face” before his own re-election campaign.

“I could see from a political point — for 2020 — them saying, ‘We may have to think of some ways,’” Chmielenski said.

Trump repeatedly promised during the 2016 campaign that he would build a wall along the southwest border and force Mexico to pay for it. But Mexican President Enrique Pena Nieto has made it clear Mexico would never fund the wall and efforts to get the funding from Congress have yet to materialize.

More than a year into his presidency, Trump has not backed down on the promise, although the size, cost and source of funds for the wall have shifted.

“The Wall will be paid for, directly or indirectly, or through longer term reimbursement, by Mexico,” Trump tweeted on Jan. 18.

He raised the pressure on Tuesday, saying he’d be willing to shut down the federal government this week if Congress does not approve his border security proposal, which includes the wall.

The White House didn’t respond to specific questions about administration planning, but staff directed McClatchy to comments Trump gave last month about the wall to The Wall Street Journal.

“There are many forms of payment,” Trump said, citing the NAFTA trade agreement as an example. “I could name 10 right now.”

One of those is remittance money being sent to Mexico. Remittances sent to Latin America and the Caribbean rose to $74.3 billion, a 7.4 percent increase in 2016, according to the Pew Research Center. Mexico received the largest chunk of the money, $28.6 billion, which was a 9.3 percent increase from the previous year.

Vaughan of the Center for Immigration Studies has proposed a small fee similar to one being used in Oklahoma. The fee is refundable as a tax credit provided the person includes the payment in his or her taxes. According the state of Oklahoma, the fee raises roughly $12 million a year from those who don’t request a refund. Vaughan said those here illegally, at least some of them, won’t file their taxes and seek the refund.

The administration is also looking at a proposal floated by Republican Rep. Kevin Yoder of Kansas that could help raise $4 billion toward payment of the $25 billion border wall. Foreign tech workers here legally, largely from India, say they’d gladly kick in an extra $2,500 each or more in green card fees if it meant they could get their green cards faster.

Some of Trump’s closest advisers said forcing Mexico to pay for the wall is less important than the wall actually being built. Trump’s voter base would be ecstatic regardless of who paid for the wall as it’s seen as the most visible sign of the border actually being closed down.

Newt Gingrich, the former House speaker and an informal adviser to Trump, said it’s significant to Trump himself since he made it a central theme of his campaign. The vow that Mexico would pay for the wall generated some of his loudest applause lines.

“He wants to keep his word to the American people,” Gingrich said.

Mexican leaders from the president to ministers to former presidents have made it clear that Mexico will never pay for Trump’s wall. Alex Nowrasteh of the libertarian Cato Institute said there is really no way to make Mexico pay for it.

As good as taxing remittances may sound to some nationalists, Nowrasteh said, it is likely migrants will simply send their money by bitcoin or via the black market.

“Even if it’s indirect, it’s as likely as we end up paying for it,” Nowrasteh said. “Let’s say we put tariffs on Mexican goods. That just means that we’d pay high prices so American goods pay for it.”