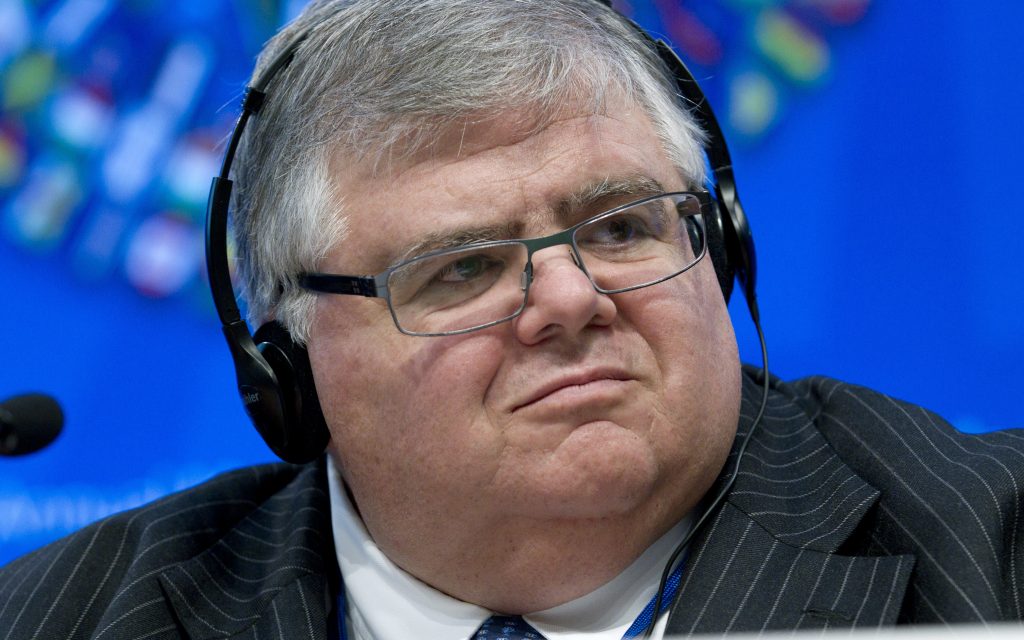 A top international banking official says that central banks should be prepared to intervene to prevent virtual currencies becoming a threat to financial stability.

Agustín Carstens, the general manager of the Bank for International Settlements — an international organization for central banks — said Tuesday that bitcoin “has become a combination of a bubble, a Ponzi scheme and an environmental disaster.”

In a speech in Frankfurt, Germany, Carstens said many people believe so far that, given the limited size of virtual currencies, “concerns about them do not rise to a systemic level.”

But he added that “if authorities do not act pre-emptively, cryptocurrencies could become more interconnected with the main financial system and become a threat to financial stability.”

He said central banks must be prepared to intervene if necessary.