The Princess of the Royal Family 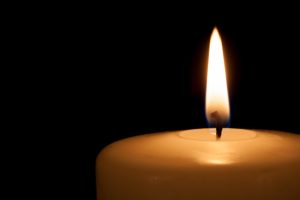 Approximately a decade after World War I, Harav Avraham Mordechai Alter, zt”l, made the decision to move to Eretz Yisrael. He was the nephew of the Gerrer Rebbe, zy”a: His saintly father, Harav Moshe Betzalel, Hy”d, was the son of the Sfas Emes and the brother of the Gerrer Rebbe. Harav Moshe Betzalel was referred to in Gur as the “mishneh lamelech.”

Harav Avraham Mordechai discussed his decision with his illustrious father-in-law, Hagaon Harav Shaul Moshe Zilberman, the Viershover Rav, zt”l, and one of Poland’s greatest Rabbanim, who made the decision to settle in Eretz Yisrael as well.

The year was 5684/1924. Conditions in Eretz Yisrael were tough in both ruchniyus and gashmiyus. Harav Moshe Betzalel sent his son a steady stream of letters containing chizuk and encouragement. He provided constant guidance on how his son should lead his life in Eretz Yisrael. He advised him not to stray from the G-d-fearing neighborhood in Tel Aviv where he had settled and he instructed the children to stay away from unsavory neighbors.

Using his son as an intermediary, Harav Moshe Betzalel sent instructions to the Chassidim living in Eretz Yisrael to bond in batei medrash, to refrain from reading inappropriate newspapers and to preserve their levush. “I have heard that you are ashamed to go to shtiebel on Shabbos wearing your shtreimlach,” he wrote in one of his letters, “and I was ashamed to hear that something of honor has become a source of embarrassment for you in Eretz Yisrael. I request that you obey me and begin walking in the streets in your shtreimlach on Shabbos, all of you as one, so that I can report good things to my brother, the Rebbe, shlita.”

Two years after their arrival, in Av of 5686/1926, he wrote a letter to his son that later proved to have been prophetic: “Mazel tov upon the birth of a son to my brother, Maran, shlita. May this child bring refuah and yeshuah for all of Klal Yisrael.” This child would later become the son-in-law of the recipient of the letter and eventually become known as the Pnei Menachem of Gur, zy”a.

Three months later, the future bride — Rebbetzin Tzipora, tlit”a — was born in Tel Aviv, and Harav Moshe Betzalel, her grandfather, was elated. “I wish you Mazel tov on the birth of your daughter. May Hashem grant that you raise her l’kol tuv and may it be lemazla ulegada tava for us all.”

Time passed, and Harav Moshe Betzalel began begging his son to send his older daughter, Miriam, to Poland to spend time in his presence. Harav Avraham Mordechai traveled to Poland with his daughter, and the young woman stayed in the home of her grandfather, who supervised her closely.

Miriam went to study in the Beis Yaakov in Cracow, which had been founded by Sara Schnierer, a”h, and was under the supervision of Harav Yehudah Leib Orlean, Hy”d. For Yom Tov, she would return to her saintly grandfather’s house in Gur. She was privileged to have an exceptionally close relationship with him, even meriting a regular few-minutes study session with him in Mesillas Yesharim. She never forgot that shiur for the rest of her life.

When war broke out, Harav Moshe Betzalel felt strongly responsible for the granddaughter he had persuaded to come study abroad, and he knew no rest until she had left Poland and was on her way to safety along with his brother (the Rebbe) and other family members.

His last letter before he was murdered al kiddush Hashem on 23 Elul 5702/1942 was devoted to his dear granddaughter, wishing her mazel tov upon her marriage in Eretz Yisrael. At the sheva brachos seudah in Yerushalayim, the Rebbe, the kallah’s uncle, asked numerous times, “How is my brother Moishele?”

It was into this pure air, between these two mountains, that Rebbetzin Rachel Alter was born nearly 50 years ago. Throughout her childhood, her grandmother, Rebbetzin Miriam Borzykowski, a”h, would tell her stories about her stay in the presence of the angel who was her grandfather. Her grandmother had a younger sister, Rebbetzin Tzipora, who married her cousin, the Pnei Menachem of Gur. The sisters were very close.

It came as no surprise that when she reached marriageable age, a shidduch was suggested with her great-aunt’s son. Her father-in-law and great-uncle, the Pnei Menachem, was very moved, and on the wedding invitation, for which he personally wrote the nusach, he emphasized that the couple were grandchildren of Harav Moshe Betzalel, Hy”d, and Harav Yaakov Meir Biderman, Hy”d.

Rebbetzin Rachel, a”h, devotedly and steadfastly perpetuated this lofty lineage. She stood at the side of her illustrious husband, Hagaon Harav Daniel Chaim, shlita, and helped him raise doros of Torah and yirah. This week, she returned her neshamah to its Maker and was buried next to her grandmother. The golden chain was never broken.