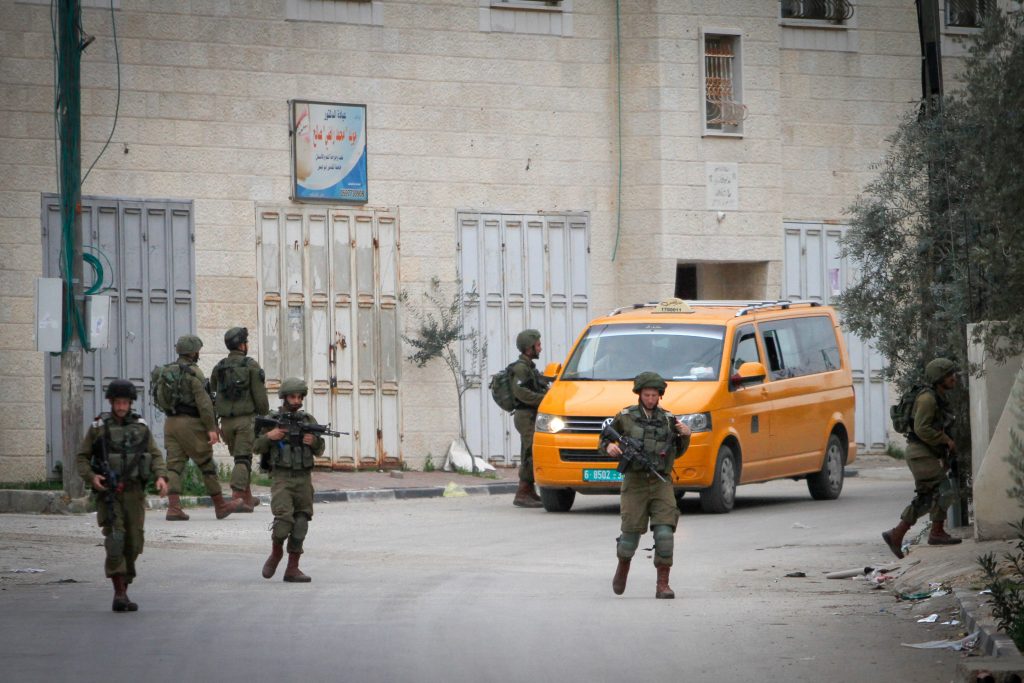 The levayah for Rabbi Itamar Ben-Gal, Hy”d, the Israeli who was murdered in a terror stabbing attack near Ariel Monday, was held Tuesday morning in his home town of Har Bracha. Rabbi Ben-Gal, 29, was a teacher in a yeshivah in Petach Tikvah, and he leaves behind a wife, Miriam, and four children, ages one through seven.

The murderer of Rabbi Ben-Gal has been identified by Abd Al Hakim Adel, 19, the son of an Israeli Arab man and Arab woman. Adel is an Israeli citizen, who had an Israeli identity card, which he used to spend time on both sides of the Green Line. His father lives in Shechem, his mother in Haifa.

The attack occurred Monday afternoon at the entrance to Ariel, a city in central Shomron. Rabbi Ben-Gal had been waiting at a bus stop, and Adel had just gotten out of a taxi. He crossed the highway and attacked Rabbi Ben-Gal using two knives he was holding, stabbing his victim in the upper body. Rabbi Ben-Gal, realizing what had happened, ran away, pursued by the terrorist. He managed to signal to a bus driver that he had been stabbed, and when the driver got off the bus and security officials began pursuing the terrorist, he ran in the other direction.

In a post on social media Tuesday morning, U.S. Ambassador to Israel David Friedman wrote that “20 years ago I gave an ambulance to Har Bracha hoping it would be used to deliver healthy babies. Instead, a man from Har Bracha was just murdered by a terrorist, leaving behind a wife and four children. Palestinian “leaders” have praised the killer.

“Praying for the Ben-Gal family,” he wrote.