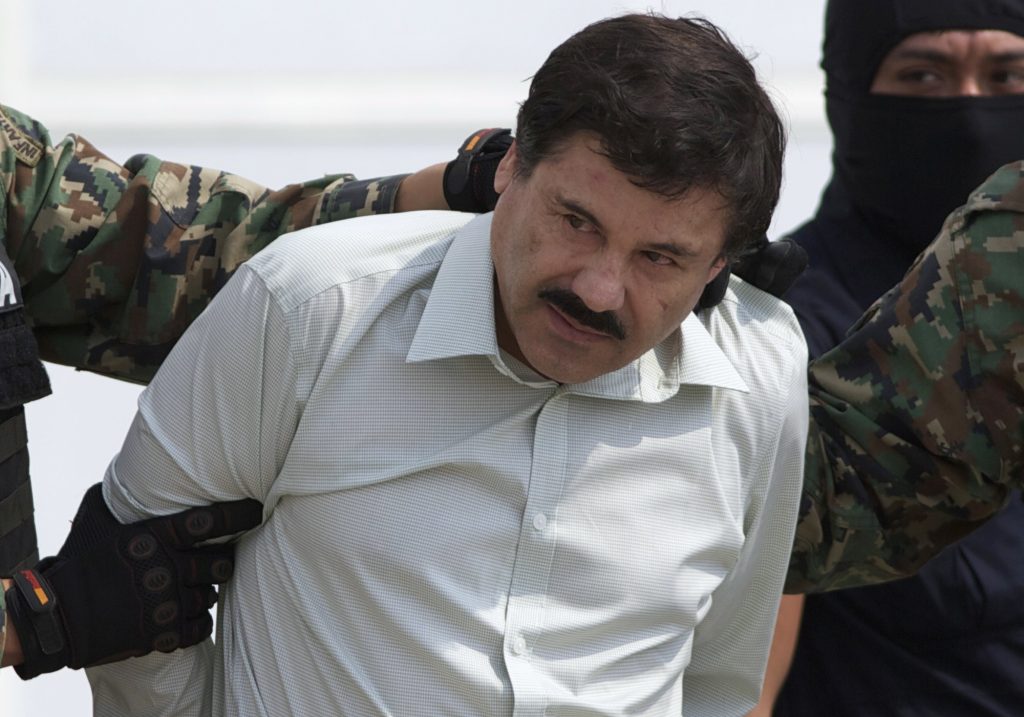 Notorious Mexican drug lord Joaquin “El Chapo” Guzman will have an anonymous jury at his U.S. trial later this year, dismissing the defendant’s promise not to order the targeting of jurors.

In a written order, U.S. District Judge Brian Cogan agreed with prosecutors who argued that withholding the names of jurors was needed to address any fears that they could be harassed or intimidated. Jurors also will be escorted to and from the Brooklyn courthouse by deputy U.S. marshals and sequestered from the public while inside, the judge said.

Prosecutors offered “strong and credible reasons” why the jury needs protections, including Guzman’s use of “sicarios” — or hitmen — to carry out thousands of acts of violence over more than two decades, Cogan wrote in the order, released by the prosecutor’s office on Tuesday.

That history “would be sufficient to warrant an anonymous and partially sequestered jury, but that many of the allegations involve murder, assault, kidnapping or torture of potential witnesses or of those suspected of assisting law enforcement makes the government’s concerns particularly salient,” he said.

Guzman’s attorney, Eduardo Balarezo, said on Tuesday that his client was disappointed by the ruling. The defense had argued that an anonymous jury would give the impression that Guzman is dangerous.

“All he is asking for is a fair trial in front of an impartial jury,” Balazero said in a statement.

In the past, Guzman used his connections to continue to run his drug empire from behind bars, prosecutors said. They also claim that in the United States, Guzman had the support of criminals who are not under his direct control.

In court papers, prosecutors cited media reports about an online video made last year — since removed from the internet — by a group of federal prisoners in California in which they boasted in Spanish that they were “hitmen” at his service. On the recording, their faces were concealed with pieces of clothing and sunglasses.

One was heard assuring Guzman “everything is ready for you. What you say is the law. Here you have more than 3,500 soldiers.”

Guzman is due back in court on Feb. 15 for a pretrial hearing. The judge has indicated he expects the trial to begin in the fall.