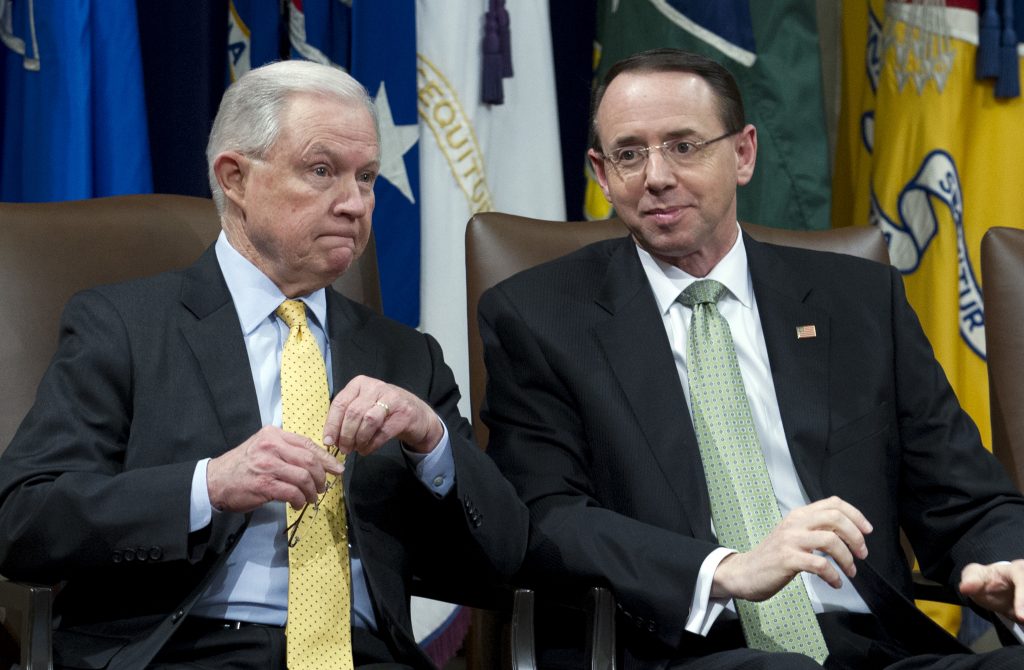 A memo written by Democrats on the House intelligence committee as part of its investigation of Russian election interference was under review Tuesday at the White House, where President Donald Trump will decide whether to allow the public to read it.

Pres. Trump last week declassified a document written by the committee’s Republican majority that criticized methods the FBI used to obtain a surveillance warrant on a onetime Trump campaign associate. Pres. Trump said the GOP memo showed the FBI and Justice Department conspired against him in the Russia probe.

The Democratic memo, intended as a counter to the GOP document, has deepened a partisan divide on the committee, which is supposed to be jointly investigating Russian meddling and possible connections between Russia and Pres. Trump’s presidential campaign.

The Mueller interview was confirmed by two people familiar with it. They spoke on condition of anonymity because they were not authorized to speak publicly about details of the interview. One of the people said Bannon plans to tell Mueller “everything” he knows.

Bannon is expected to face questions about key events during his time in the White House including Pres. Trump’s firings of former National Security adviser Michael Flynn and former FBI Director James Comey.

Also Tuesday, the House intelligence committee gave Bannon another week to negotiate the terms of a closed-door interview. Amanda Gonzalez, a spokeswoman for Rep. Trey Gowdy of South Carolina, said the committee extended the deadline on Bannon’s subpoena until next Tuesday.

The extension is the third time Bannon’s interview has been postponed as the committee negotiates the terms of his interview. At issue is whether the White House will allow Bannon to answer questions about his time in the Trump administration.

“We look forward to having him before the committee once we can assure that he will be able to thoroughly answer all our questions without concerns regarding the scope of executive privilege,” said Emily Hytha, a spokeswoman for Texas Republican Rep. Mike Conaway, a leader of the panel’s Russia probe.

The postponement of Bannon’s interview came as the House panel voted unanimously Monday to release the Democratic memo, sending it to the White House for a legal and national security review.

“The White House has received a memorandum from the minority members of the House Select Permanent Committee on Intelligence,” press secretary Sarah Huckabee Sanders said after the House intelligence committee’s vote.

She said the Trump administration “will follow the same process and procedure” it did with the Republican document, meaning Pres. Trump has five days to decide whether to allow the Democratic memo’s publication.

Pres. Trump declared over the weekend that the GOP memo “totally vindicates” him. Both Republicans and Democrats disputed that, and Democrats also bemoaned the release of formerly classified information and the possibility the precedent could compromise future investigations.

After the House committee vote Monday, Rep. Adam Schiff of California, the panel’s top Democrat, said he believed the Democratic document would “help inform the public of the many distortions and inaccuracies in the majority memo.” But he also expressed concern about “political redactions” the White House might make before the document is released.

Schiff said he would compare any deletions the FBI and Justice Department might request with any White House edits to try to identify any attempts to withhold information for political purposes.

Conaway said after the vote that parts of the document should not be released.

“There are things in the memo that I would be uncomfortable with if the White House did not redact,” he said.

The Republican memo released last Friday alleges misconduct by the FBI and the Justice Department in obtaining a warrant under the Foreign Intelligence Surveillance Act to monitor former Trump campaign foreign policy adviser Carter Page. Specifically, the memo takes aim at the FBI’s use of information from former British spy Christopher Steele, who compiled a dossier containing allegations of ties between Pres. Trump, his associates and Russia.

The GOP memo’s central allegation is that agents and prosecutors, in applying in October 2016 to monitor Page’s communications, failed to tell a judge that Steele’s opposition research was funded in part by Hillary Clinton’s presidential campaign and the Democratic National Committee.