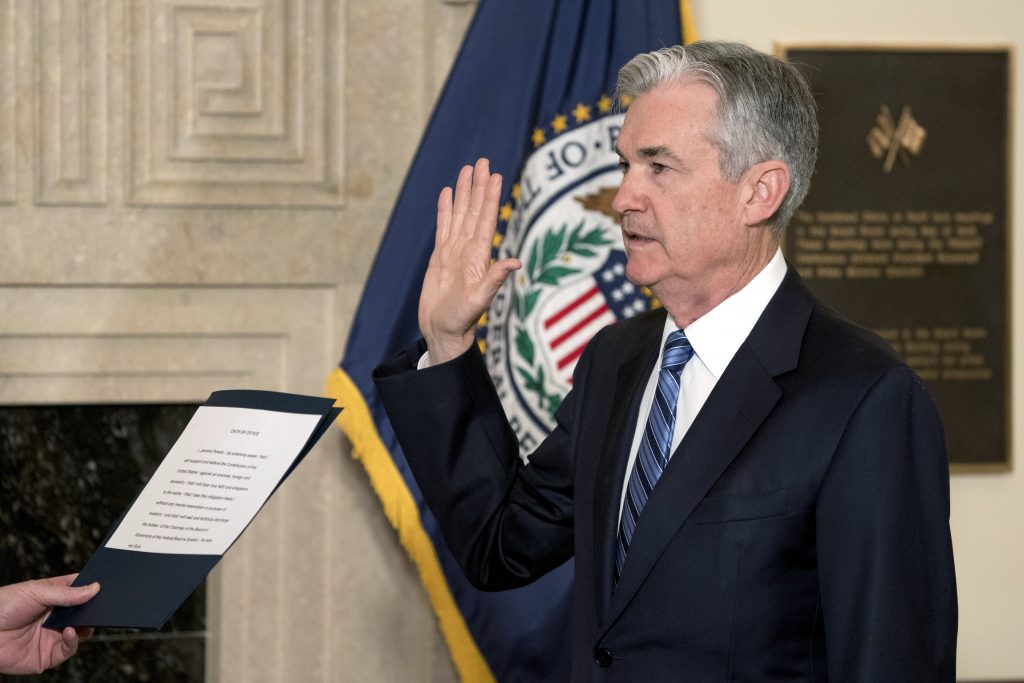 Jerome Powell was sworn in Monday as the 16th chairman of the Federal Reserve in a brief ceremony in the Fed’s board room. In a video message, Powell pledged to support continued economic growth and a healthy job market while remaining “vigilant” to any emerging economic risks.

Powell took the oath of office one day after his 65th birthday from Randal Quarles, the Fed’s vice chairman for supervision, in a ceremony that was attended by Fed staff and Fed board member Lael Brainard.

In his video message, Powell did not mention the current turbulence in financial markets, which sent stocks plunging on Friday. But he said he and the other Fed officials will “remain vigilant and we are prepared to respond to evolving risks.”

Powell, who has been on the Fed board since 2012, was tapped by Trump on Nov. 2 after a highly public search for a new Fed chair. His nomination was approved by the Senate earlier this month for a four-year term as chairman that will end in February 2022. Powell’s current term as a Fed board member does not end until Jan. 31, 2028.

In his message, Powell, an investment banker before joining the Fed, said he was committed “to explaining what we’re doing and why we are doing it” in carrying out the Fed’s main jobs of promoting price stability and maximum employment.

“Today, unemployment is low, the economy is growing and inflation is low,” Powell said. “I am also pleased to report that our financial system is now far stronger and more resilient than it was before the financial crisis that began about a decade ago. We intend to keep it that way.”

Powell said that he and his Fed colleagues would work to make sure that the Fed’s regulations are “efficient as well effective.”

Trump was highly critical of the tougher bank rules put in place after the 2008 financial crisis, saying they had harmed economic growth. He has been nominating officials for the Fed and the government’s other bank regulatory jobs who have pledged to do away with unnecessary regulations.

Powell did not mention recent stock market turbulence. But in an interview broadcast Sunday by CBS, Yellen said she did not want to characterize current stock prices as an asset bubble that could burst with dangerous results, though she did see a “source of some concern that asset valuations are so high.”