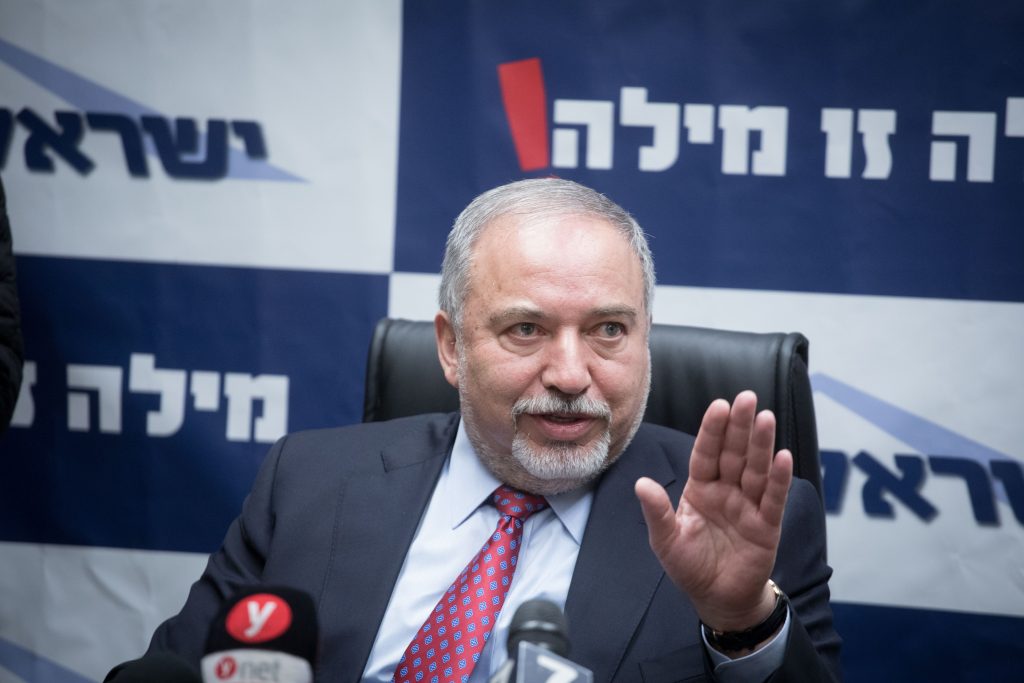 Defense Minister Avigdor Liberman rejected on Monday a call for Israel to bail out the Hamas-run Gaza enclave, in order to prevent economic collapse and war.

“The situation in Gaza is indeed difficult,” Liberman conceded at the weekly meeting of his Yisrael Beytenu faction in the Knesset, but asserted that claims to the contrary notwithstanding, “there is no humanitarian crisis.”

Liberman also stressed that this was not just his opinion; he was speaking on behalf of the entire defense establishment, including COGAT– the agency that administers Palestinian affairs, including the crossings into Gaza — and the Shin Bet.

“We will not spend a penny from the Israeli budget. I refuse to allow any penny of Israeli tax money to go to the Strip. There are enough wealthy Arab countries.”

He also noted that the Palestinian leaders themselves prefer to spend money on terror activities than improving conditions for the people. He said Hamas has poured $260 million into manufacturing rockets and digging tunnels in the Gaza Strip just in the past year. Of that, $100 million came from Iran and the remainder from Gaza taxes.

They are unwilling to “divert even a shekel” to better condition for the local population, while Hamas officials have electricity “24 hours a day.”

Liberman was speaking in response to a media report saying that IDF Chief of Staff Gadi Eisenkot warned the Israeli cabinet on Sunday that failure to address the crisis in Gaza could lead to war. In his briefing, Eisenkot cited the lack of electricity, drinkable water, and food in Gaza.

“The State of Israel cannot afford to continue to ignore this crisis,” said Yesh Atid leader Yair Lapid at his weekly faction meeting on Monday. “Not on a humanitarian level, and not on a security level.”

“The State of Israel cannot stand by while children’s wards in hospitals are disconnected from electricity,” he added. “This is against everything we believe in.”