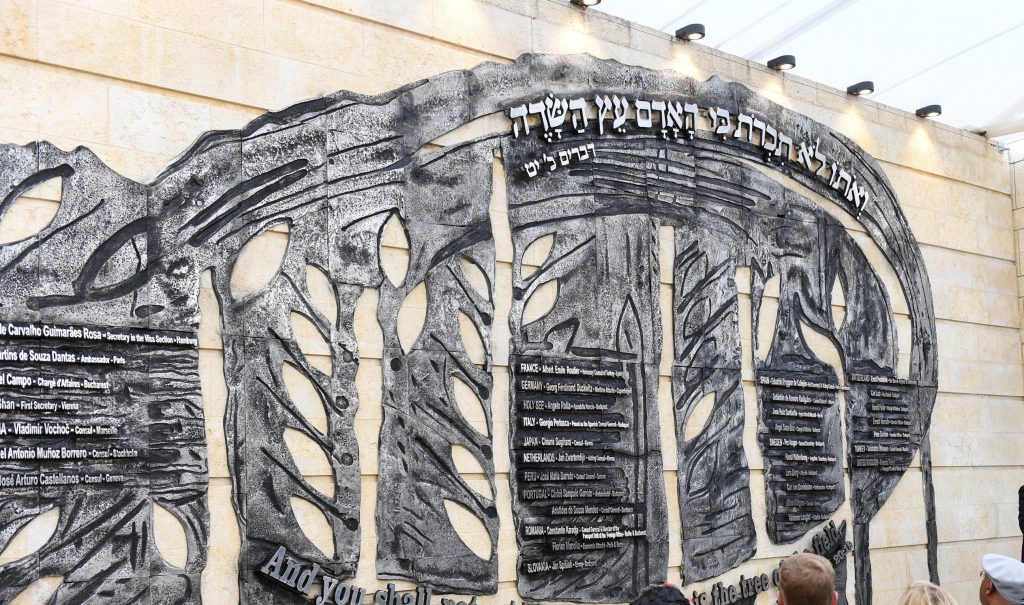 Israel’s foreign ministry has unveiled a monument honoring diplomats who saved Jews during the Holocaust.

Prime Minister Binyamin Netanyahu, who also serves as Israel’s foreign minister, dedicated the site on Monday for the 36 diplomats whom the Yad Vashem memorial has recognized as “Righteous Among the Nations.”

It’s the country’s highest honor given to non-Jews who risked their lives to save Jews during World War II.

The most famous was Swedish diplomat Raoul Wallenberg who is credited for having saved at least 20,000 Jews before he mysteriously disappeared. The monument honors those who “acted by the dictate of their conscience, without regards for personal and professional consequence.”

Netanyahu said the enduring lesson was that threats “must always be confronted early, when there is time to nip them in the bud.”