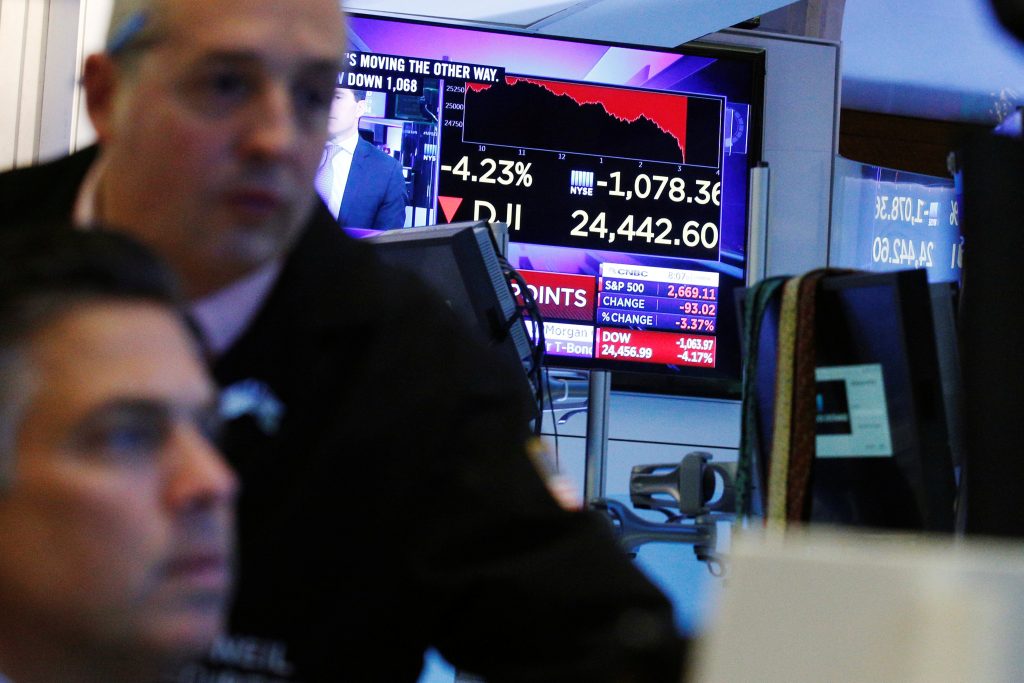 The Dow Jones industrial average plunged as much as 1,500 points, erasing its gain for the year, as the market extends a slump that began Friday.

The Dow’s point loss would be its biggest of all time, though in percentage terms, its 5.6 percent decline wasn’t as big as its worst drop during the financial crisis.

The slide Monday brought the Dow back below 24,000 points.

The market’s slump began on Friday as investors worried that creeping signs of higher inflation and interest rates could derail the market’s record-setting rally.