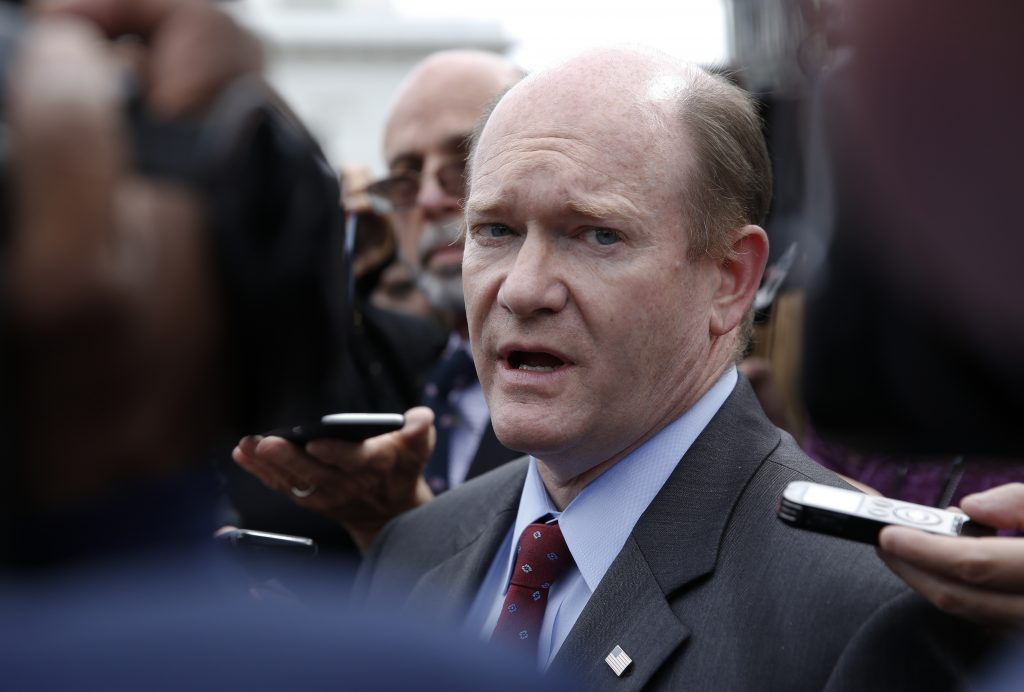 A bipartisan immigration proposal surfaced Monday in the Senate, only to be quickly knocked down by President Donald Trump via Twitter. Firing back, one senator pushing the narrowly focused compromise said Trump’s “unconstructive engagement” has hurt congressional efforts to strike a broader deal.

Sens. John McCain, R-Ariz., and Sen. Chris Coons, D-Del., said they were proposing legislation that would provide a pathway to legal status — potentially including citizenship — for immigrants who entered the U.S. illegally as children, known as “Dreamers.” It would also require the government to strengthen border security by 2020, but stops short of specifically providing the $25 billion Trump wants for a U.S.–Mexico border wall.

“Any deal on DACA that does not include STRONG border security and the desperately needed WALL is a total waste of time. March 5th is rapidly approaching, and the Dems seem not to care about DACA. Make a deal!” Trump tweeted.

The “Dreamers” have been protected by the Deferred Action for Childhood Arrivals program, or DACA, created by former President Barack Obama. Trump has said he’s terminating the program but given Congress until March 5 to renew it, though a federal judge’s temporary order preserving DACA has left that deadline’s impact murky.

Trump has proposed offering a route to citizenship for up to 1.8 million young immigrants. He would also limit legal immigration by reducing the relatives they can sponsor for citizenship and eliminating a lottery that provides visas to people from diverse places, including Africa.

In a conference call with reporters, Coons said tackling a wider bill has “gotten more politically complicated” because of Trump’s “unconstructive engagement on immigration.” Coons said he was referring to Trump comments at a White House meeting last month at which he used a vulgarity to described African nations.

Coons said Trump’s push to limit legal immigration based on families is the “most divisive and difficult” of his proposals.

Coons said he believed his plan with McCain would protect around 1.8 million to 2 million young immigrants. It would create a road to legal status for “Dreamers” who arrived in the U.S. by the end of 2013 and meet other criteria, including no convictions for serious crimes. Once they’ve become lawful permanent residents, they can follow existing procedures to apply for citizenship.

It was being unveiled days before the Senate plans to begin debating immigration legislation, a battle that faces an uncertain outcome in a politically polarized climate. It remains unclear what measure Senate Majority Leader Mitch McConnell, R-Ky., will use to commence debate and what amendments will be offered.

Coons said his bipartisan plan could serve as a starting point and was open to adding border security money. McCain has been in Arizona being treated for cancer and was not on the conference call.

Trump said last September that he was ending the DACA program, complaining that Obama had overstepped his legal authority in creating it.

But while his 2016 election campaign was laced with anti-immigrant remarks, he’s expressed sympathy for the “Dreamers” and he gave Congress until March 5 to pass legislation protecting them.

Democrats and some Republicans want to give “Dreamers” a pathway to citizenship, but oppose cuts Trump would make in the number of legal immigrants allowed to enter the U.S. Conservatives oppose letting “Dreamers” become citizens.

That stalemate has led many to believe the likeliest outcome is a narrowly focused bill or even no legislation at all. Some senators have discussed a potential compromise extending DACA protections and financing border security for one year.

The senators’ proposal is similar to a bipartisan House package by Reps. Will Hurd, R-Texas, and Pete Aguilar, D-Calif.