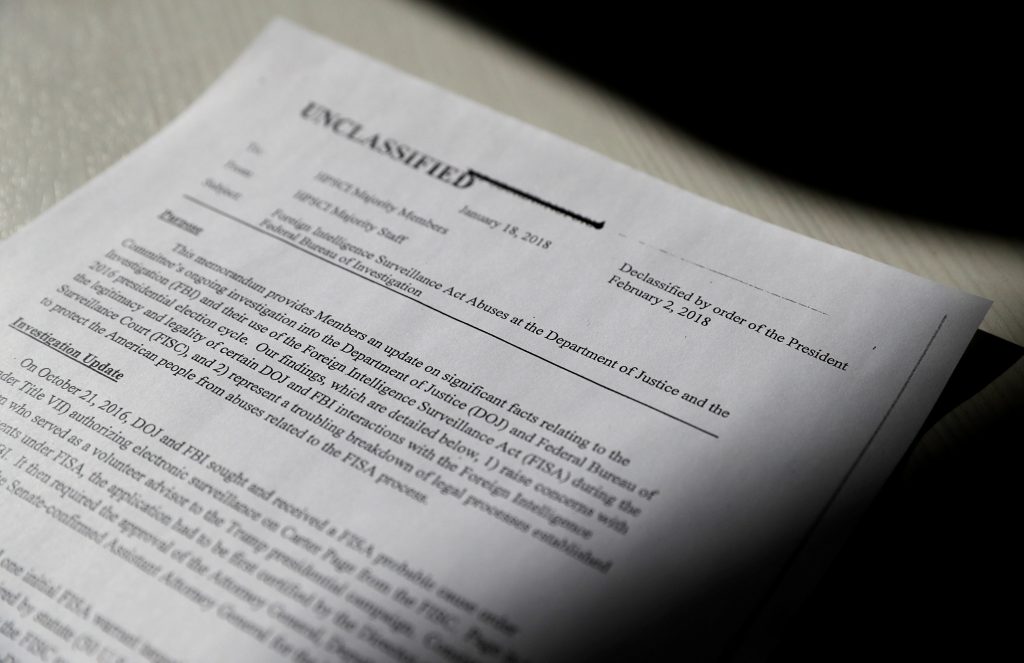 The House Intelligence Committee on Monday will consider whether to release the Democratic rebuttal to a Republican memo alleging bias at the FBI and Justice Department against President Donald Trump, two sources told Reuters.

The panel, which on Friday released the Republican document, will decide whether to declassify the Democratic memo, which Democrats say highlight flaws and other shortcomings in the Republican account.

The committee will meet at 5 p.m. on Monday to vote on whether to make the second document public, one of the sources said.

The furor over the Republicans’ four-page memo is part of a larger political battle over the federal criminal investigation into possible collusion between the Trump campaign and Russia to sway the 2016 presidential election.

Democrats contend the Republicans mischaracterized highly sensitive classified information that was used to justify the extension of surveillance against a former Trump campaign aide.

They say the document was written in a way to undermine the Russia probe, which Mueller took over from the Federal Bureau of Investigation in May after Trump fired FBI Director James Comey.

Key Democratic and Republican lawmakers said on Sunday the Republican memo will not affect the government’s Russia probe and rejected Trump’s assertion he was vindicated by the document.

Trey Gowdy, the Republican chairman of the powerful House Oversight Committee, said the four-page memo has no impact on the Russia probe.

“Not to me, it doesn’t, and I was pretty integrally involved in the drafting of it,” Gowdy said in a preview of an interview to be aired on CBS on Sunday.

“There is a Russia investigation without a dossier,” he said. “It doesn’t have anything to do with obstruction of justice.”

The document centered on evidence, including a dossier partly funded by Democrats, presented by the FBI and Justice Department to a judge to extend surveillance of former Trump campaign aide Carter Page.