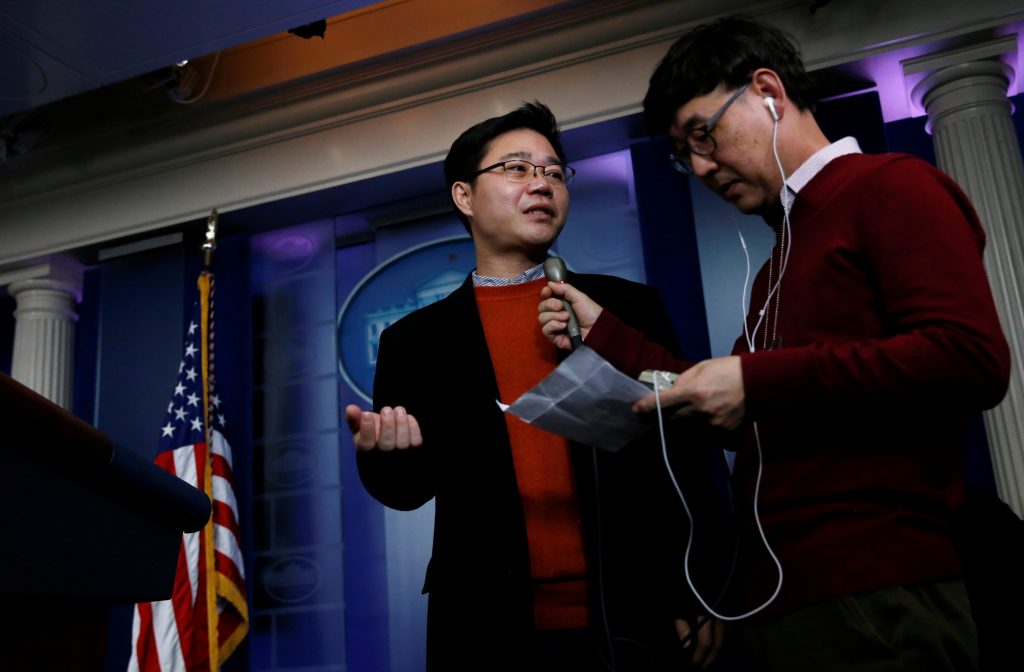 North Korea on Sunday slammed President Donald Trump’s State of the Union address and said its nuclear capabilities would “deter Trump and his lackeys from showing off on the Korean peninsula.”

In his address last week, Trump said that “no regime has oppressed its own citizens more totally or brutally than the cruel dictatorship in North Korea.”

“We need only look at the depraved character of the North Korean regime to understand the nature of the nuclear threat it could pose to America and to our allies,” Trump said.

On Sunday, a North Korean foreign ministry official shot back at the president.

“If Trump does not get rid of his anachronistic and dogmatic way of thinking, it will only bring about the consequence of further endangering security and future of the United States,” the official said, in comments carried by the North’s official Korean Central News Agency.

The official disputed Trump’s claim in his address that the United States had “made incredible progress and achieved extraordinary success” over the last year, calling it “the height of Trump-style arrogance, arbitrariness and self-conceit.”

Trump also said in his speech that the U.S. was “waging a campaign of maximum pressure” to prevent North Korea from being able to attack the U.S. with nuclear weapons.

The foreign ministry official said that North Korea’s “self-reliant defense capability with the nuclear force as its backbone will, however, completely deter Trump and his lackeys from showing off on the Korean peninsula.”

On Friday, Trump sought to increase pressure on Pyongyang over its nuclear program by consulting with allies and highlighting the human rights abuses suffered by defectors from North Korea.

Trump hosted about a half-dozen North Korean defectors in the Oval Office, including Ji Seong-ho, who had used crutches to escape the reclusive country after a train ran over his limbs. Days earlier, Ji raised his crutches in triumph when Trump singled him out during his State of the Union address.

Trump has expressed a willingness to deal with rising tensions with Pyongyang through diplomacy, but he has said the United States would use military force on North Korea if needed.