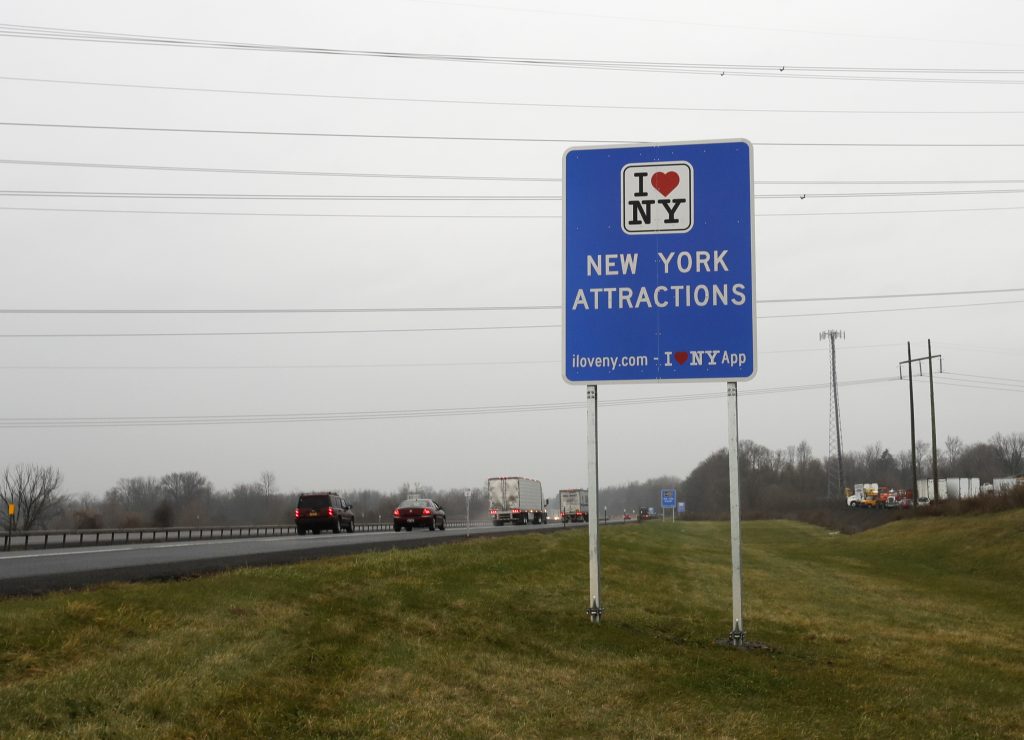 The administration of Democratic Gov. Andrew Cuomo will remove and replace hundreds of “I love NY” tourism signs along New York’s highways after officials in Washington said the state would lose $14 million in federal funding if they weren’t removed.

State officials announced Friday evening that they will install new signs this summer and will consult with the federal government on the designs. They stopped short of admitting defeat in the fight with federal officials, however, saying new signs are needed anyway for a new tourism campaign.

“As the current campaign and signs are entering their fifth year, this message has run its useful course and we already plan to launch a new ‘I Love NY’ campaign this summer,” according to a joint statement issued by state Department of Transportation Commissioner Paul Karas and Thruway director Matthew Driscoll.

New York spent more than $8 million on the “I Love NY” signs in recent years. Federal officials told Cuomo to remove them because they were unsafe, but he refused. The federal officials warned the state Thursday that it would lose $14 million unless it complies with the sign regulations by June 30.

State officials credit the signs with driving up tourism. They say the new campaign, to be launched this summer, will carry the theme of “NY has it all!”

Cuomo’s critics had jumped on the signs and the ensuing conflict with Washington, as an example of unnecessary stubbornness on the part of the governor.

“If the governor had put his ego aside, adhered to federal highway rules and found some way to compromise before he disregarded the law, we could have avoided this embarrassing debacle in the first place,” said Assemblyman Joseph Errigo, R-Livingston County.