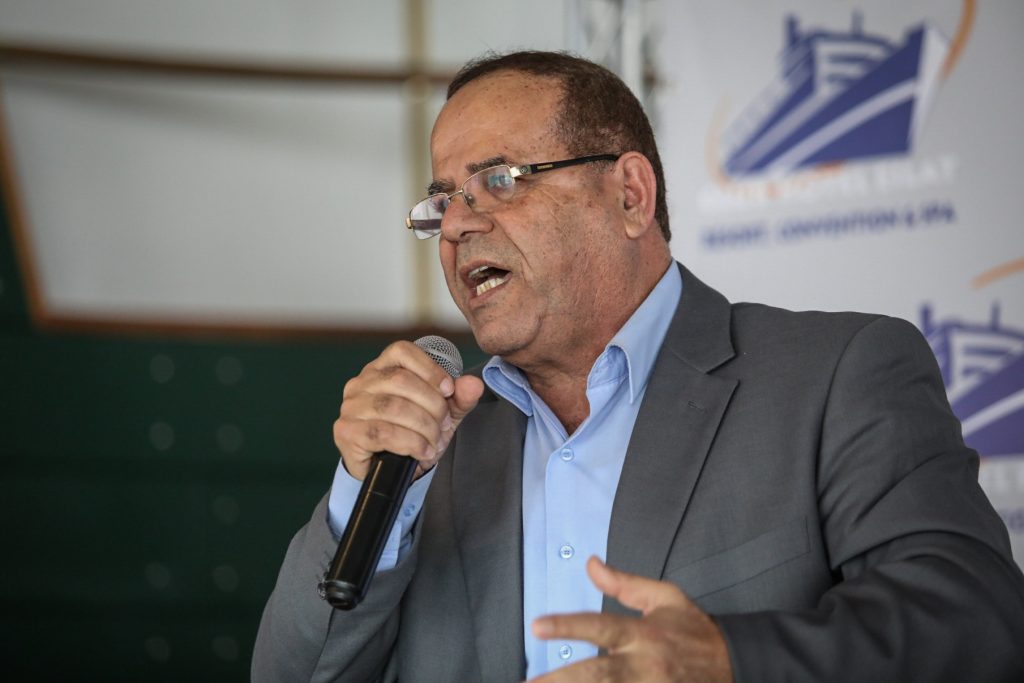 A member of the royal family of Bahran is currently in Israel and will visit the Knesset on Monday, according to Israeli Communications Minister Ayoub Kara.

Kara said that he met in Tel Aviv with Mubarak Al Khalifa, a prince of Bahrain, “in order to strengthen the relationship between our two countries,” Kara tweeted on Sunday.

“On Monday I will also have the honor of welcoming him to Israel’s Knesset,” he added, above a photo of the apparent royal guest grinning next to Kara.

If the public visit comes to pass on Monday, it would be a significant stride forward in Israel’s ongoing efforts to reach out to Arab countries.

However, the Foreign Ministry told The Times of Israel it had no knowledge of the prince being in the country. Officials at the Knesset also said it was news to them, which cast doubt on the matter, since visits by foreign dignitaries usually entail extensive coordination with foreign delegations.

Adding to the mystery, the Bahraini government and royal websites do not mention any living member of the royal family called Mubarak Al Khalifa.

While Kara claims to have met with “the prince of Bahrain,” the country’s crown prince — the eldest son of King Hamad bin Isa Al Khalifa — is Salman bin Hamad Al Khalifa, and bears no resemblance to the “Mubarak Al Khalifa” named in Kara’s tweet, the Times noted.