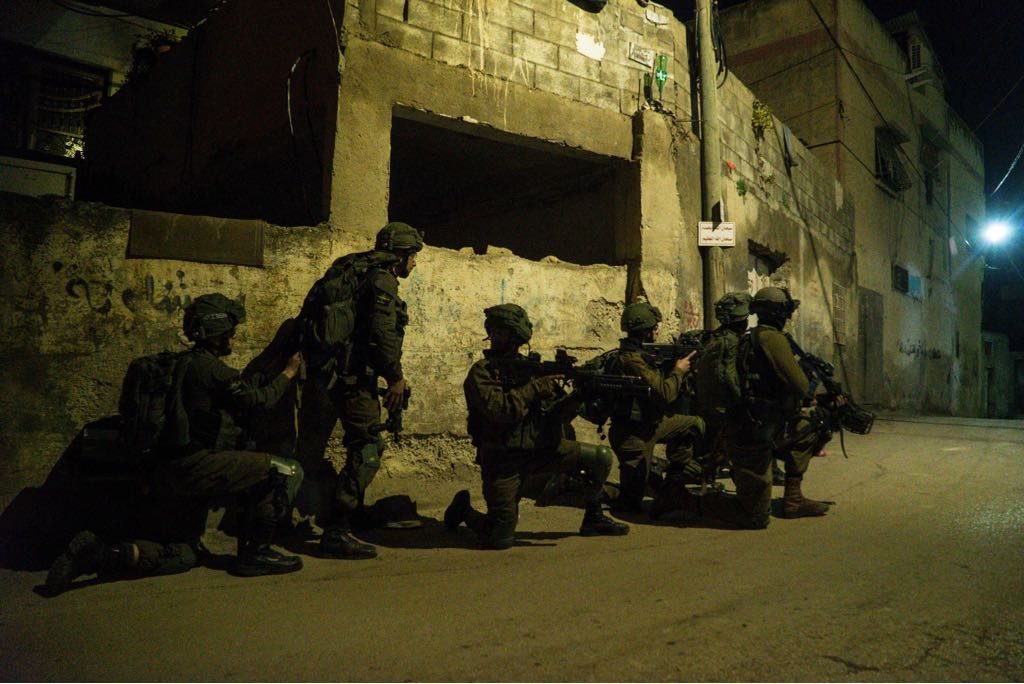 An accomplice of a Palestinian suspected of shooting and killing Rabbi Raziel Shevach, Hy”d, last month was arrested during an arrest raid in the village of Burqin, near Jenin, the IDF said in a statement.

The arrest came after an hours-long operation in the area that also saw a 19-year-old protester killed in clashes with Israeli forces.

Jenin residents reported heavy military presence and said IDF soldiers, using loudspeakers, called for the surrender of Ahmad Nassar Jarrar, the suspected leader of the terror cell that shot and killed 35-year-old Rabbi Shevach, as he drove home to the Chavat Gilad outpost.

Jarar is the only member of the terror cell who has not yet been captured by Israeli security forces.

Ten suspects have been arrested since the attack, among them, according to reports, Jarar’s wife and father-in-law.

Footage shared widely on Palestinian social media showed a convoy of IDF bulldozers and other demolition vehicles entering the nearby village of Burqin.

The presence of IDF troops in the Palestinian areas sparked clashes with local residents. The Palestinian Health Ministry said one man, 19-year-old Ahmad Abu-Obeid, was shot dead by soldiers during a stone-throwing confrontation. Arab reports said that about 200 Palestinians were throwing stones at IDF vehicles when a gunshot was heard, adding that a wounded person was then carried to a car.

The IDF spokeswoman said he had climbed onto a military vehicle and had opened its door before he was shot.

In a separate operation overnight Motzoei Shabbos, IDF forces arrested several Palestinians believed to have been responsible for attacking an Israeli man who on Friday inadvertently strayed into a Palestinian neighborhood, outside of Yerushalayim.

The IDF said in a statement that a joint raid involving police and border police forces saw six Palestinians arrested. The forces were confronted by rioters from the village, and a grenade was thrown at security forces. No injuries were reported.