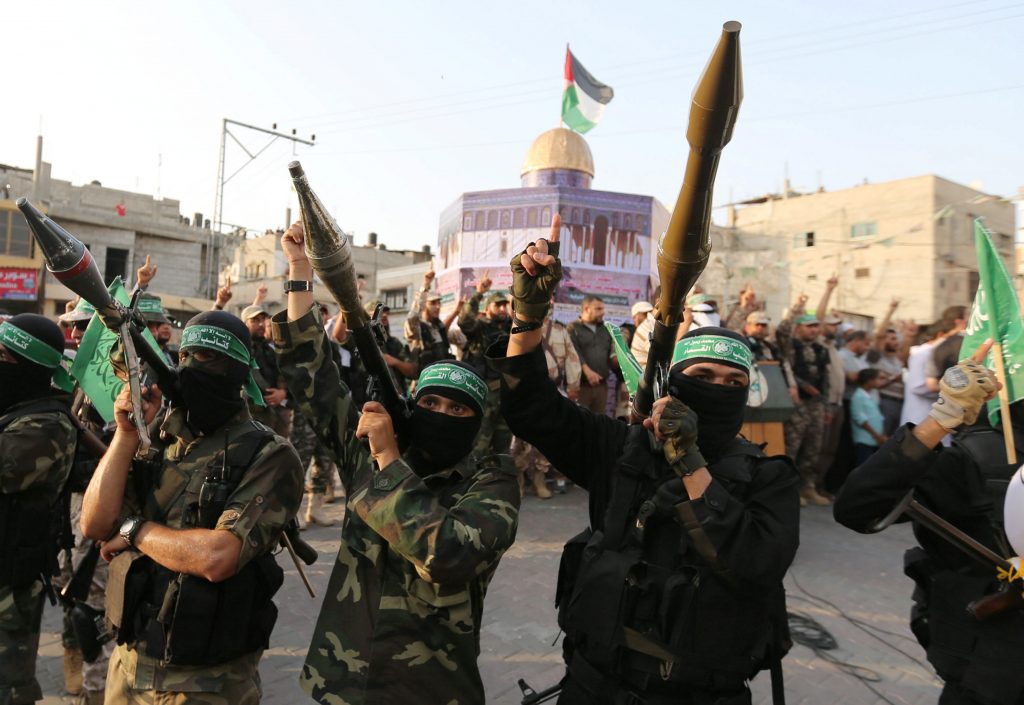 Top terrorists in Hamas expect Israel to launch a major campaign against the Gaza terror group in the coming days, a report in the Al-Hayat newspaper said Sunday. As a result, Hamas terrorists have been abandoning positions near the border, anticipating that they will be the first to be hit by Israeli attacks.

The report quoted Hamas officials as saying that there is a “95 percent chance” that Israel will attack the terror group in the coming days. To prepare for the imminent attack, Hamas terrorists have been spread throughout Gaza, including in civilian locations, in order to prevent any Israeli incursion into populated areas. The report added that other Gaza terror groups, including Islamic Jihad, were preparing in a similar manner.

On Friday evening, IDF planes hit two terror targets belonging to Hamas in the southern Gaza Strip. The attack was in response to the firing of a rocket by Gaza terrorists earlier. The rocket fell in an open area near the Gaza border. No injuries or damage were reported. As the Israeli attack took place, the Red Alert warning system sounded in numerous communities in the Gaza border area, sending residents scurrying for shelter. The IDF later said that the alarms were false.

“We face many challenges. We are the main force in the Middle East preventing the spread of radical Islam, such as the Islam proffered by Islamic State and Iran, who are threatening the entire world. We do not seek war, but we will do everything necessary to defend ourselves,” said Netanyahu.