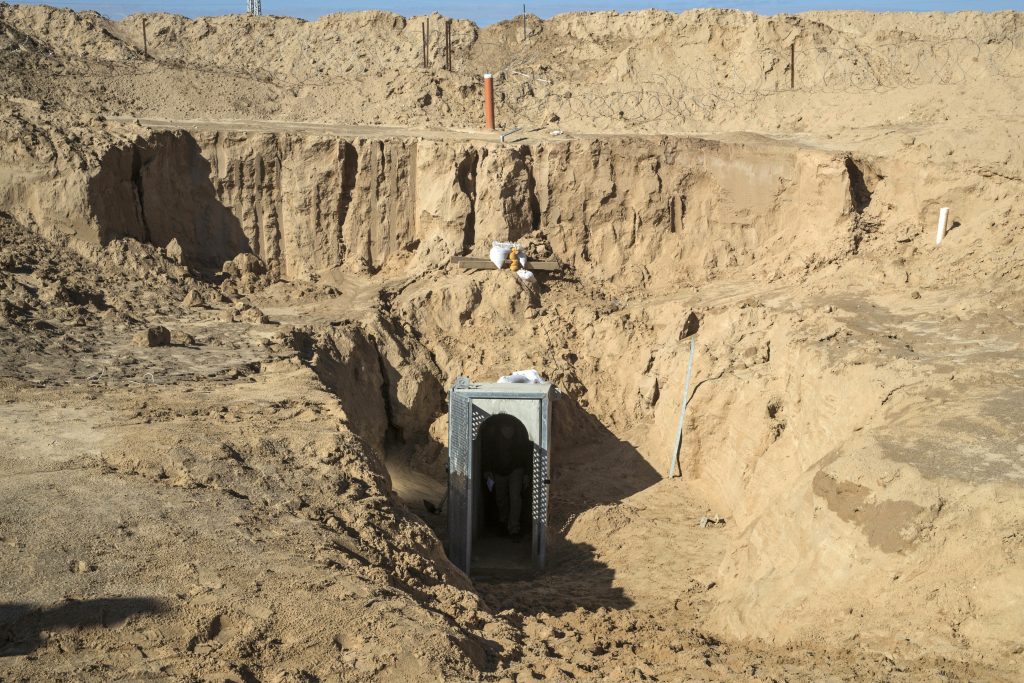 Reports from Gaza Sunday morning said that a smuggling tunnel that ran from Sinai to Gaza had collapsed. According to the reports, two Gaza Arabs were trapped in the tunnel. The report made no mention of why the tunnel collapsed.

Israel had no comment on the tunnel collapse. In statements, however, Israeli officials have hinted that the tunnels are more unsafe now than they have been in the past. In a recent statement, IDF Gaza security coordinator General Yoav Mordechai issued a warning to Gazans. “Our advice to the dear residents of Gaza is to stay away from the terror tunnels,” Mordechai said in a social media post in Arabic. “You will find nothing there but death.” Over the past year, a significant number – as many as several dozen – terrorists were killed in the same way, according to IDF estimates.

Overnight Motzoei Shabbos, IDF soldiers arrested six Arabs who were involved in an attempted lynch of an Israeli civilian who mistakenly drove into the Abu Dis neighborhood outside Yerushalayim. The Israeli was attacked by Arab rioters, who set fire to his vehicle. Palestinian Authority police removed him from the riot and transferred him to Israeli officials.