Regional When Is a Bribe Not a Bribe? Mayor de Blasio Says He Did No Wrong
Regional 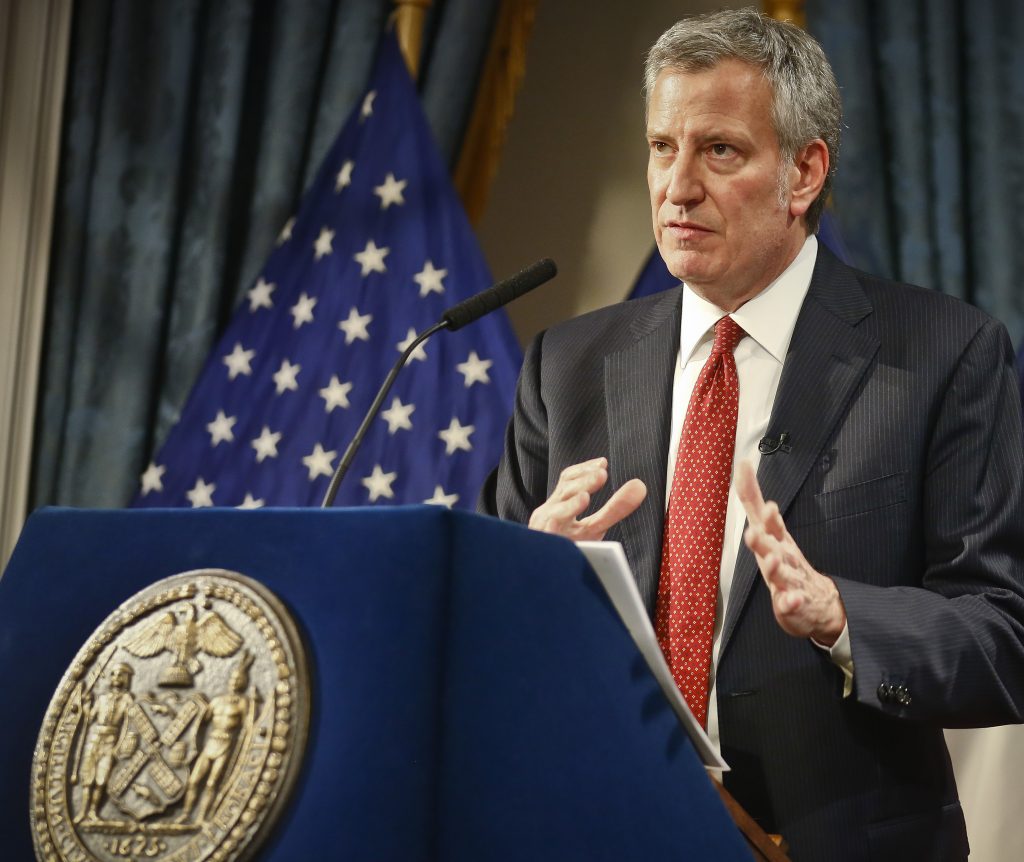 Harendra Singh was in a losing battle with New York City over millions of dollars in rent on his waterfront restaurant. So, by his own admission, he opened his wallet and bribed his way out of the problem.

He donated thousands of dollars to the mayor’s election campaign and, as a result, got a meeting with top city officials in which he hammered out a more favorable lease.

Singh ultimately pleaded guilty to a federal bribery charge. The man he admitted to bribing, Mayor Bill de Blasio, was not prosecuted.

That incongruity dogged de Blasio anew over the past week after Singh’s guilty plea, made in secret in 2016, became public for the first time. Reporters peppered the Democrat with questions about how someone could be guilty of giving him a bribe, but him not being guilty of accepting it.

“Everything we did on that matter and everything else we’ve done in this administration was legal, was appropriate. We hold ourselves to high ethical standards,” the mayor said. “The federal government looked at this exhaustively. I’ve got nothing else to say about it. We handled things in the appropriate manner.”

The mayor also suggested that Singh pleaded guilty only because he was in trouble for a variety of corrupt acts, many related to his dealings with political figures on Long Island.

“This man did a lot of bad things in a lot of places,” de Blasio told WNYC radio host Brian Lehrer. “This guy, to save his own skin, struck a plea deal with the federal prosecutors. … He agreed to certain charges for his own self-preservation. But I’ve been 100 percent consistent. What he said happened did not happen period.”

Legal experts said there are pragmatic reasons prosecutors might go after someone who tried to pay a bribe without charging the person who allegedly received it.

“In practice, the bribe payer is almost always the easy case,” said Kelly Kramer, a Washington lawyer who leads the white collar criminal defense practice at Mayer Brown. “The bribe payer has a very clear motive. Often times, you’ll have internal email or text that makes clear what their objective is. The recipient, you tend to have less evidence about their intent. You might have a recording. Lots of other times it’s more ambiguous.”

“Bribery is not just about the payment,” he added. “Proving intent is always the trick.”

Investigators had examined both the mayor’s dealings with Singh and with another businessman, Jona Rechnitz, who admitted buying himself political access with campaign contributions.

Like Singh, Rechnitz pleaded guilty to honest services fraud in a complex case involving a wide array of illegal acts. But one of them, prosecutors said, was buying access to city officials by contributing more than $100,000 to certain political committees. After making the donations, Rechnitz said he got a variety of special favors, including help with a dispute with the city over allegations that an illegal hotel was operating in one of his buildings

De Blasio has also denied that Rechnitz got special treatment and called him a liar.

The Supreme Court made it more difficult to prosecute elected officials in 2016, ruling they had to take an “official act” in exchange for a bribe for it to be illegal. Simply setting up meetings or organizing events for someone wasn’t enough.

Failure to prove corrupt intent led to the collapse this week of the federal prosecution of U.S. Sen. Bob Menendez in New Jersey. Prosecutors said they wouldn’t retry the Democrat on charges that he traded influence for gifts and campaign contributions from Florida eye doctor after a judge ruled that they had failed to show an explicit quid-pro-quo agreement.

One loud objection over prosecutors’ handling of the de Blasio investigation came from lawyers for former Nassau County Executive Edward Mangano, a Republican awaiting trial on charges that he also accepted bribes from Singh.

Mangano’s lawyer filed a legal motion Tuesday demanding that the case be thrown out on the grounds that the government had engaged in “selective prosecution.”

“The new revelations in this case demonstrate: (1) that prosecutors in the Eastern District of New York had both ample evidence and authority to charge Mayor de Blasio; and (2) that they nevertheless made a choice not to pursue charges,” attorney Kevin Keating wrote. “To date, no explanation has been forthcoming as to why this decision was made.”

Assistant U.S. Attorney Lara Treinis Gatz said in a court filing Tuesday that the claim of selective prosecution was baseless.