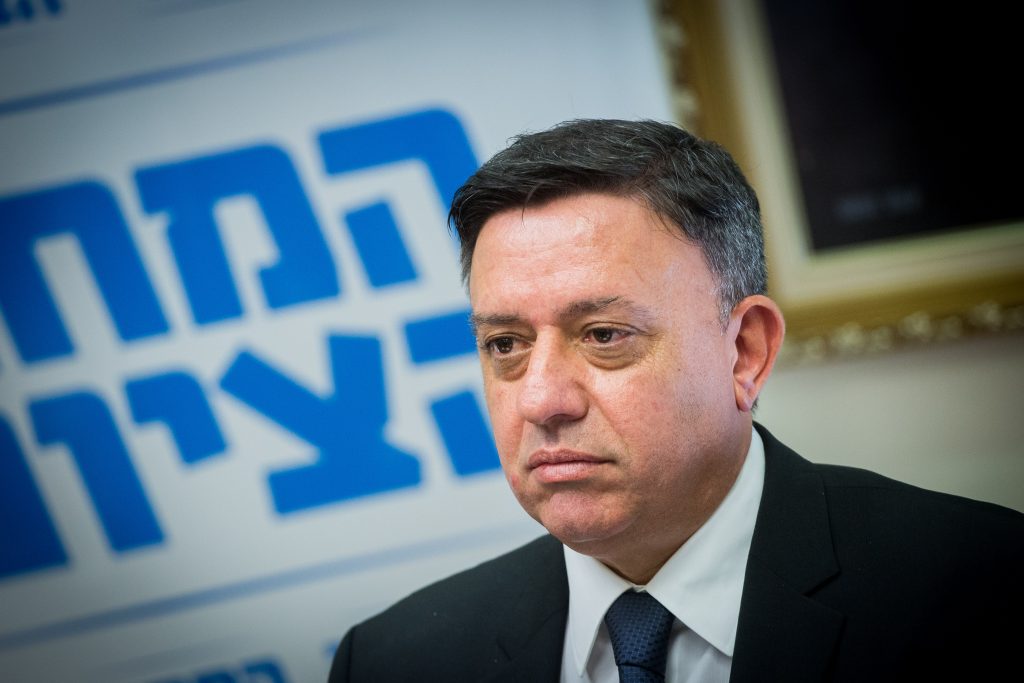 It is only about six months since Avi Gabbay was elected chair of the Zionist Camp party, but already now, according to a report in Yisrael Hayom, MKs from the party are discussing the possibility of ousting Gabbai from the party through a faction split in the Knesset. Splitting the party and its institutions will in effect leave Gabbay without a party.

Labor sources claim that this is an extreme scenario, which could be implemented only if the party continues to wane in the polls in the coming months. However, Yisrael Hayom reports that the matter has already been discussed among Labor MKs, who even sought legal advice to examine the issue.

Legally, the move is based on the law that stipulates that if a parliamentary faction is divided, the majority of the party takes the name of the party and its institutions, while the minority will have to change its name and find another party to contend with. Due to the fact that the Zionist Camp faction has 24 MKs with six of them are members of Tzipi Livni’s Hatnuah party, it will need 10 members of the Labor Party – out of their 18 MKs – to carry out the putsch.

The leaders of the move are the opponents of Gabbay in the Labor Party. This initiative comes due to the continued deterioration of the Zionist Camp in the polls and the fact that Yair Lapid and his party, Yesh Atid, have become the seeming leaders of the leftwing against the rightwing Likud.

According to the report, even the MKs who supported Gabbay in the internal elections have recently expressed criticism of his remarks, especially his statement that “the Left has forgotten what it is to be a Jew,” which led to a large drop in the polls for the Zionist Camp.

The Labor Party said in response to the report that “Gabbay’s election as chairman of the Labor Party is apparently very troubling to the people living in Balfour [referring to Netanyahu], and that is why the readers of Yisrael Hayom [the newspaper aligned with Netahnyahu] are now enjoying these fascinating and unreal tales. We will continue our journey to victory.”