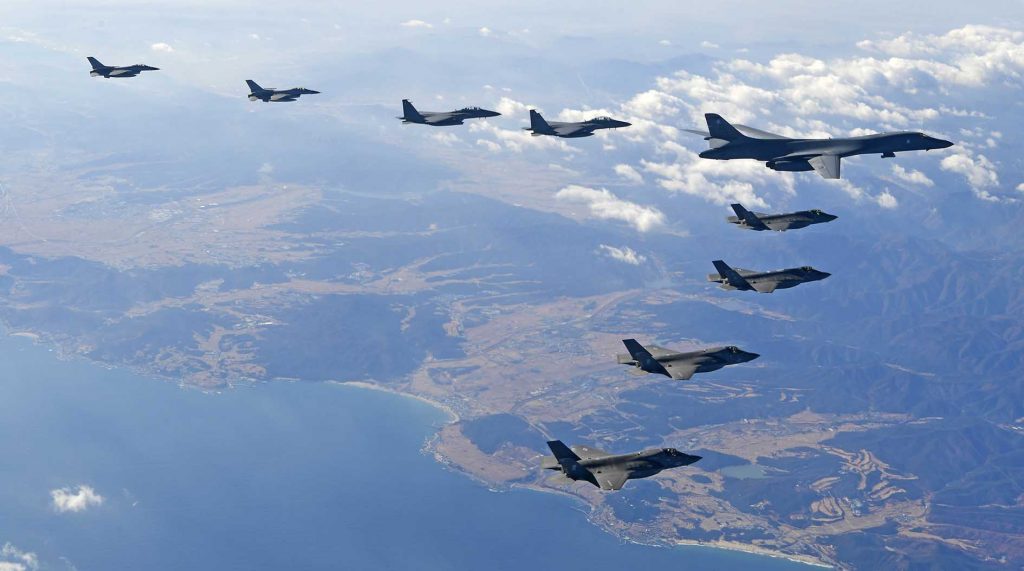 North Korea has warned if the United States goes ahead with delayed military exercises with South Korea after the Winter Olympics it will not “sit idle,” the North’s foreign minister said in a letter to the United Nations.

North Korea has not tested a missile since late November 2017 and entered into inter-Korean dialogue in January, the first talks in two years which have eased tensions after a year of escalating rhetoric between the Pyongyang and Washington.

Whenever joint military exercises took place “the peace and security of the Korean peninsula were gravely threatened and the inter-Korean mistrust and confrontation reached the top, thus creating great difficulties and obstacles ahead of hard-won dialogues,” said the letter from North Korea’s Foreign Minister Ri Yong Ho.

“We will make every effort to improve inter-Korean relations in future, too, but never sit idle with regard to sinister act of throwing a wet blanket over our efforts.”

The United States and South Korea have agreed to push back a routine early-year joint military drill until after the South holds the Pyeongchang Olympics, which begins next week.

Joseph Yun, the U.S. special envoy on North Korea, said on Thursday all options remain on the table for solving the crisis over North Korea’s nuclear missile program but that he did not think the Trump administration was close to triggering military action.

In the letter, the North also said that the United States was “misleading” public opinion by claiming its tough actions brought about the inter-Korean talks.

“The fact that a dramatic turning point has been made for peace and stability, national reconciliation and cooperation, and reunification on the Korean peninsula where a touch-and-go war danger was prevailing is entirely thanks to the noble love for the nation by respected Comrade Kim Jong Un,” it said.

“However, the U.S. authorities are misleading public opinion as if the inter-Korean dialogue is an outcome of their harshest sanctions and pressure imposed upon our country.”

In a commentary later on Friday, the North’s state media said the United States is attempting to create a “stage of confrontation” at the Olympics, saying inter-Korean talks and positive results that have stemmed from them could “disappear” after the Games.

Last month, a White House official said Pence plans to use his attendance at the Olympics to try to counter what he sees as North Korean leader Kim Jong Un’s effort to “hijack” the games with a propaganda campaign.

The talks between the two Koreas follow a year-long standoff between North Korea and the United States where an exchange of threats between the heads of state elevated tensions and prompted the North’s continued missile and nuclear tests.

President Donald Trump has credited himself with bringing about the dialogue, saying it was “a good thing.” His South Korean counterpart, Moon Jae-in, has said Trump deserves “big credit” for the resumption of talks.

A joint cultural performance had been planned in a North Korean mountain resort, but it was called off by Pyongyang earlier this week which blamed South Korean media for encouraging “insulting” public sentiment regarding the North.