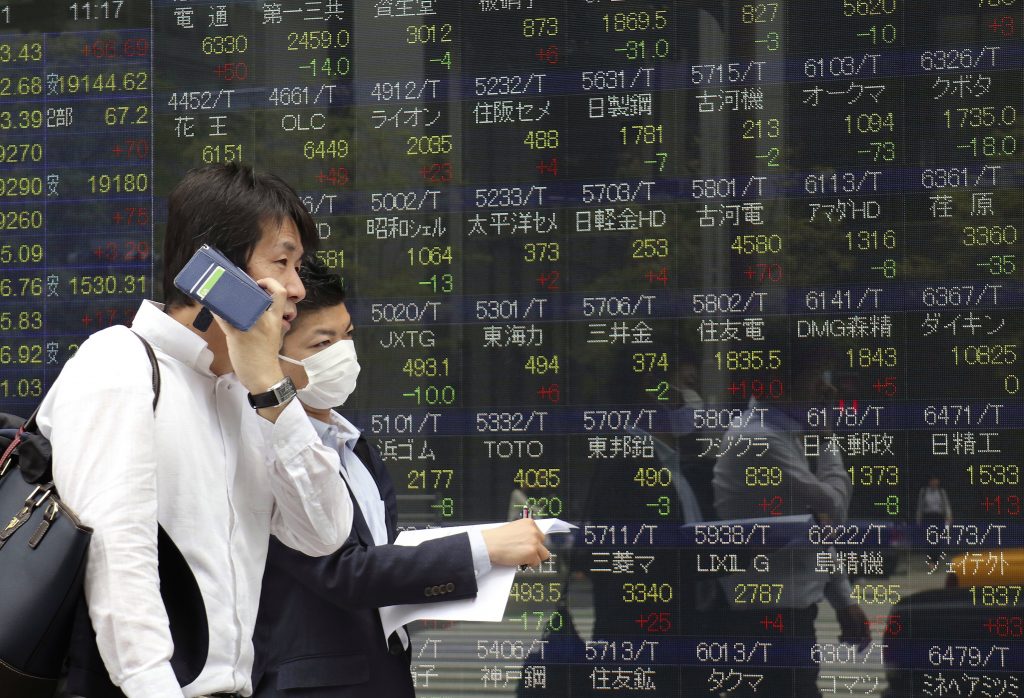 The euro neared multi-year peaks on Friday as talk of policy tightening in Europe and expectations that inflation is set to gear up boosted borrowing costs globally, a move that sparked a sell-off in Asian equities.

European shares are seen soft, with spread-betters expecting up to a 0.4 percent fall in Germany’s Dax, and smaller dips in France’s Cac, Britain’s FTSE.

Yields on 10-year U.S. Treasuries jumped to a near four-year peak, markedly steepening the curve and squeezing out investors who had feverishly bet on a tighter spread between longer-dated and short-dated yields.

The European Central Bank, for one, is widely expected to end its asset-purchase program as early as September. That has pushed five-year German Bund yields above zero for the first time since 2015. U.K. gilt prices also cheapened significantly.

Investors reacted by bidding the euro broadly higher. The single currency stood near a 2-½ year top on the yen and a three-year peak on the dollar at $1.2500.

Yet rising U.S. yields have failed to prop up the dollar index, which paused around a three-year trough.

“The currency was also dragged by U.S. politics.”

The United States is witnessing deep partisan political divisions and intra-party squabbles with lawmakers unable to find common ground on most issues. The federal government shut down last month for three days when Republicans and Democrats failed to strike a deal to fund public operations.

The dollar is not far off a 4-½ month low against the yen.

The Bank of Japan did its best to stem the rise in borrowing costs, stepping into the market on Friday with a promise to buy as many bonds as it would take to keep yields low.

Nonfarm payrolls probably rose by 180,000 jobs last month after increasing 148,000 in December, according to a Reuters survey of economists. The unemployment rate is forecast to be unchanged at a 17-year low of 4.1 percent.

Bitcoin, the world’s biggest cryptocurrency, continued to tumble after hitting a record high $19,666 in December on the Bitstamp exchange. It was last down 3.4 percent at a more than two-month trough of $8,690.

The digital coin had skidded to its lowest since November, as a leading social media company ban on cryptocurrency adverts and a growing regulatory backlash against the nascent market frightened investors.

MSCI’s broadest index of Asia-Pacific shares outside Japan slipped 0.3 percent and away from a record high.

Wall Street saw a mixed closing on Thursday with the Dow up 0.1 percent, the S&P 500 marginally off and Nasdaq down 0.35 percent.

High-profile tech companies reported after the closing bell on Wall Street, with Amazon.com surging 6 percent as it reported the largest profit in its history.

Alphabet was down nearly 3 percent in extended trade after its earnings missed estimates and Apple bounced more than 3 percent.

Oil rose after a survey showed strong compliance with output cuts by OPEC and others including Russia, offsetting concerns about surging U.S. production.