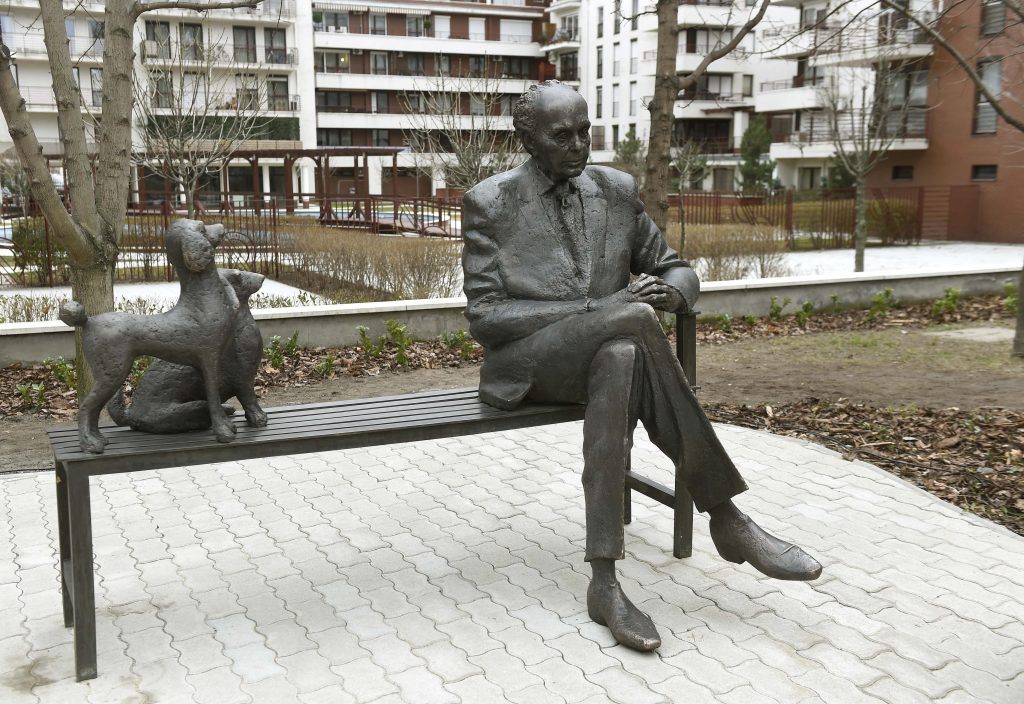 A statue of Hungarian-born U.S. Rep. Tom Lantos, the only Holocaust survivor ever to serve in the U.S. Congress, was unveiled Thursday in his childhood district in Budapest.

Lantos was known for his advocacy for democracy and human rights around the world. A California Democrat in office from 1981 until his death in 2008, he frequently visited his native country, often warning against anti-Semitism while also supporting Hungarian minorities in neighboring European countries.

“During his whole life, his heart was in Hungary,” said his widow Annette, speaking at the unveiling ceremony on what would have been Lantos’ 90th birthday.

The top U.S. diplomat in Hungary remembered Lantos as “Hungarian by birth and a dedicated American by choice,” who worked to build consensus and strengthen relations between the two countries.

“Tom Lantos called on all of us — not just those in government service, but all citizens, all human beings — to show courage in the face of fear, to smooth difficulties and correct mistakes,” said David Kostelancik, the charge d’affaires at the U.S. Embassy. “He called on us to remember that the very essence of our civilization, the belief we hold most dear, is the inherent dignity and worth of every single person.”

In a video message shown during the ceremony, former U.S. Vice President Joe Biden recalled being Lantos’ guest in Hungary. Biden said he often cited a Lantos quote in his own speeches — “The veneer of civilization is paper thin. We are its guardians, and we can never rest.”

In 1983, Lantos co-founded the bipartisan Congressional Human Rights Caucus, which after his death was renamed the Tom Lantos Human Rights Commission.

The bronze statue with a special red patina, depicting a slightly larger-than-life Lantos sitting on a bench with his favorite dogs, was created by Mamikon Yengibarian, a Budapest-based Armenian sculptor. It was placed on Tom Lantos Promenade in Budapest’s 13th district, near the high school he attended, the Berzsenyi Daniel Gimnazium.

Yengibarian said his intention was to show “a magnificent, brilliant man who is not afraid … and fights for justice and humanity until the end.”