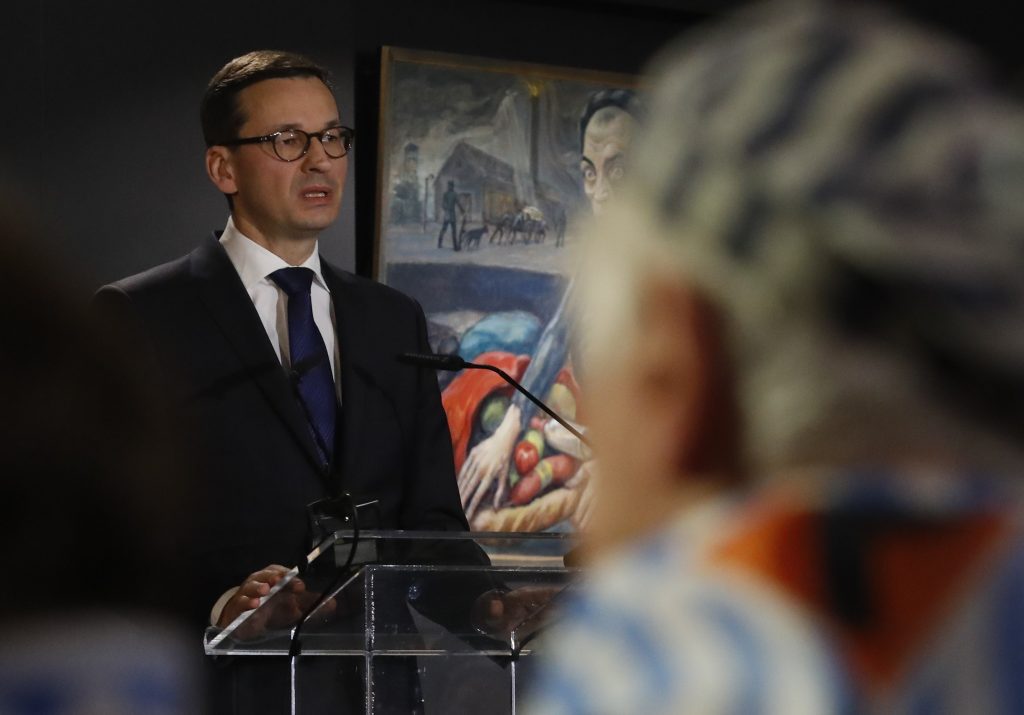 In response to the outrage of Israeli and world Jewish opinion, Polish Prime Minister Mateusz Morawiecki claimed that telling the truth about what happened during the Holocaust is a joint task for Poles and Jews and his country would never curb debate that occurs in pursuit of that goal.

Morawiecki made a broadcast address on Thursday night amid a bitter argument with Israel over Poland’s legislation that would outlaw false attributions of Nazi Germany’s crimes to the Polish state and nation.

Israeli officials have branded it as rewriting history and said they are worried such a law would inhibit research and discussions about the Holocaust.

Morawiecki said Poland will “never curb the freedom of the Holocaust debate. We owe that to all those who experienced it.”

He said Jews and Poles together experienced death and suffering at the camps Nazi Germany set up in occupied Poland and that “spreading the truth about the Holocaust” was their joint task.

Earlier on Thursday, the Wiesenthal Center joined in denouncing the Polish legislation as an “outrage” and accused Poland’s conservative government of trying to whitewash history.

The organization called it an “ill-conceived attempt to whitewash the widespread participation of individual Poles in the persecution and murder of Jews during the Holocaust.”