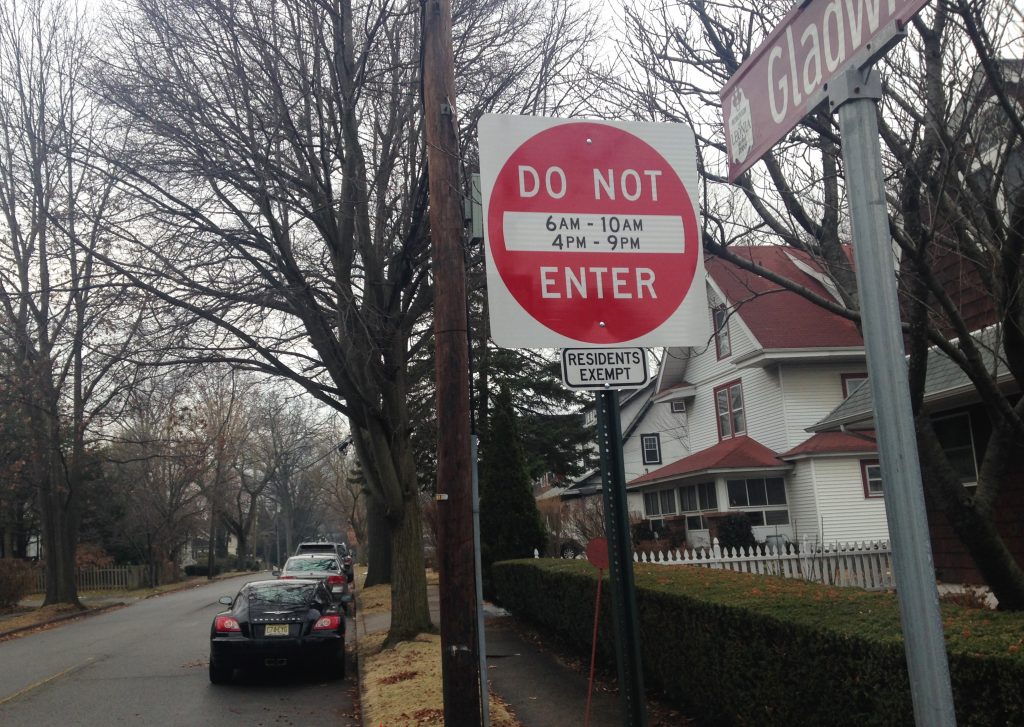 A lawyer is suing a New Jersey town that has barred non-residents from using its roads as a shortcut to the world’s busiest bridge, arguing that its action to block drivers drawn to side streets by navigation apps is illegal.

Leonia last week started barring the use of side streets to non-residents during the morning and evening commutes to and from the George Washington Bridge, which connects Fort Lee, New Jersey and New York City. Violators could face $200 fines.

Attorney Jaqueline Rosa filed a lawsuit Tuesday claiming that Leonia has no right to do that. Rosa, from nearby Edgewater, told The Record that she has had to sit in an extra 20 minutes of traffic since the restrictions were put in place and that traffic has now been pushed into neighboring communities.

“I am filing it because thousands of people are impacted by this and someone needs to have this ordinance overturned,” Rosa said. “If every town did what Leonia did, it would be absolutely ridiculous. Every single person would have to use a highway to get anywhere.”

Leonia Mayor Judah Zeigler said that he can’t comment on pending litigation but that “my job is to take action that I truly believe to be in the best interests of my constituents.”

“I’m not going to take actions that I believe are morally or legally wrong,” he said.

Leonia police Chief Thomas Rowe said studies have shown more than 2,000 vehicles often pass through town from just one of the three exits off Interstate 95. The town has about 9,200 residents and a police force of 18.

More than 140,000 vehicles cross the bridge each day, most during commuting hours, and when there is an accident, lane closure or other problem, it has a ripple effect. On one such day in 2014, a woman in Leonia was struck and dragged by a school bus and later died.

Leonia is about 2 miles (3.2 kilometers) from the George Washington Bridge, where aides to Republican then-Gov. Chris Christie were accused of deliberately closing access lanes and causing traffic jams in 2013 to spite the Democratic mayor of Fort Lee for not endorsing him. Christie denied any knowledge of the scheme, but three people close to him either pleaded guilty or were convicted at trial.

Leonia’s traffic problems have been exacerbated in the last several years as navigation apps have exploded in popularity. The apps are programmed to send motorists to faster routes, not necessarily with regard for where those routes go, Rowe said.