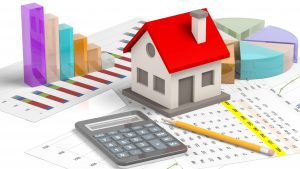 Mortgage giant Freddie Mac says the rate on 30-year, fixed-rate mortgages averaged 4.22 percent this week, highest since March and up from 4.15 percent a week earlier. They stood at 4.19 a year ago. The rate on 15-year, fixed-rate loans, popular among homeowners who refinance, rose to 3.68 percent this week, highest since July 2011 and up from 3.62 percent last week and 3.41 percent a year ago.

The five-year, adjustable rate rose to 3.53 percent from 3.52 percent last week and the highest since April 2011.

Rates are rising as the Federal Reserve attempts to control inflation amid signs of economic strength. The Fed is widely expected to raise short-term rates when it gathers again in March, though it held off at its meeting this week. The Fed raised rates three times in 2017.

The average doesn’t include extra fees, known as points, which most borrowers must pay to get the lowest rates. The fees were all unchanged this week at 0.5 points for 30-year and 15-year mortgages and 0.4 points for five-year adjustable mortgages.