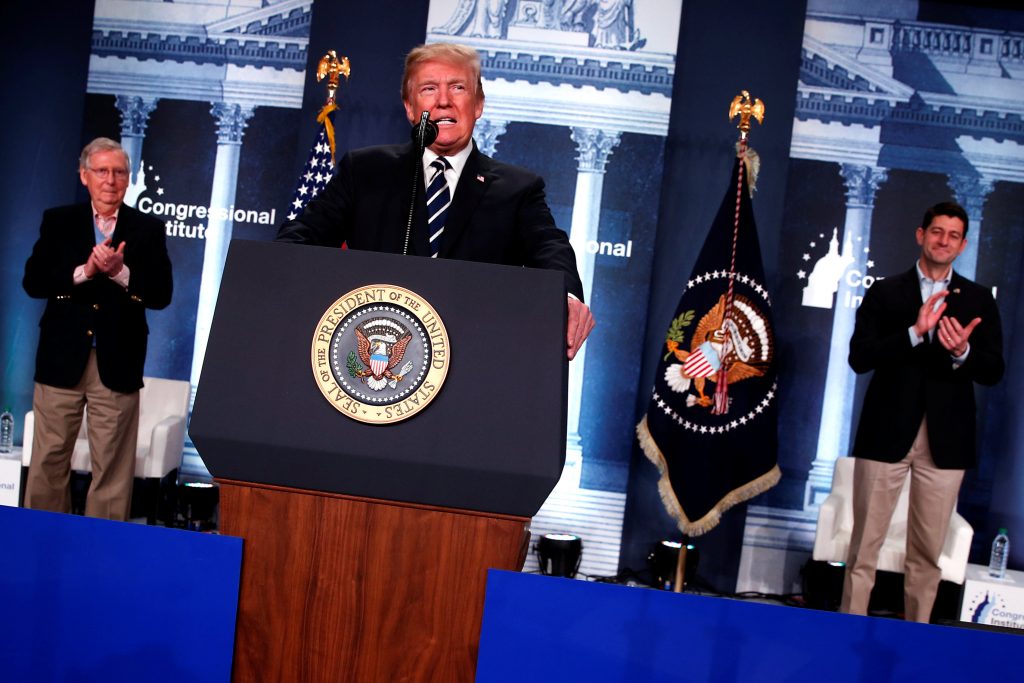 Congressional Republicans in sweater vests and fleece gathered at a West Virginia resort Thursday in search of a winning election-year agenda, facing the notion that the best they have to offer in 2018 may be a recitation of the tax cuts approved in 2017 and with the threat looming of another government shutdown.

The legislators had forums on topics such as infrastructure, national security and the economy — but noticeably not on immigration, the major issue that bedevils them.

They got a pep talk from President Donald Trump reliving passage of the tax bill and highlighting other GOP victories from his first year in office.

Republicans appear headed into the year with the idea that 2017 was when they got bigger items done and that 2018 will be a time to deal with necessary business, including spending and immigration. Infrastructure would likely require a sustained push from the president. The message for the midterms is expected to be the economy and tax cuts.

“Tax reform is working,” said House Speaker Paul Ryan, citing investments by UPS and employee bonuses by Lowes as the latest evidence. Take-home pay is going up, while consumer confidence is at a 17-year high and unemployment at a 17-year low, Ryan said.

“He understands how to bring projects in on time and under budget,” said Shuster, who added that he brought up the “elephant” in a room full of Republicans: raising the gas tax to pay for more highways.