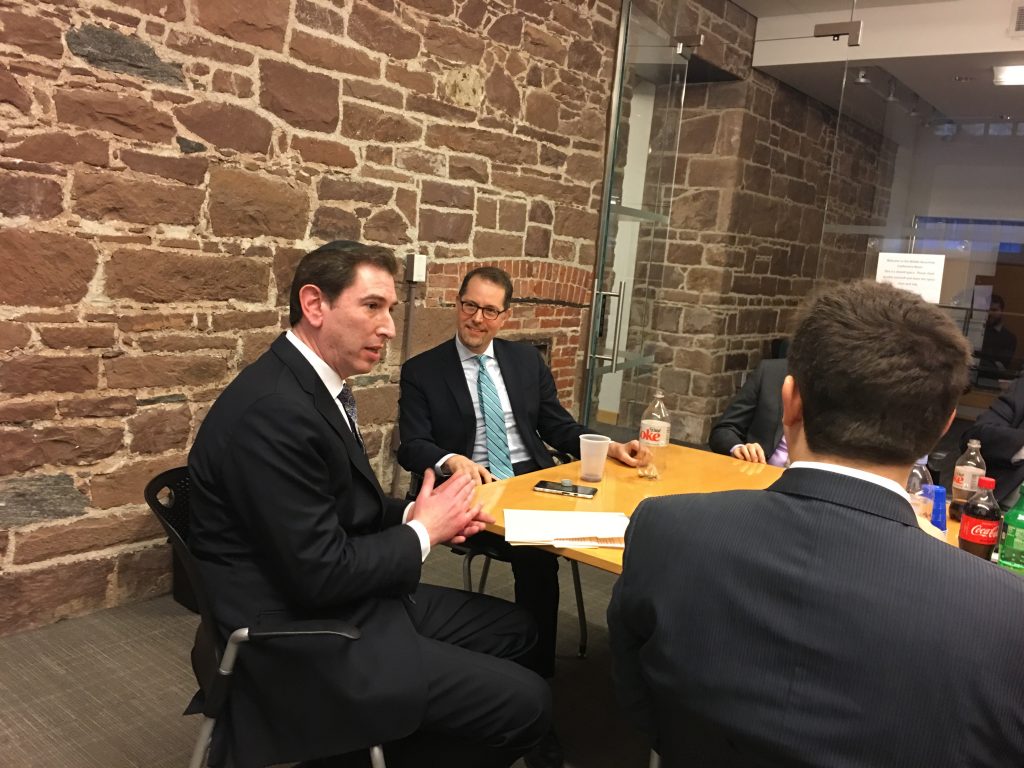 At a meeting on Wednesday afternoon, the New York City Council’s Jewish Caucus voted to elect Chaim Deutsch, a Midwood Democrats, as the new chairman of the 14-member group, taking over from Mark Levine.

Deutsch, a former head of Flatbush Shomrim, who has been in the legislature since 2013, said he would focus on boosting funding for anti-poverty programs, ensuring that Holocaust survivors have the resources they need and fighting anti-Semitism.

“I’m honored to have the confidence of my colleagues to serve as the Chair of the Jewish Caucus. I’m looking forward to building on the exceptional work of Councilmember Mark Levine, who served as chair for the last four years,” said Deutsch.

Levine, who declined to run for the seat again after Speaker Corey Johnson and the Queens delegation threw their support behind Deutsch, congratulated his successor and pledged to work with him.

“From tackling anti-Semitism to advocating for great social service agencies to supporting Israel, the City Council’s Jewish Caucus has critical work to do in the years ahead,” said Levine, an Upper West Side lawmaker who chairs the health committee.