Business ANALYSIS: It ‘Feels a Bit Like 2006’ for Stocks and the Economy; That Should Scare Us
Business 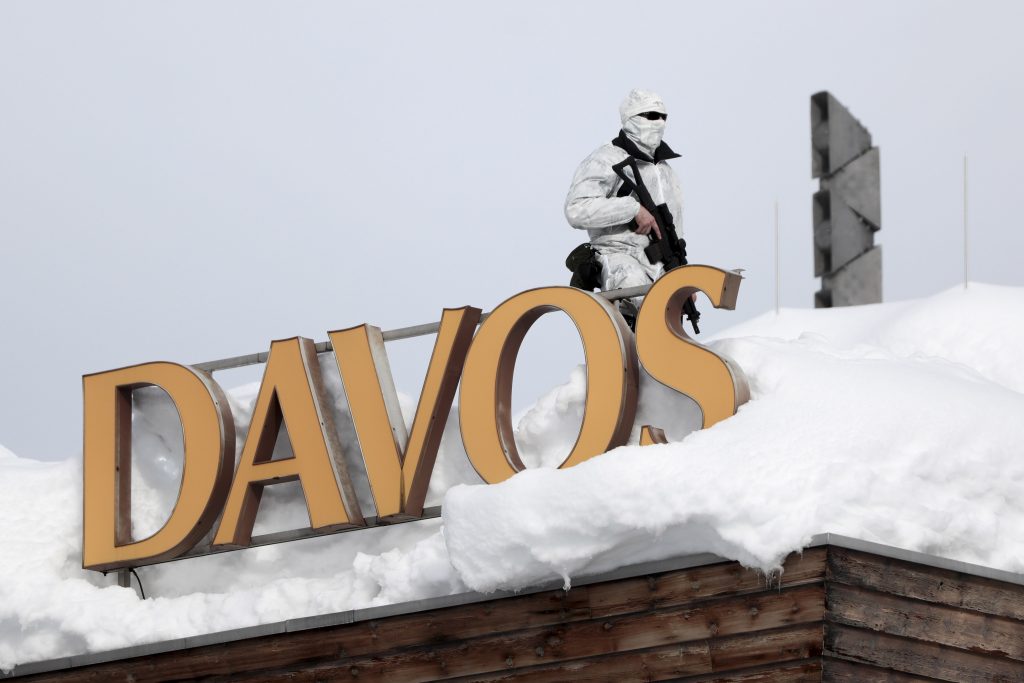 The world’s elite are partying like it’s 2006, and that should probably scare us. Top business and political leaders, who met last week in the quaint ski chalet town of Davos, Switzerland, couldn’t stop talking about the booming global economy, record stock markets and President Donald Trump’s tax cuts. They toasted the good times with bottles of bourbon that cost several thousand dollars each.

But there is something unnerving about all of this: 2006 was followed by 2008, the worst financial crisis of just about everyone’s lifetime. Some of the wisest minds at Davos said it feels eerily similar right now, and that’s not comforting.

“The biggest concern I have is no one thinks there’s a chance of a recession this year or next,” Carlyle Group co-founder David Rubenstein said. “The conventional wisdom is usually wrong.”

Citigroup chief executive Michael Corbat noted, “My biggest concern is the market is ignoring all the risks.”

So what should we be worried about? Several fears were mentioned — publicly and privately — in the midst of lavish Davos celebrations.

North Korea. Blackstone chief executive Steve Schwarzman said he is now worried about politics, not economics, and called North Korea the “main event geopolitically.” He said he thinks it’s a mistake for investors to dismiss the possibility of military action.

“No one is listening in the financial markets,” said Schwarzman, who spends a lot of time in Asia. “I think they just think it won’t happen.”

South Korea’s Foreign Minister Kang Kyung-wha tried to sound optimistic in Davos about relations with North Korea. The two countries are sending a joint team to the Olympics next month for the first time since the 2006 Winter Olympics in Turin, Italy. But even she admitted, “Should something happen, we are absolutely prepared. We have the military capacity.”

China. The Trump administration slapped tariffs on washing machines and solar panels last week, and Commerce Secretary Wilbur Ross said: “There will be more to come.” A U.S.–China trade war remains a top concern for business leaders, although they admit the rhetoric has been far worse than the actions so far.

Beyond a trade war, there’s alarm over how much debt China’s companies have taken on in recent years. The government may be flush with cash, but it’s unclear how far the government would be willing to go to rescue failing companies.

“I certainly see China as a place where they are at the early stage of this [credit crisis]. They have a lot of characteristics of a financial crisis building up,” Rogoff said.

The Federal Reserve. Several bank chief executives warned that the market is not pricing in high interest rates yet. The Federal Reserve could be forced to raise rates faster than expected if the economy really takes off this year, some warn. Or interest rates could rise on their own before the Fed acts if bond investors see more risk of inflation ahead.

“Monetary policy still seems like it’s in the vestige of a recession. There’s little capacity in financial markets to deal with rate hikes,” Barclays chief executive James Staley said. He warned the situation in the markets feels “a bit like 2006.”

The world got a little preview of this scenario Monday when the 10-year U.S. Treasury bond yield hit the highest level in nearly four years, causing stocks to sell off sharply.

“If interest rates go up even modestly — halfway toward their normal level — you will see a collapse of the stock market,” cautioned Rogoff.

“Some companies that borrowed money won’t be able to pay it back as rates rise,” Anne Richards, head of M & G Investments, said.

Another tech bubble. Over 100 U.S. start-ups are valued at over $1 billion each, according to CBInsights. These include companies like Uber, WeWork and Airbnb that have yet to go public on the stock market. At the moment, their value is determined by a small number of investors willing to pump in a lot of cash upfront.

But Rubenstein of the Carlyle Group warns there could be a big awakening on Wall Street and beyond if some of these “tech unicorns” go public at less than their last private valuation. He predicts that would rile investors and trigger fears of another Dot-com style bust.

The bottom 60 to 80 percent go bust. While business and political leaders are touting how 120 countries around the world are growing faster now than a year ago, there’s also an admission that faster growth doesn’t always help everyone. Middle class wages in the United States and Europe have stagnated in the past two decades, even as the top 10 percent have seen tremendous gains in the wealth, wages and investments.

The latest data showing that Americans are saving at the lowest levels in over a decade adds to concerns that the bottom half of the population is buying more than they have money to pay for, a scenario reminiscent of the mortgage crisis that led to the 2008-09 financial crisis. It might not be mortgages this time, but the trend could be the same.

There are also fears that inequality will fuel more populism. A new crop of leaders like Trump and British Prime Minister Theresa May have adopted more nationalistic positions, a major concern for many business leaders, although they like what they have seen so far with reduced taxes and fewer regulations.

“Even though there’s been a recovery, voters in advanced economies have soured on the establishment,” said Maurice Obstfeld, research director of the International Monetary Fund. “A turn to more nationalistic and authoritarian models could result in stalled economic performance.” Obstfeld, like many economists, is concerned about more trade restrictions that could stall global growth.

The United States failing to invest in the future. Of course, many of these risks are known — but the fear is that companies and political leaders aren’t planning for them adequately. The rebound from the 2008-2009 crisis was largely driven by more government spending and extraordinary moves from central banks around the world. At the moment, many governments remain in debt and central banks, including the Federal Reserve, still have low interest rates, making it difficult to do much right away in troubling times.

“There’s not even a Plan A,” lamented Richards of M&G Investments. “We have fewer tools to deal with the next crisis.”

Some say the biggest risk of all for the United States and much of the developed world is that political leaders aren’t seizing this period of strong economic growth to invest in infrastructure, education and research.

“From a bigger picture perspective, countries are not taking this moment to invest and make structural reforms,” Corbat of Citigroup said.

No one knows exactly what the next crisis will be. The best defense is to make the necessary tweaks to government programs and spending now, top business leaders and experts say. This is especially true for the United States as it goes up against China in the battle for global supremacy.

There’s concern that the United States is too inward-focused on the domestic political rivalries between Republicans and Democrats, and is missing the big picture fight for global supremacy in the technology and biotech era.

“There’s a big fight between Chinese and American tech companies for dominance outside their own countries,” Rubenstein said.

“The overarching risk at the moment is complacency,” Obstfeld of the IMF said. “No matter how tempting it is to sit back and look at the sunshine, policy can and should move now.”