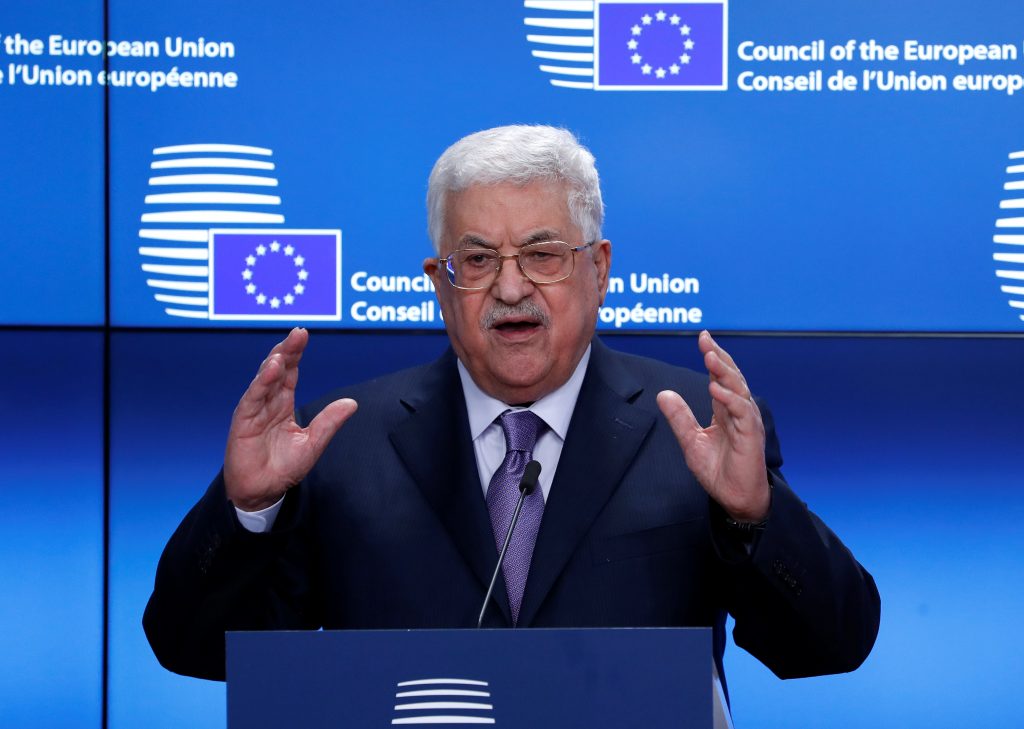 Palestinian President Mahmoud Abbas will address the United Nations Security Council on Feb. 20 during the body’s monthly meeting on the Middle East amid tensions over the United States decision to recognize Yerushalayim as Israel’s capital.

Since President Donald Trump broke from decades of United States policy with his Dec. 6 announcement on Yerushalayim, Abbas has said he will ask the council to grant full U.N. membership to the Palestinians and will only accept an internationally-backed panel to broker any peace talks with Israel.

“This will be a good thing for members of the Security Council to listen to the president himself,” said Kuwait’s U.N. Ambassador Mansour Ayyad Al-Otaibi, president of the council for February. “No council members rejected this proposal.”

U.S. Ambassador to the United Nations Nikki Haley told the Security Council last week that Abbas lacked “the courage and the will to seek peace.”

Trump has threatened to withhold aid to the Palestinians if they did not pursue peace with Israel but Abbas has said the United States had taken itself “off the table” as a peace mediator in recognizing Yerushalayim as Israel’s capital.

Israel’s U.N. Ambassador Danny Danon accused Abbas of “seeking to put an end to any possibility of negotiations with Israel” with his address to the 15-member Security Council.

“Abbas is completely misreading today’s reality and harming the prospects for a better future for his people,” Danon said in a statement on Thursday.

Al-Otaibi said Israel had not yet asked to send a high-level representative to the council meeting.

In 2012, the U.N. General Assembly granted de facto recognition of a sovereign Palestinian state when it upgraded their status to a “non-member state” from an “entity.”

However, the U.N. Security Council has to recommend a state for full membership to the General Assembly, which then needs to approve it with a two-thirds majority. The United States would likely veto a Palestinian bid in the Security Council.

In December the 193-member General Assembly adopted a resolution calling for the United States to drop its recognition of Yerushalayim as Israel’s capital.

Trump had threatened to cut off financial aid to countries that voted in favor. A total of 128 countries backed the resolution, which is non-binding, nine voted against and 35 abstained. Twenty-one countries did not cast a vote.