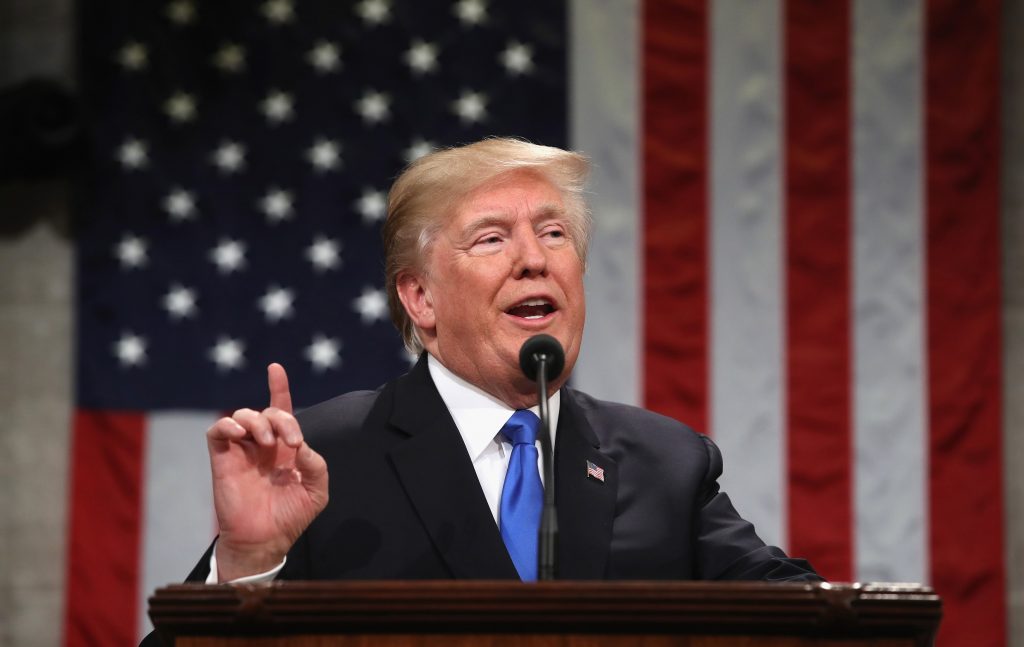 Democrats and union leaders expressed alarm after President Donald Trump asked Congress in his State of the Union speech to make it easier for him to fire federal workers, a proposal that would undermine longstanding protections for U.S. civil servants.

J. David Cox, president of the American Federation of Government Employees, said Mr. Trump’s call for more power over the federal workforce was “concerning” because it could allow the president and his Cabinet to fire workers who have different political views.

“Obviously if you’re running Trump Enterprises, in the private sector, you get to hire and fire anybody you want to,” he said. “But we’re running the United States of America that is governed by the Constitution.”

Concerns about the vulnerability of federal employees to political pressure were highlighted this week after FBI Deputy Director Andrew McCabe announced he would step down following repeated public criticism by Mr. Trump.

The proposal was among several in the speech that undermined his attempt to make a bipartisan appeal to the American public. As with his demand to curtail immigrants’ ability to sponsor relatives for entry into the U.S., the stance targets a constituency important to Democratic lawmakers.

“I was particularly disturbed that the president chose to demagogue hard-working federal employees, who are already being asked to do more with less with every passing year in service to their country,” Democratic Senator Mark Warner of Virginia said Tuesday in a statement responding to Mr. Trump’s speech. Many of Warner’s constituents in the capital’s suburbs are federal employees.

“All Americans deserve accountability and respect – and that is what we are giving them,” Mr. Trump said in his State of the Union speech. “So tonight, I call on the Congress to empower every Cabinet Secretary with the authority to reward good workers – and to remove Federal employees who undermine the public trust or fail the American people.”

Mr. Trump has long sought to exert more power over the federal workforce despite laws and regulations that protect civil servants from being swiftly dismissed from their jobs. Mr. Trump has left hundreds of federal positions vacant, and has said he wants to scale back the size of the government workforce.

During the speech, Mr. Trump referred to the VA Accountability Act, a bill he signed last year that makes it easier for officials to fire workers at the Department of Veterans Affairs. Mr. Trump boasted that more than 1,500 employees have been dismissed from the VA since then.

In April, Office of Management and Budget Director Mick Mulvaney sent out a memo describing a plan for “reforming the federal government and reducing the federal civilian workforce.”

“Agencies should determine whether their current policies and practices are barriers to hiring and retaining the workforce necessary to execute their missions as well appropriately managing and, if necessary, removing poor performers,” Mulvaney wrote in the memo.

At the State Department, Secretary Rex Tillerson has said his restructuring effort is a top priority. Several career diplomats have opted to retire and many key posts have been left unfilled a year into Mr. Trump’s tenure.

Mr. Trump proposed cutting the budget for the Environmental Protection Agency by 30 percent last year, including cutting hundreds of jobs.

There are several laws that protect federal workers from being easily dismissed. Career civil servants can’t be fired without cause or for politically-motivated reasons. Of more than 2 million federal workers, only 3,489 were dismissed for performance issues in 2013, according to a 2015 report by the Government Accountability Office.

Prior to the Pendleton Civil Service Reform Act of 1883 and subsequent laws that expanded the civil service system, federal government jobs were often doled out by the political party controlling the White House to reward supporters and their friends and relatives. The patronage system had been widely criticized for incompetence, corruption and bribery in the federal workforce and the reform was instituted after a disappointed office-seeker assassinated President James Garfield in 1881.

Rep. Todd Rokita, a Republican from Indiana, proposed legislation last year that would make all new federal employees “at-will” workers eligible for removal without the right to appeal. The bill has not yet been approved by Congress.