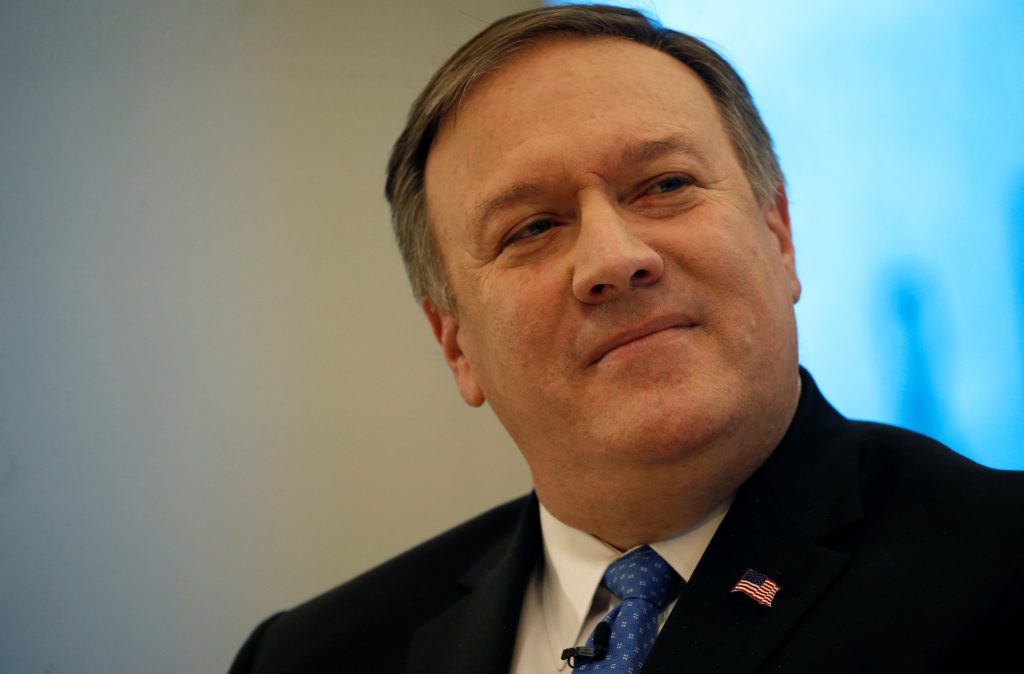 Two top Russian spy chiefs traveled to Washington last week to discuss counterterrorism issues with CIA director Mike Pompeo, but the unusual visit also raised concerns among some U.S. officials that Moscow could interpret the encounter as a sign the Trump administration is willing to move beyond the issue of election interference, current and former U.S. intelligence officials said.

Pompeo met with Sergey Naryshkin, the head of Russia’s Foreign Intelligence Service or SVR, and Alexander Bortnikov, who runs the FSB, which is the main successor to the Soviet-era security service the KGB. The head of Russia’s military intelligence, the GRU, also came to Washington, though it’s not clear that he met with Pompeo.

A senior U.S. intelligence official based in Moscow was also called back to Washington for the meeting with the CIA chief, said a person familiar with the events, who, like others, spoke on the condition of anonymity to discuss the sensitive meeting.

The meeting, which addressed the countries’ mutual interest in preventing terrorist attacks, took place amid high tensions between Russia and the United States over a Kremlin-directed campaign to interfere with the 2016 elections. The U.S. intelligence community concluded in a 2016 report that Russian President Vladimir Putin ordered the interference operation, and three congressional committees and a special counsel are investigating any possible coordination between Trump associates and Russian agents during the campaign.

Meetings between U.S. and Russian spy chiefs aren’t unheard of and Pompeo himself met with some Russian intelligence officials when he visited Moscow last May.

But current and former U.S. intelligence officials said they couldn’t recall so many heads of Russia’s espionage and security apparatus coming to Washington at once and meeting with a top American official. They worried the Kremlin could conclude the United States is open to forgiving Russia for its actions and wasn’t resolved to forcefully prevent future meddling.

A description of the meeting sent to U.S. intelligence officers portrayed Russia as a partner willing to work with the United States and said the countries should look for ways to cooperate on counterterrorism issues.

There is now friction between the operational elements of the U.S. intelligence community, who want to step up action to punish and deter what they see as a rising threat from Russia, and the White House, which is looking for ways to repair the U.S.-Russia relationship, according to current and former U.S. officials.

President Donald Trump has called many times for reconciliation with Russia, arguing that the country is an essential partner to addressing security challenges in Iran, North Korea and elsewhere. During a trip to Asia in November, the president said Russia had been “very heavily sanctioned” and urged “it’s now time to get back to healing a world that is shattered and broken.”

On Monday, the Trump administration unveiled a list of more than 200 Russian government and business figures who could face sanctions in the wake of Russia’s election meddling. But Democrats criticized the list, saying it had been cobbled together from publicly available sources, including Forbes magazine’s list of the wealthiest Russians. In Moscow, the provenance of the list was roundly mocked, even as officials expressed irritation at the U.S. action.

Democratic lawmakers on Tuesday also demanded to know why Naryshkin, who is on the sanctions list, was allowed to enter the United States. “The Trump administration must immediately come clean and answer questions. Which U.S. official did he meet with?” Sen. Charles Schumer (D-NY), the minority leader, told reporters.

“While we do not discuss the schedules of U.S. intelligence leaders, rest assured that any interaction with foreign intelligence agencies would have been conducted in accordance with U.S. law and in consultation with appropriate departments and agencies,” a CIA spokesman said.

The meeting dealt in part with cooperation on counterterrorism issues, said people familiar with the proceedings. The United States and Russia do occasionally share information about threats to each other’s countries, but it is not a robust process and doesn’t compare to the close cooperation the United States has with its Western allies.

Some intelligence officers have said they see a disconnect between the administration’s desire for rapprochement and public statements from intelligence leaders that Russia will continue to try to disrupt the U.S. democratic process.

Just this week, Pompeo warned in an interview with the BBC that Russia was still a threat to American elections. “I haven’t seen a significant decrease in their activity,” he said.

One U.S. official said the director’s tough public remarks seemed at odds with some of the private messages that the agency is receiving to look for ways to work with Russia.