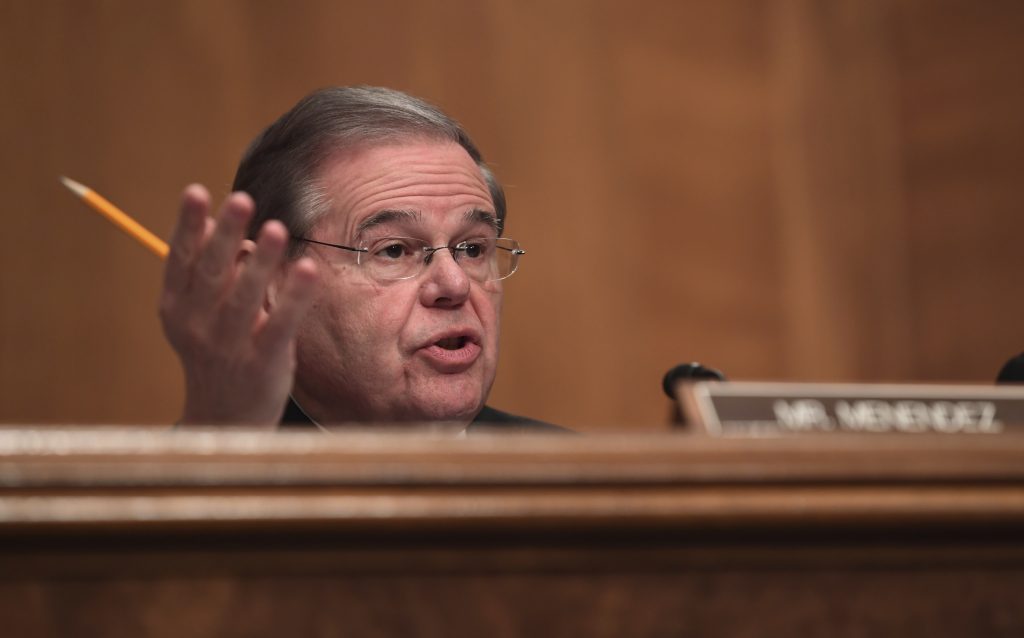 Federal prosecutors decided Wednesday not to retry Sen. Bob Menendez on corruption charges that ended in a hung jury last fall, lifting the legal cloud hanging over the New Jersey Democrat as he gears up for re-election this year to the closely divided Senate.

Menendez, 64, was charged with trading his political influence for gifts and campaign donations from wealthy Florida eye doctor Salomon Melgen, 63. Both denied the allegations, and their 11-week trial ended in November with the jury hopelessly deadlocked.

“From the very beginning, I never wavered in my innocence and my belief that justice would prevail,” Menendez said in a statement. “I am grateful that the Department of Justice has taken the time to re-evaluate its case and come to the appropriate conclusion.”

Prosecutors abandoned the case after a judge last week threw out the bribery charges related to Melgen’s campaign donations. Eleven charges remained before Wednesday’s decision, including bribery, fraud and conspiracy.

The investigation dated to late 2012 after a story appeared on a conservative website.

The probe widened to examine the relationship between the two men, who have known each other for more than 20 years.

The two men were indicted in 2015, charged with operating a scheme in which Menendez allegedly used his political clout in exchange for trips on Melgen’s private jet to his Dominican Republic resort, a Paris vacation and other inducements.

The senator’s attorneys contended Melgen’s gifts were tokens of friendship, not bribes, and argued that Menendez’s meetings with executive branch officials were focused on broader policy issues than just Melgen’s business interests.

Jurors later told reporters as many as 10 members of the panel were in favor of acquittal on all counts, leading many to speculate the government wouldn’t pursue a retrial.

In throwing out the bribery counts involving the campaign contributions, U.S. District Judge William Walls said the government failed to show there was an explicit quid pro quo, or “this-for-that” agreement, connecting the donations and Menendez’s actions.